Looking great!
Don’t forget to fully treat and paint the inner sill before you put the closure panels in. I figured seam sealer was a good bet in there too. It’s incredibly difficult to get in there with a brush or spray gun.
Greta: 85’ LHD 2.5L Subaru 14in Syncro
http://forum.club8090.co.uk/viewtopic.php?t=165773
Top

I meant etch prime, seal and colour coat rather than just an after paint treatment. As it says all over BW on their panels, don’t rely on the factory black on new panels.
The waxoyl is a defo though once she’s finished, don’t be tempted to use it as you go along though, the wax will react with any paint you use after.
Greta: 85’ LHD 2.5L Subaru 14in Syncro
http://forum.club8090.co.uk/viewtopic.php?t=165773
Top

So I should use etch prime on those black panels, and bare metal too? I had a acrylic primer lying around which I’ve been using, but it’s mostly used up.
'88 Transporter with hitop camper conversion, 1.6td.
Top

So I should use etch prime on those black panels, and bare metal too? I had a acrylic primer lying around which I’ve been using, but it’s mostly used up.


The weld through primer isn’t great to paint over, but it will protect in the joints between welded panels better than nothing. I would sand most of it off with 4 or 500 grit before priming properly, no need to be meticulous just most of it off.
Correct - etch primer for bare metal, it’s going to key everything else to the metal. It’s thin enough that a quick skiff over the edges will feather it out and not leave an edge.
Acrylic primer or whatever you use over the whole lot to actually protect the body work. That’s another reason you’ll see Hi Solids or HS primer used, it goes on nice and thick and prevents dings breaking completely through to paint as well as hiding slight imperfections. Most primers are porous, the exception being epoxy primers like the Commercial Vehicle range from Glasurit which are fully waterproof like a colour coat. The difference? Epoxy is much harder, protects a lot better but is very expensive, my 5l of CV Epoxy primer and activator was nearly £300 for 5L, yes that’s right three hundred. Much better than the original stuff VW used and way overkill for a regular paint job on an average motor, but I want it to really last. In theory it will last longer than the original paint.
The colour coat is essentially there for a sealed layer and to look pretty.
Greta: 85’ LHD 2.5L Subaru 14in Syncro
http://forum.club8090.co.uk/viewtopic.php?t=165773
Top

Has anything else happened?

Loads! Mostly the usual chaos of family life that is driven by the usual guilt and dreams. For instance, this month I have been mostly selling my house. Next month I shall probably be mostly buying another, and then the month after that I shall be mostly moving house. As the motivation is downsizing, the potential new house may have a smaller garage. Imagine my joy...
'88 Transporter with hitop camper conversion, 1.6td.
Top

Oh dear, I feel for you. I assume you aren't going to get the van finished before the potential move, so what does that mean ?

Could you get somewhere smaller with a larger garage

I’ll get it fit for a vehicle transporter, and there’s also possibilities of renting and sharing garage space. My better half put a speculative wanted ad on gumtree and a couple of people got in touch saying they were after the same.
'88 Transporter with hitop camper conversion, 1.6td.
Top

Seen a couple of places with big single garages, but the market here is a sellers market, just no chance of getting an offer accepted without having sold first. Might have to rent for a while too, if we don’t find a place to buy. But only one child at home now so not too disruptive.
'88 Transporter with hitop camper conversion, 1.6td.
Top

And I know that overall I am actually in a very lucky position compared to the majority of people in this country.
'88 Transporter with hitop camper conversion, 1.6td.
Top

Hi mate.
Good luck with the move. are you staying in the same area?
I've been tempted to downsize too, I need a smaller house and a bigger garage.

Aye, same area (a few years school left for our youngest, and it’s a great school for her), but most likely smaller house and smaller garage, or rent/borrow a garage elsewhere

. But, I should have more time available?
'88 Transporter with hitop camper conversion, 1.6td.
Top

Back at it over the last week, the impediment that’s got in the way over the last year is no longer in the picture.
So... Fill this gap... 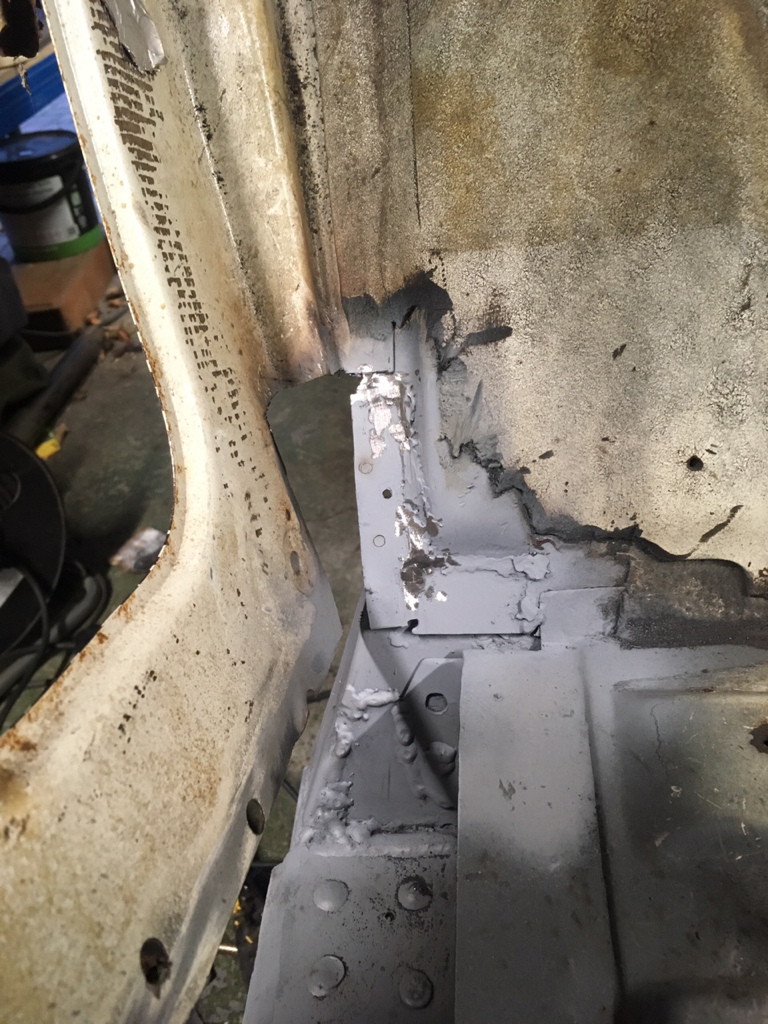 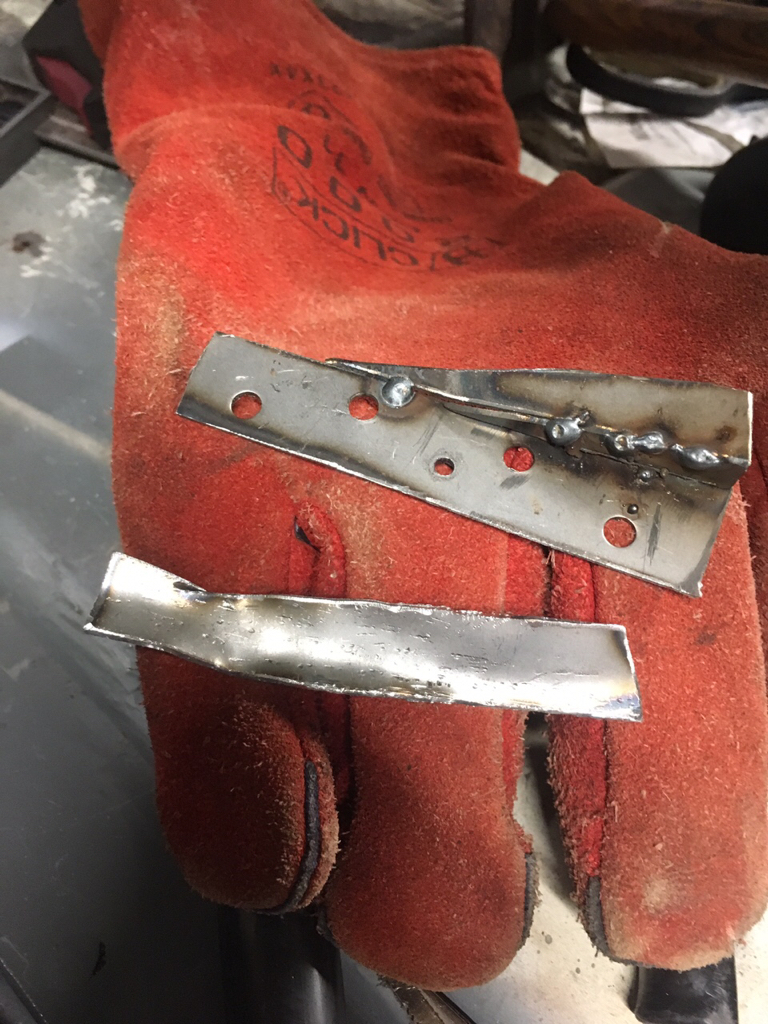 Fix the cover plate to the triangular reinforcement... 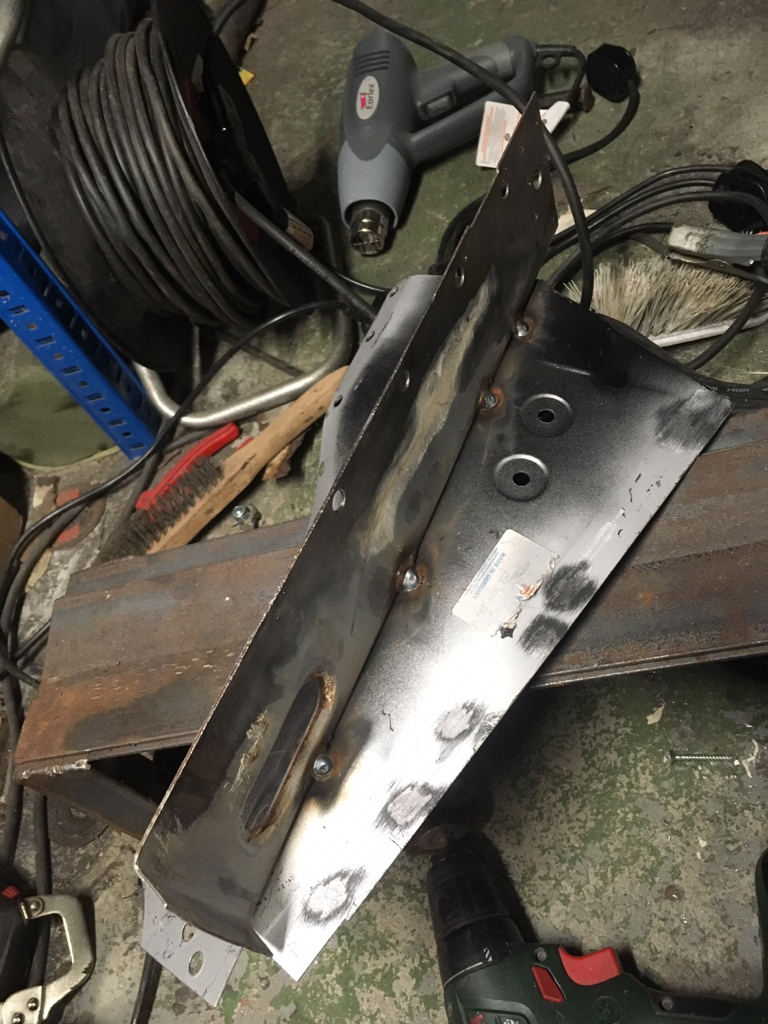 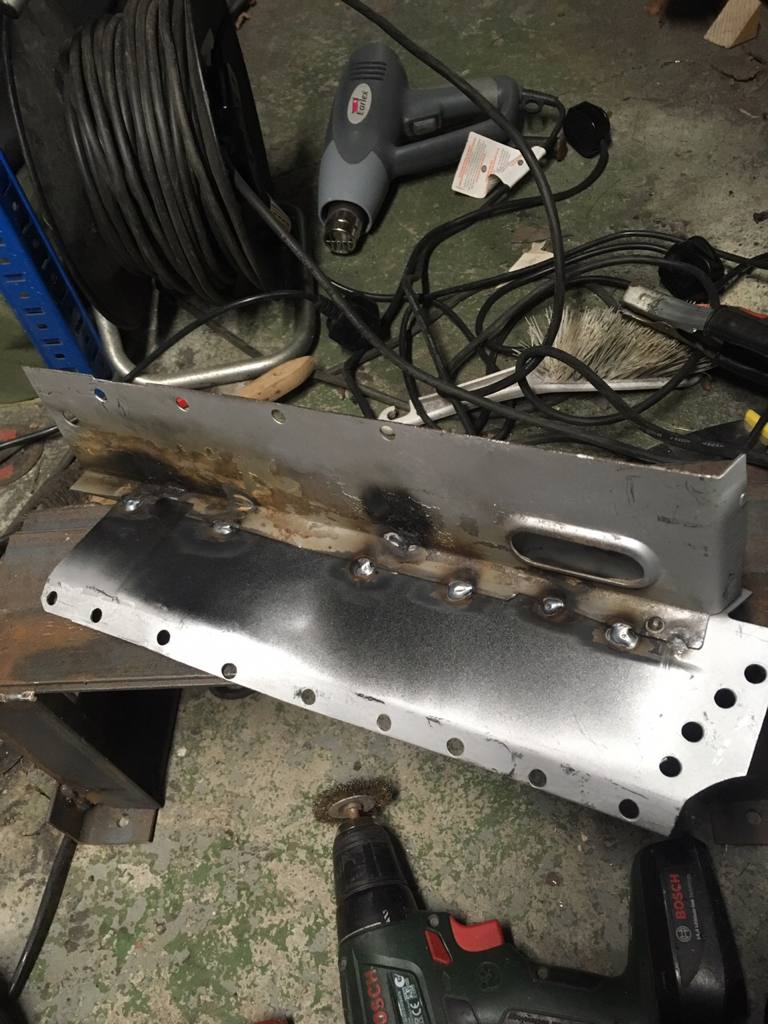 Fix both in position 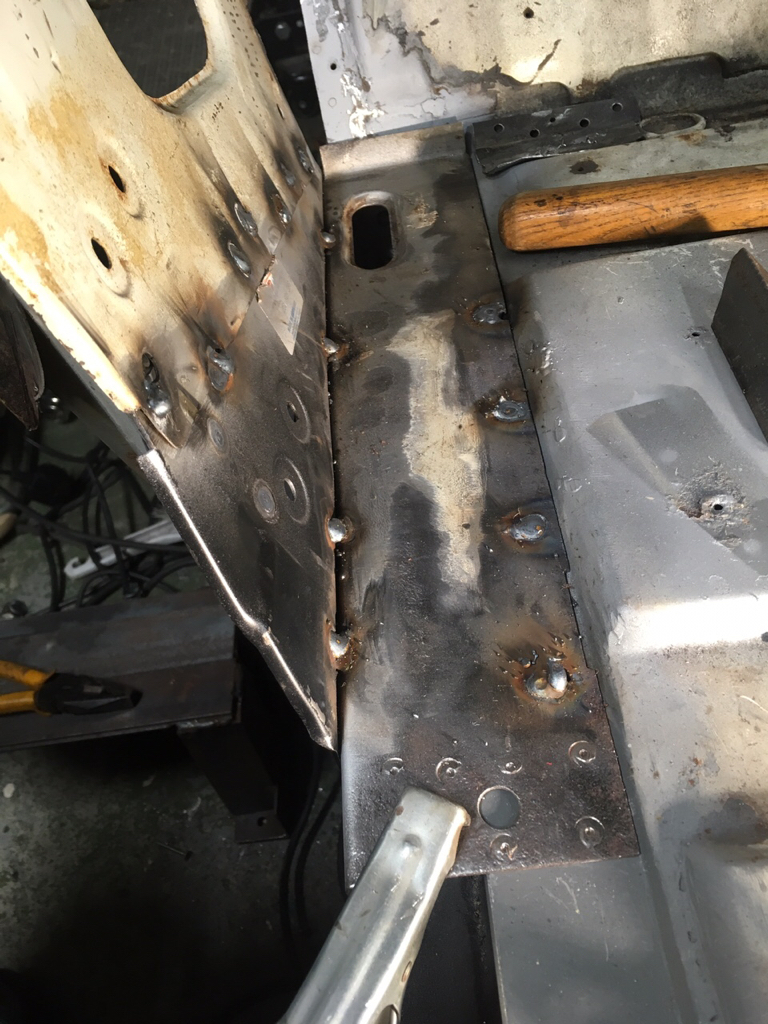 Leaving the welds fixing the bottom edge of the triangular reinforcement till last. 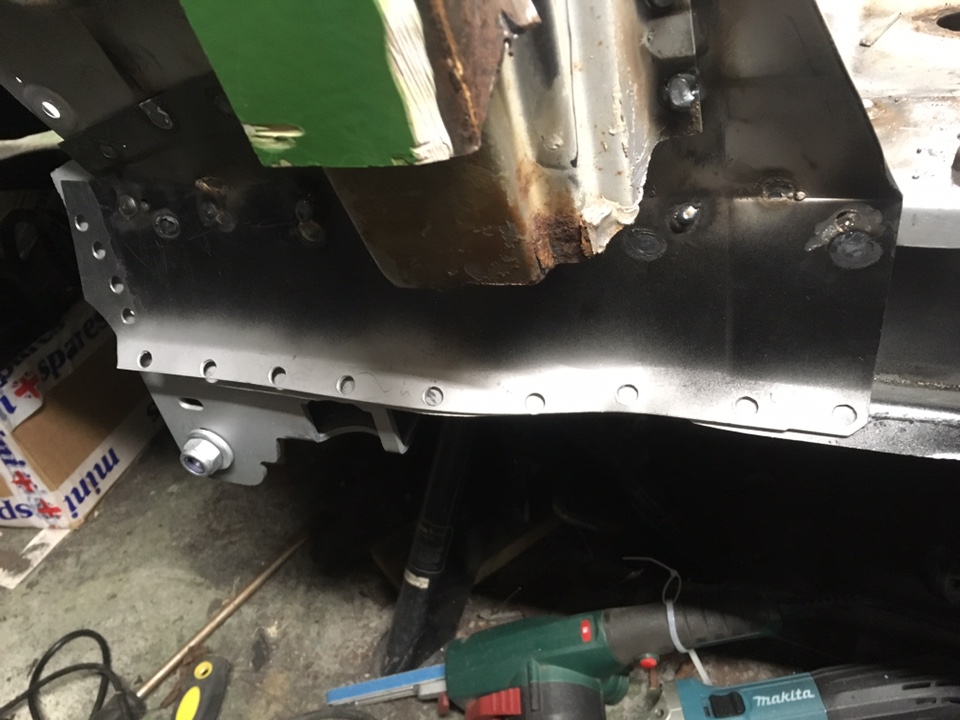 And the wee fabricated piece should fill the hole at the end.