Always investigate a persistent smell of petrol - Do not ignore

Replacement fuel hose has internal diameter of 7mm and you'd need 2M to do from tank to carb (2WD). The cheap stuff from GSF with material exterior, just keep an eye on it as you can't see the hose breaking-down inside the external cover. Don't use cheap jubilee clips, get proper fuel hose clips (requiring proper crimping tool) or those fuel clips using a small nut & bolt (but not Jubilee clips) . The best stuff has a fabric material sandwiched between two layers of rubber. See separate sub-section on quality issues!

If you have just bought your bus do them all so you know that they have been done. The best stuff has the braiding sandwiched between two layers of rubber as you look at it in cross section, the one with braiding on the outside is not recomended as you cannot inspect the condition of the rubber; that said fuel lines can degrade from the inside out so an external inspection is not always reliable. Use proper fuel line clips, not small jubilee clips as they can pinch the hose and damage it, or not close up uniformly. Replace the line from the carb to the solid line that comes into the engine bay as a priority.

Good fuel line and clips are sold at Halfords.

Use proper fuel-hose clips, NOT overtightened small Jubilee clips which lose circularity when used in this way. Proper fuel-hose clips generally use a nut and bolt to tighten them, have a small diameter/size tolerance, so get.match the correct ones.

Pay attention to every part of the fuel feed system, even the stub-pipe fitting into the carb (part of the carb, especially on Solexes - Petrol engines aircooled - Fuel Leaks

ronsrecord: Here's why it's important!

Just changed this hidden 2 inch piece of fuel pipe going into the engine bay. soaking with petrol and leaking!! 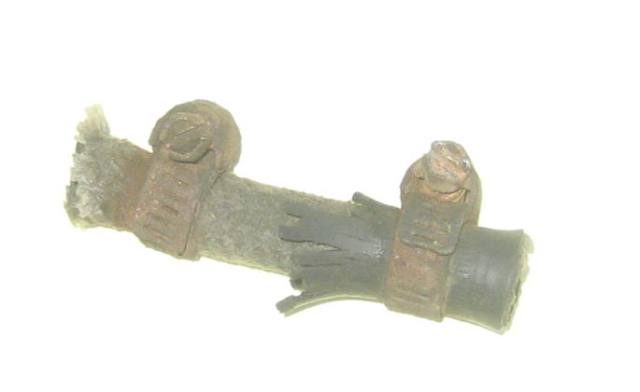 Some later vehicles have a plastic Tee-piece mounted on the engine bulkhead - these can perish and crack and have been known to be the cause of escaping petrol and fires. Injection models (2.1 DJ, MV etc) are at even greater risk due to higher pressure in fuel lines, any small leak leads to sprayed fuel, then vaporised and if ignited a fire. Yes, we are trying to worry you, so all owners check/inspect so reducing this likelihood of VW van/bus petrol fires...

Float valves on carburretor engines have been known to stick, so with an electric fuel pump filling the inlets and subsequently the sump via draining down. This is dangerous! If the engine hydraulic locks, or the oil level appears to have risen, then this could be one reason... either fuel or water in sump.

Case History: Woke up this morning and the van was smelling of petrol and it was slowly dripping out of bottom of the dipstick, the fuel pump must be dodgy or and the float sticking on the carb (gravity through the night?)

In the event of an engine bay fire

Firstly - YOU HAVE GOT A FIRE EXTINGUISHER TO HAND HAVEN'T YOU !

It has been suggested by Club 80-90 member Mr T'Onion ( and imho, I agree with him ) that the best way to attack the fire is through the number plate flap. It has so many advantages over spending 4 desperate minutes getting to the engine bay hatch. It prevents fresh air getting at the fire (the "don't open the door syndrome") and is safer, as flames won't leap out at you when you take the hatch off.

Club 80-90 member Citizen Smith adds this = the most important thing to do is turn off the ignition and isolate the battery as soon as you even suspect a fire. Foolish you if you don't have a battery isolator.

Read this topic by Simon Baxter also to glean an idea of the problem, and the possibility of fuel contamination Filler/filling problems - Important!

T25 fuel tanks have a depression in them on the top that collects water and dirt. This corrodes the tank top allowing fumes and sometimes fuel to leak. If aftre filling up you smell fuel, or if the tank won't take a fll fuel volume, combined with very poor mpg, then suspect a problem with the filler neck, filler tube, tank breather system or rusted and perforated fuel tank (quite common now these are all approaching 20 yeasr old with some 25 and more.

2WD vans/buses also have two overflow tanks in the wheel arches which also can be the problem, with their pipework and the tanks themselves.

Fake, counterfeit, mis-marked, poor or sub-standard quality as well as simply choosing the correct specification fuel-hose for the fuel and position of the hose on the vehicle.

Some fuel hose currently being retailed, even bearing correct markings, can quickly perish, swell and leak. When you have replaced a fuel line, re-inspect it monthly and annually - Read this 8090 thread: Problem with new Pearl Products fuel hose

Phade: The very first thing I will say is never get fuel hose from GSF. That hose is totally unsuitable for today's unleaded petrol and will perish within 2 months if you are lucky. They are more dangerous than they are worth (I very nearly learnt this the hard way on my 1300 Beetle) !!

The best fuel hose for any petrol vehicle is one that complies with SAE J30 R9 (R7 will also do). Those fuel hoses may be available from a local motor factor, but they are also available from Volksbolts (aka "Hairy Yeti" on the Volkszone forum).

The injected models use a special high pressure hose in the engine bay, thankfully a higher quality grade and longer lasting. I would recommend dealer only for this.

Syncros have a 70 litre plastic saddle tank over the gearbox and the filler is at the rear. However, they suffer from similar problems and filling/leakage as their 2WD cousins, with some specific differences.