(Not so sweet) Caroline

Brilliant! That’s just what I was looking for. I see it does go through that slot. 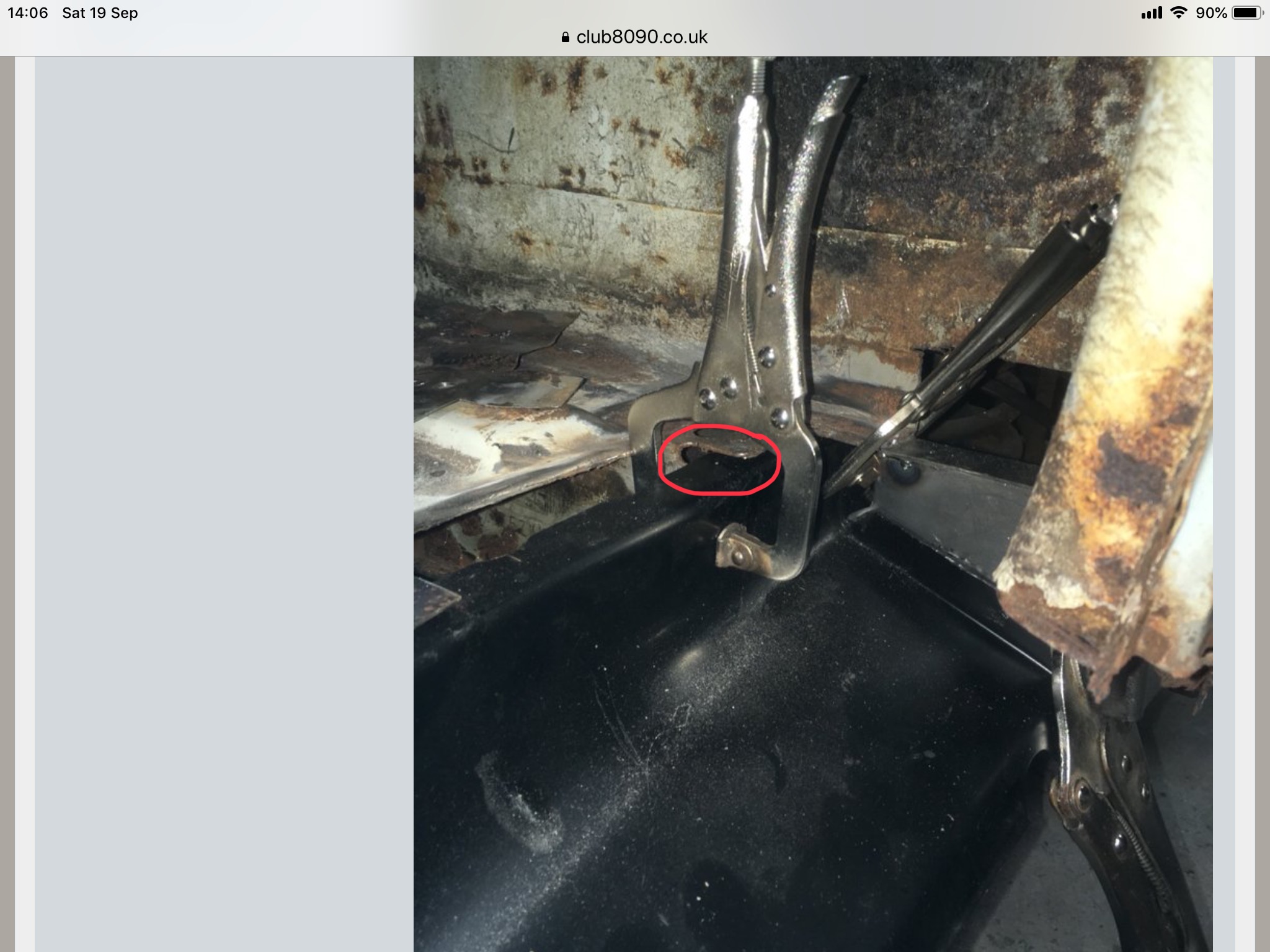 And the front repair is exactly the same as I need to do, that really helps. Can’t get a reference point for the sill until it’s got something firm to fix to.
I’ll be honest, I really am crap at getting straight cuts on any thing. I think it’s because I’ve been using really thin discs, I can see them bending sometimes while I’m cutting. I’ve got a cut off tool now , so might use that where I can.Bit scared about cutting the centre panel in. It’s a good panel and goes right the way up. Might even joddle it in then weld it.
Ive temporarily put the new swing arm on so I can see where it all goes. Cutting straight lines - I feel your pain. My first attempts at cutting panels out were horrible, left me with a right mess to fix. What helps me is drawing a line to follow (Sharpie?) and a smaller angle grinder. My old monstrous Lidl grinder packed up and I got a Makita, shorter, lighter, and a power button with a positive click-on position rather than a button to hold on. Much easier.
'88 Transporter with hitop camper conversion, 1.6td.
Top

Looks like rain stops play today, so a quick update.
This is now officially turning into a nightmare. As I said before, every panel down this side seems to be interlinked to another. While setting up the new swing arm. I test fitted the inner sill. The front edge can only fit against one surface, but the angle needs to be right to take the outer sill. I am going to have to repair the C pillar to take the outer sill. 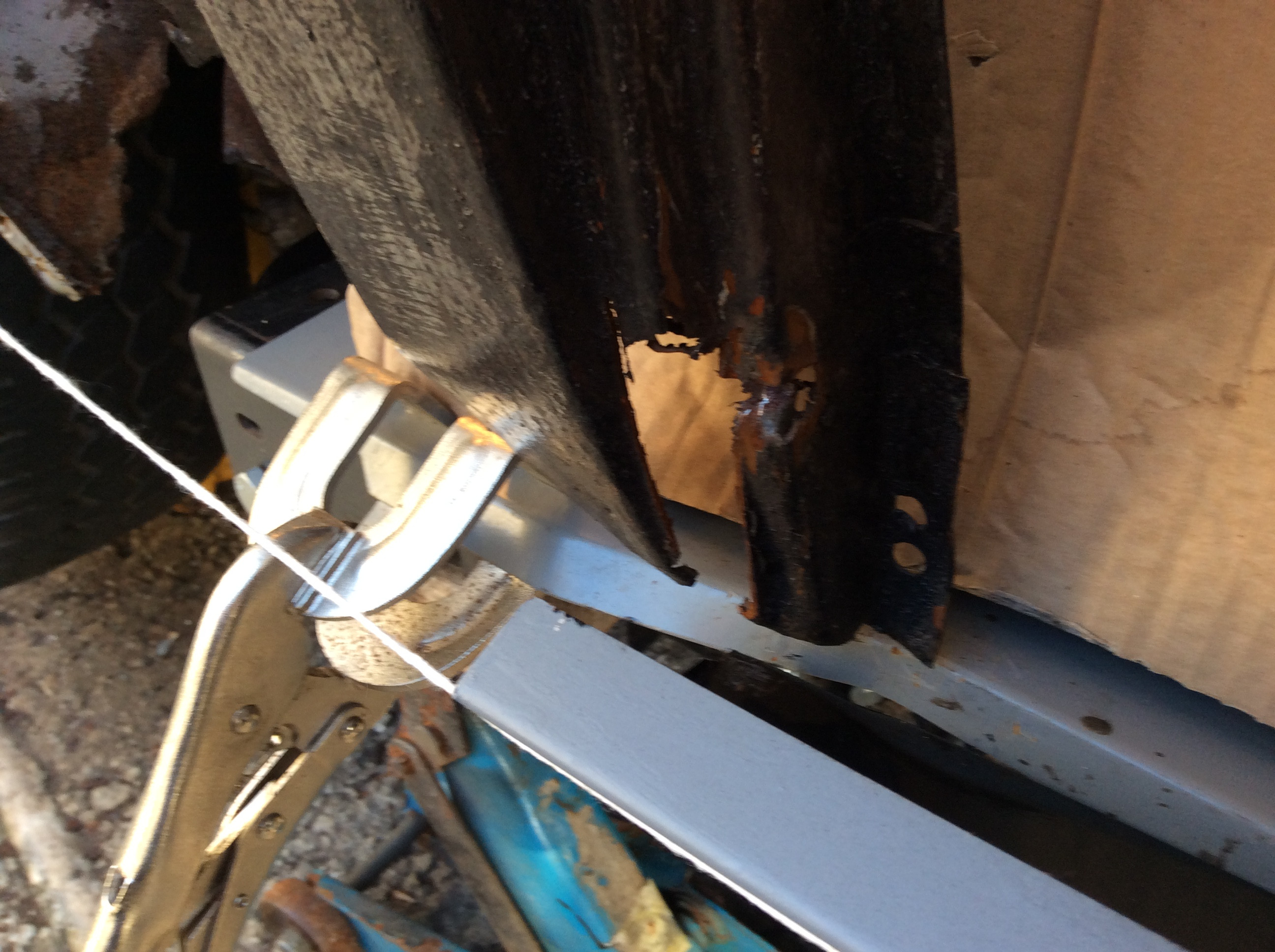 At least I know that gap will be ok.
So following on from that I need to fit these. 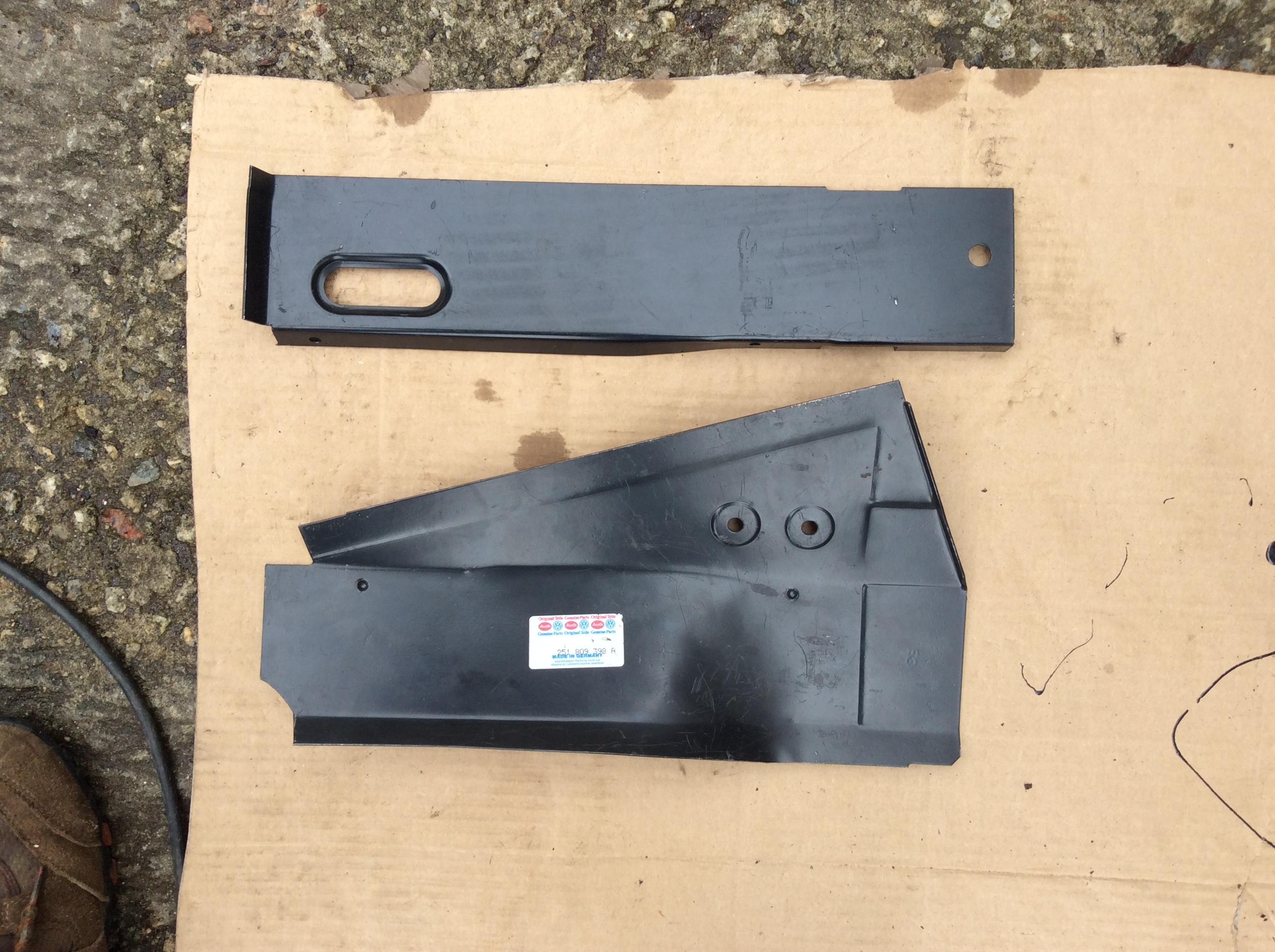 They are both genuine VW, and can only be fitted one way, with two dimples to get them right. I can see that they reinforce that area because of the jacking point.

But I cannot get them to fit properly against a JK inner sill (the one with built in jacking point).Its a mile out. The Schofields outer sill also doesn’t fit, so it seems to be the JK sill. 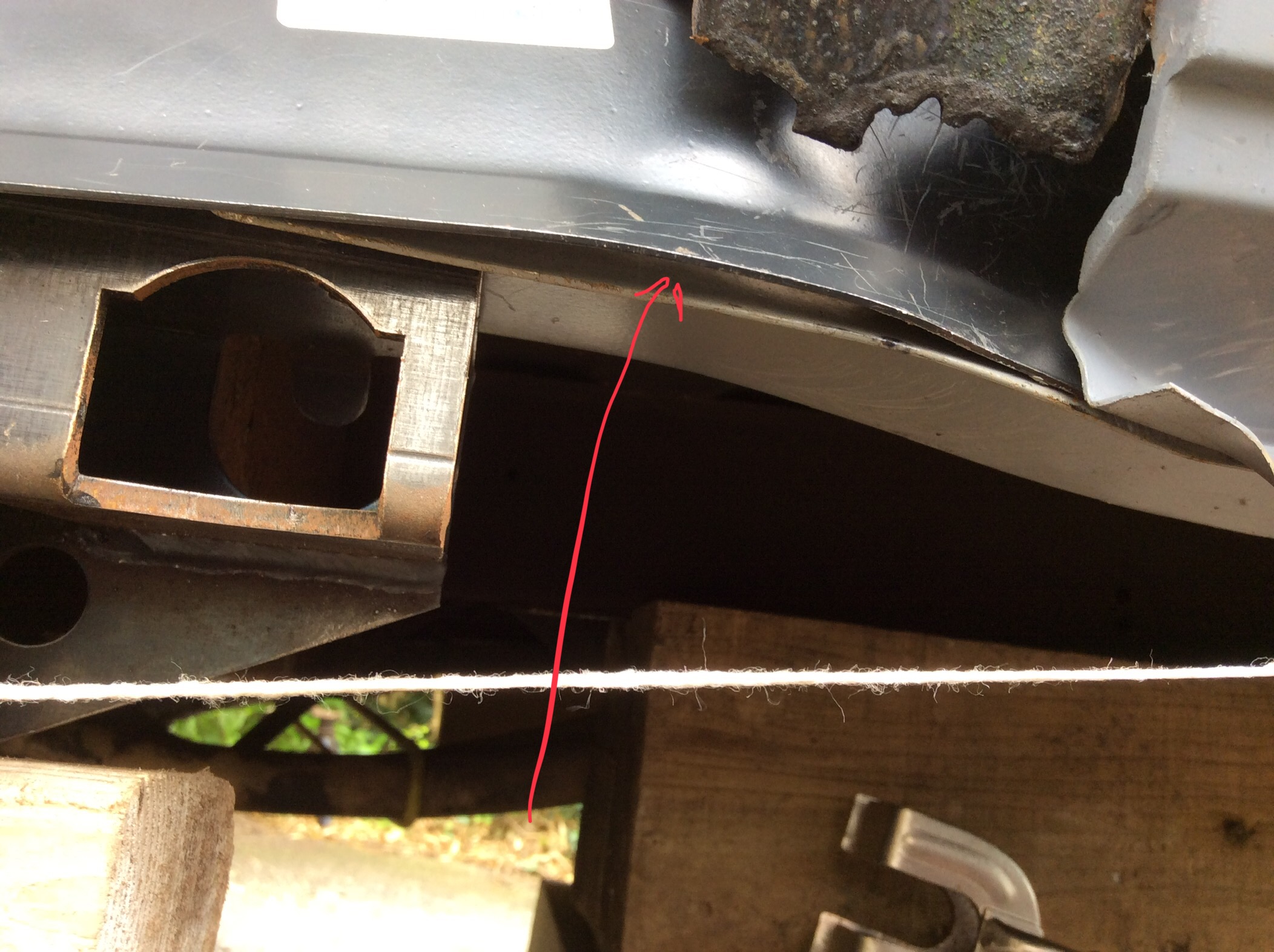 Looks like I’ll have to make this area up with some chunky metal.

Must say, it’s good to see how these buses were originally put together.

The inner sill can’t yet be fixed because of all this bodge. 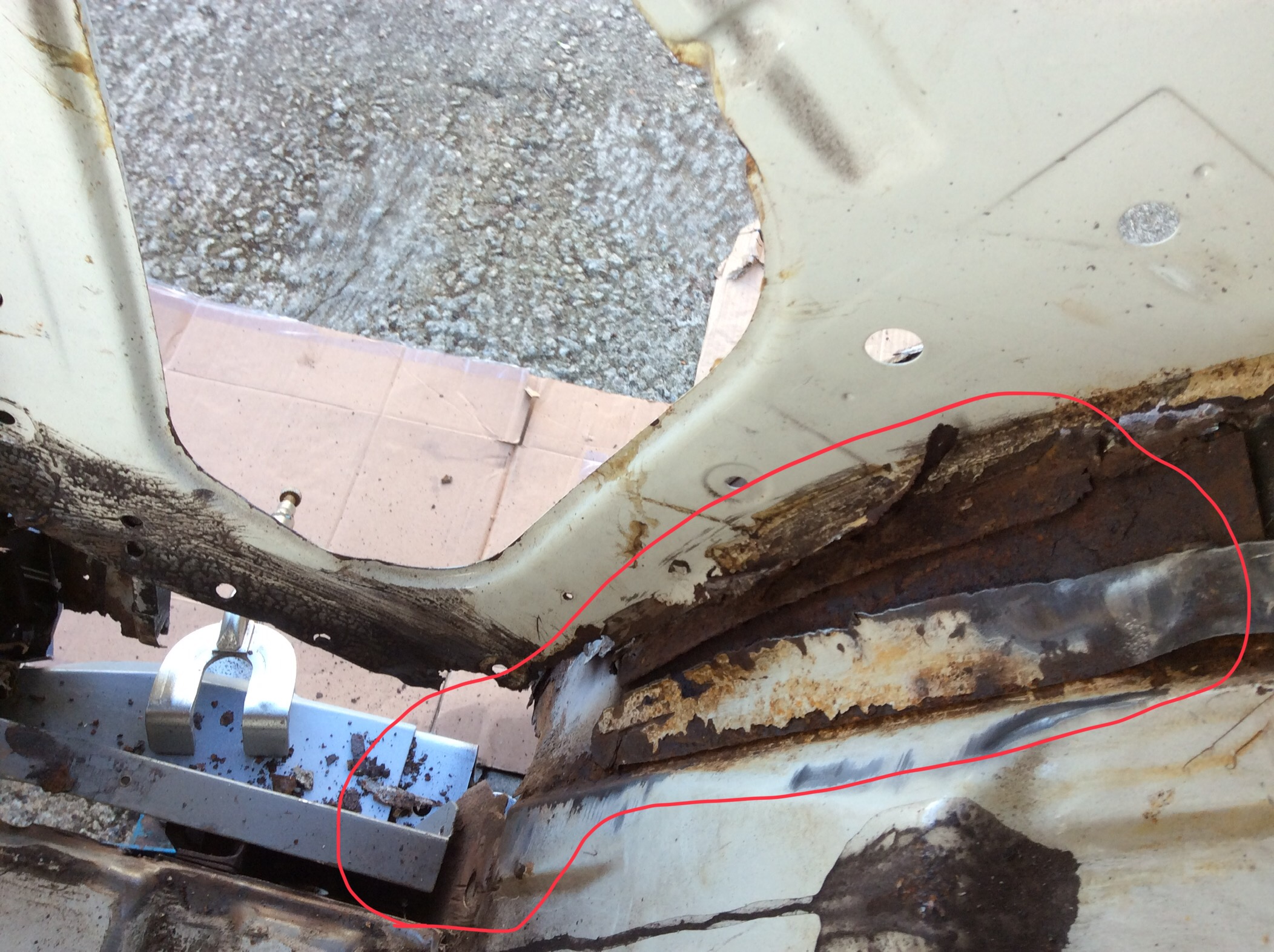 So, started to look at the front of the rear arch which has been bodged and opened it all up,took the cupboard out for better access . Wish I hadn’t. 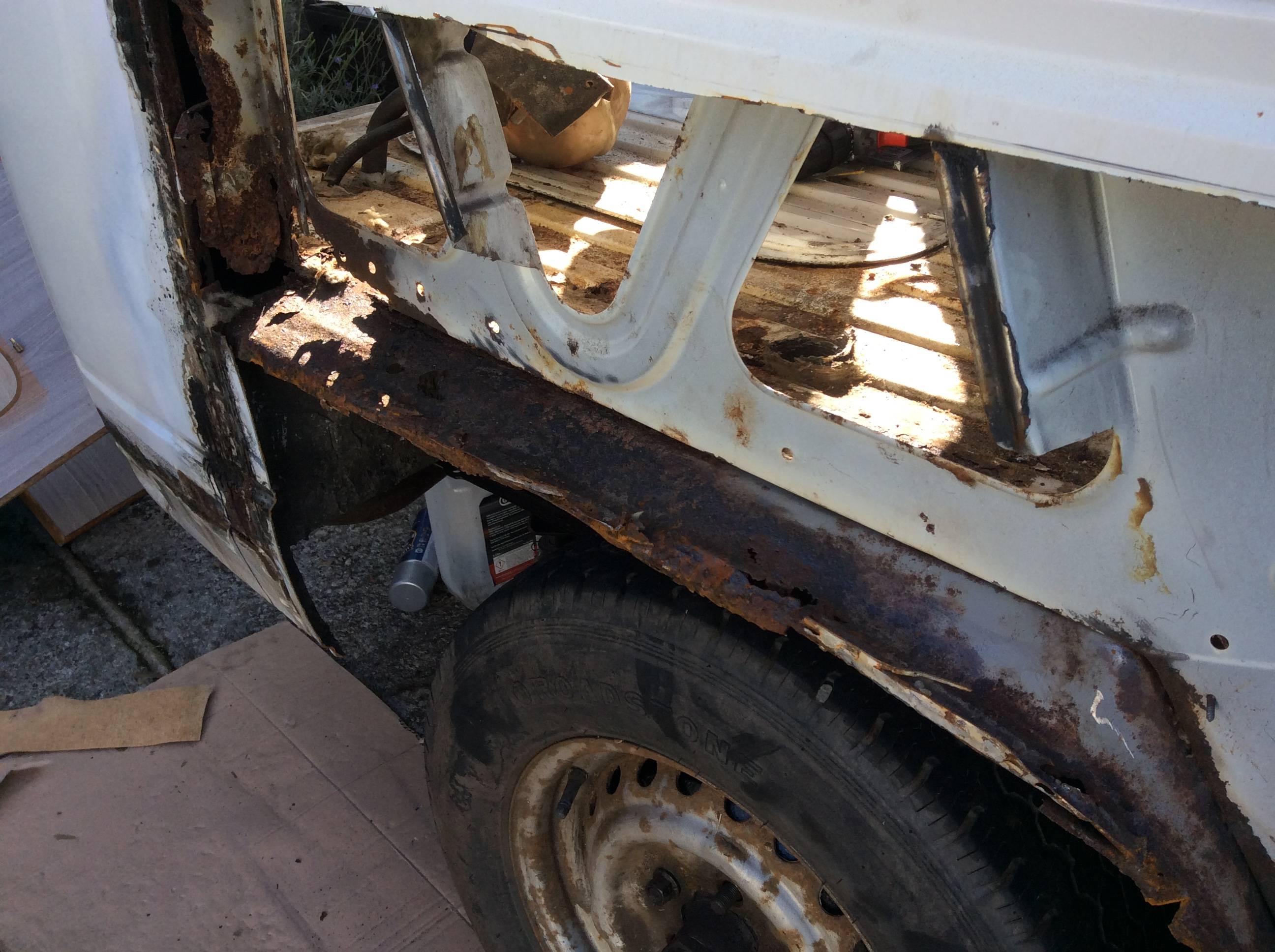 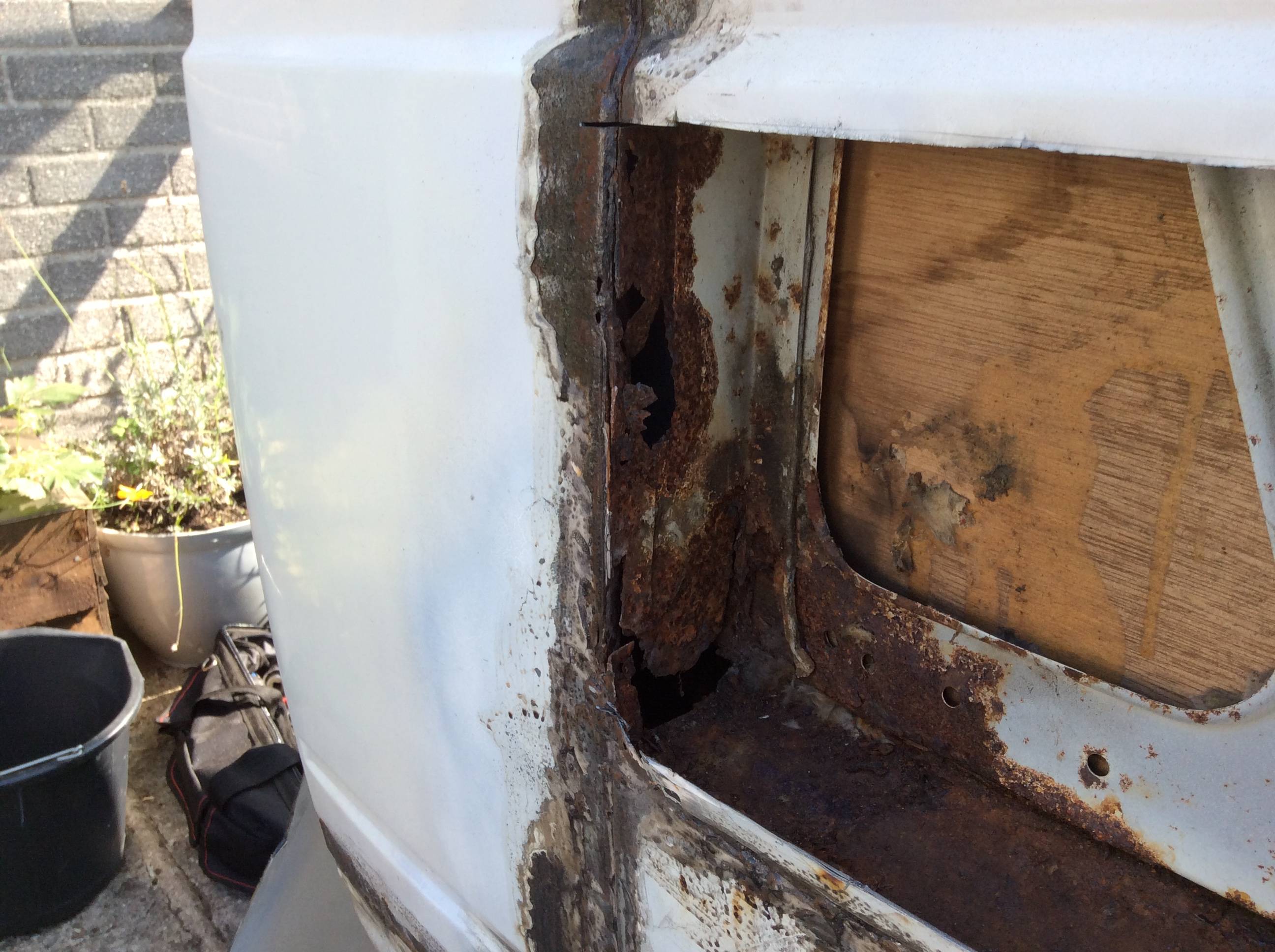 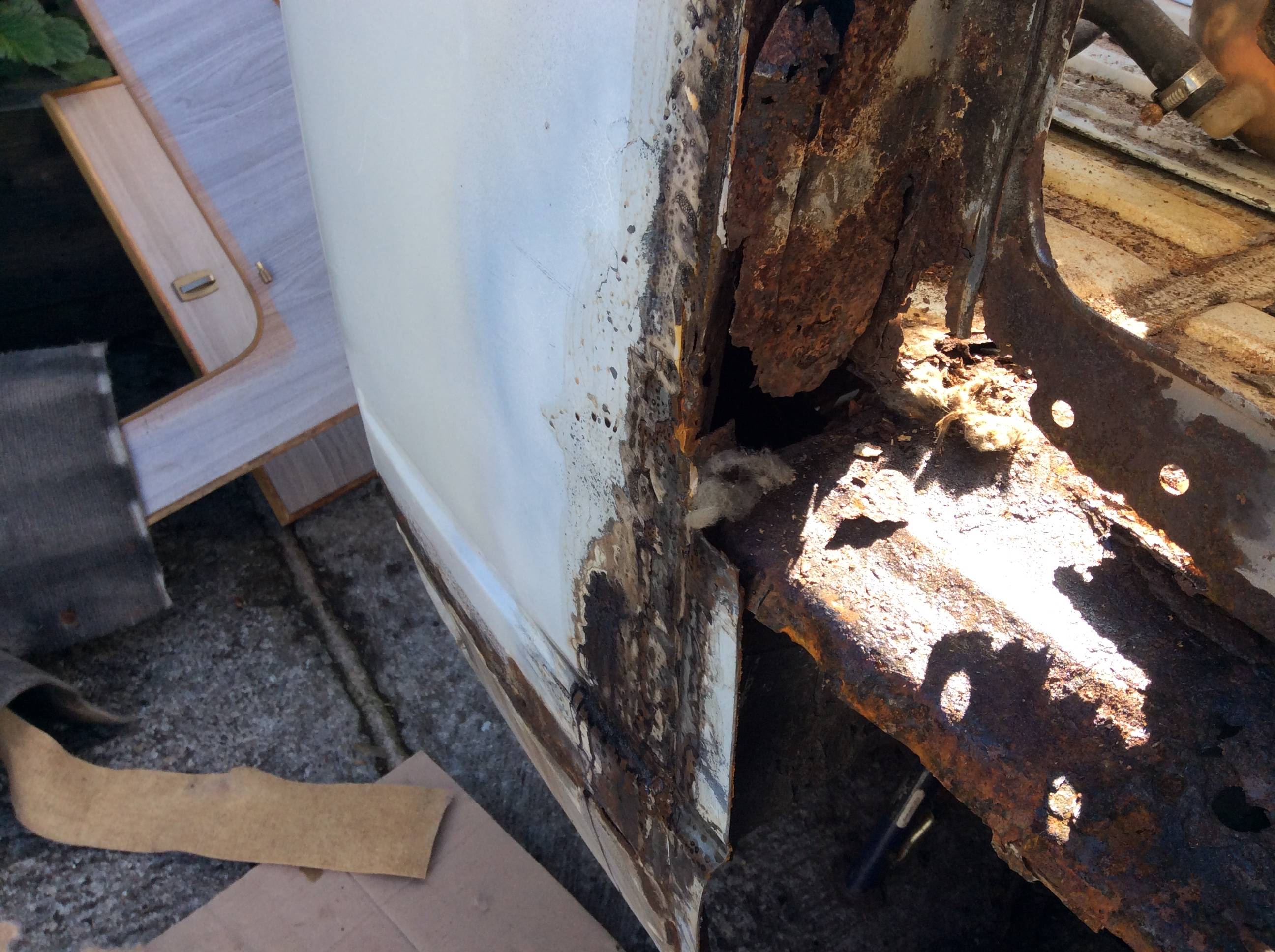 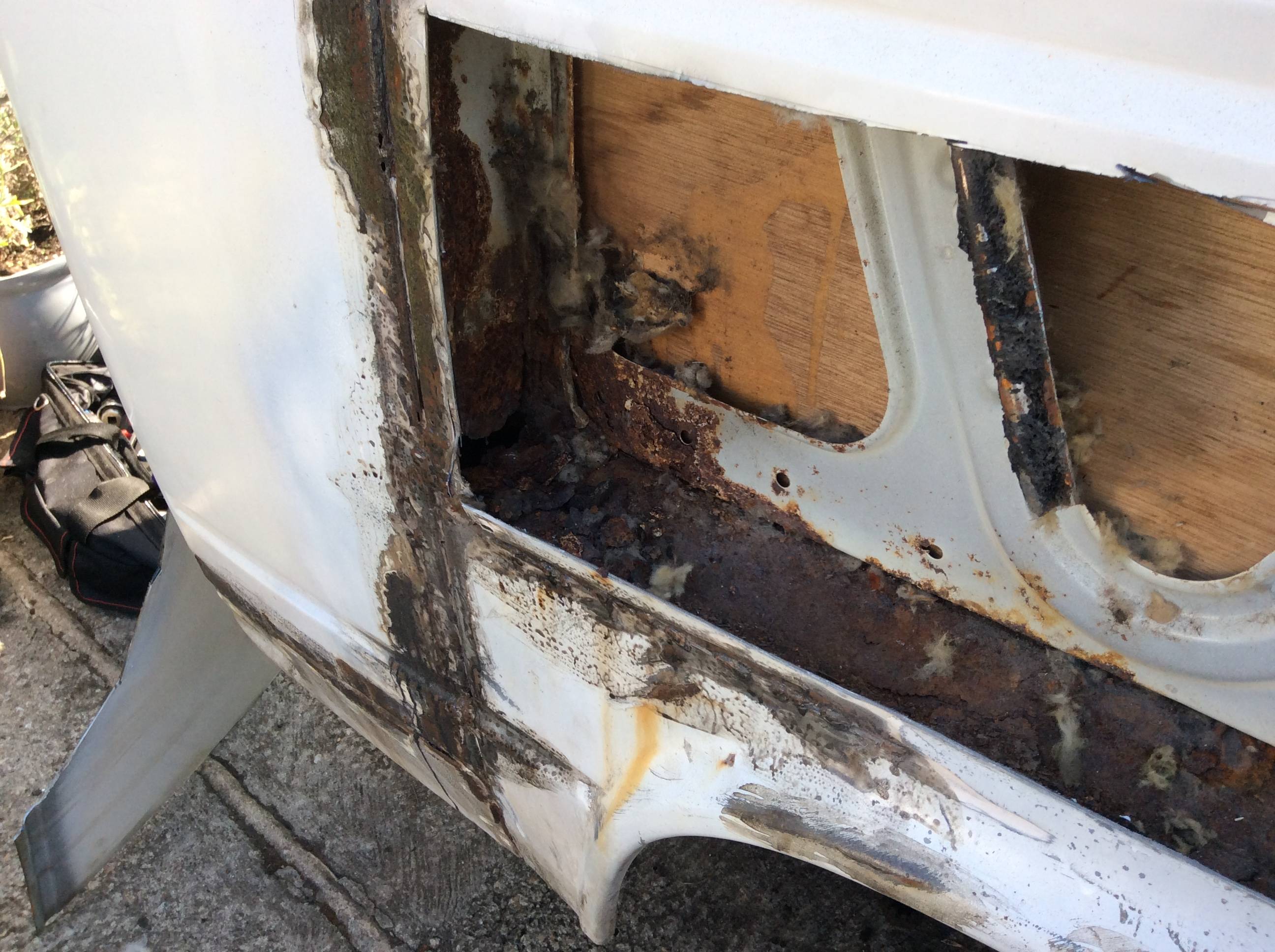 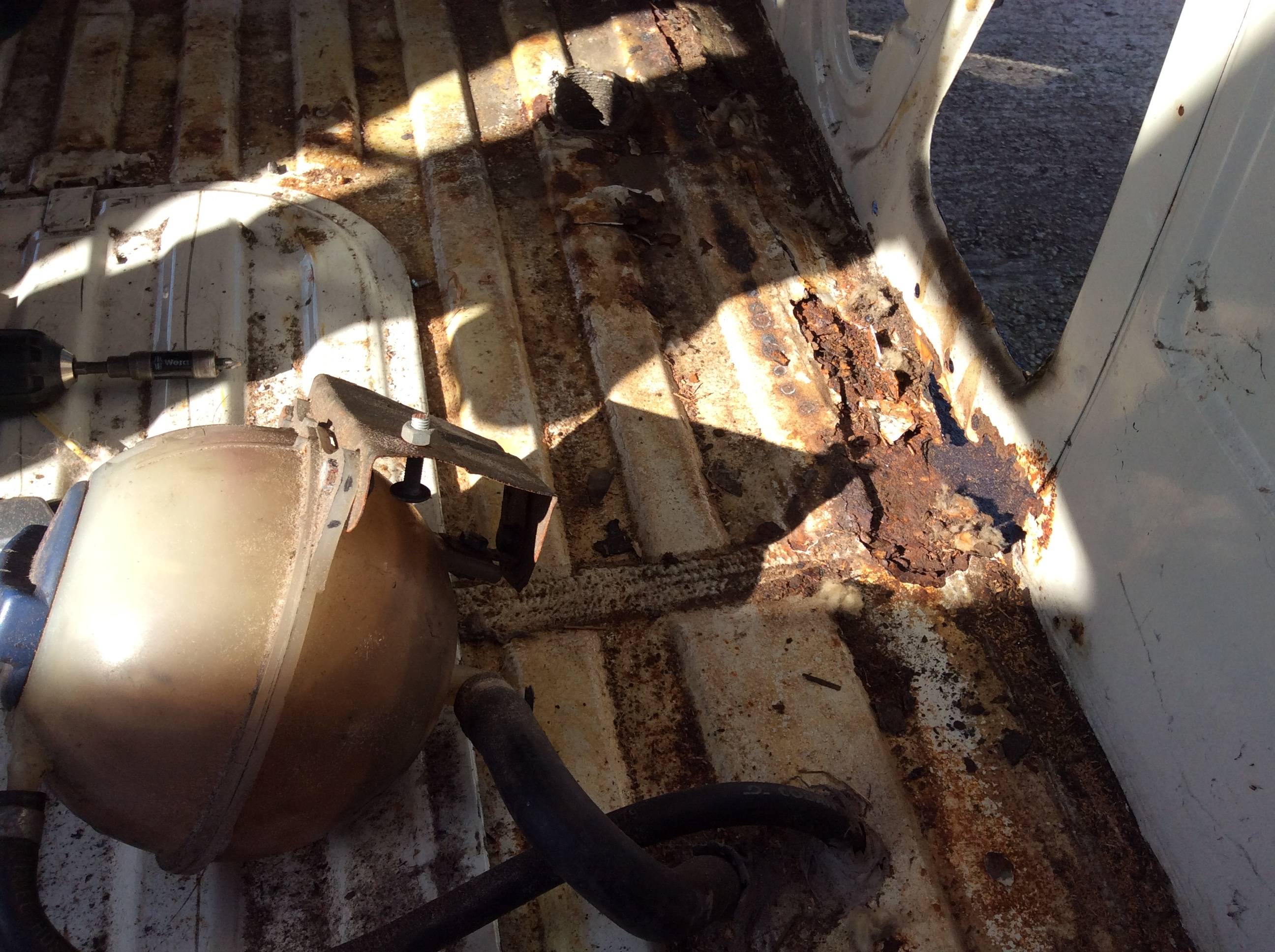 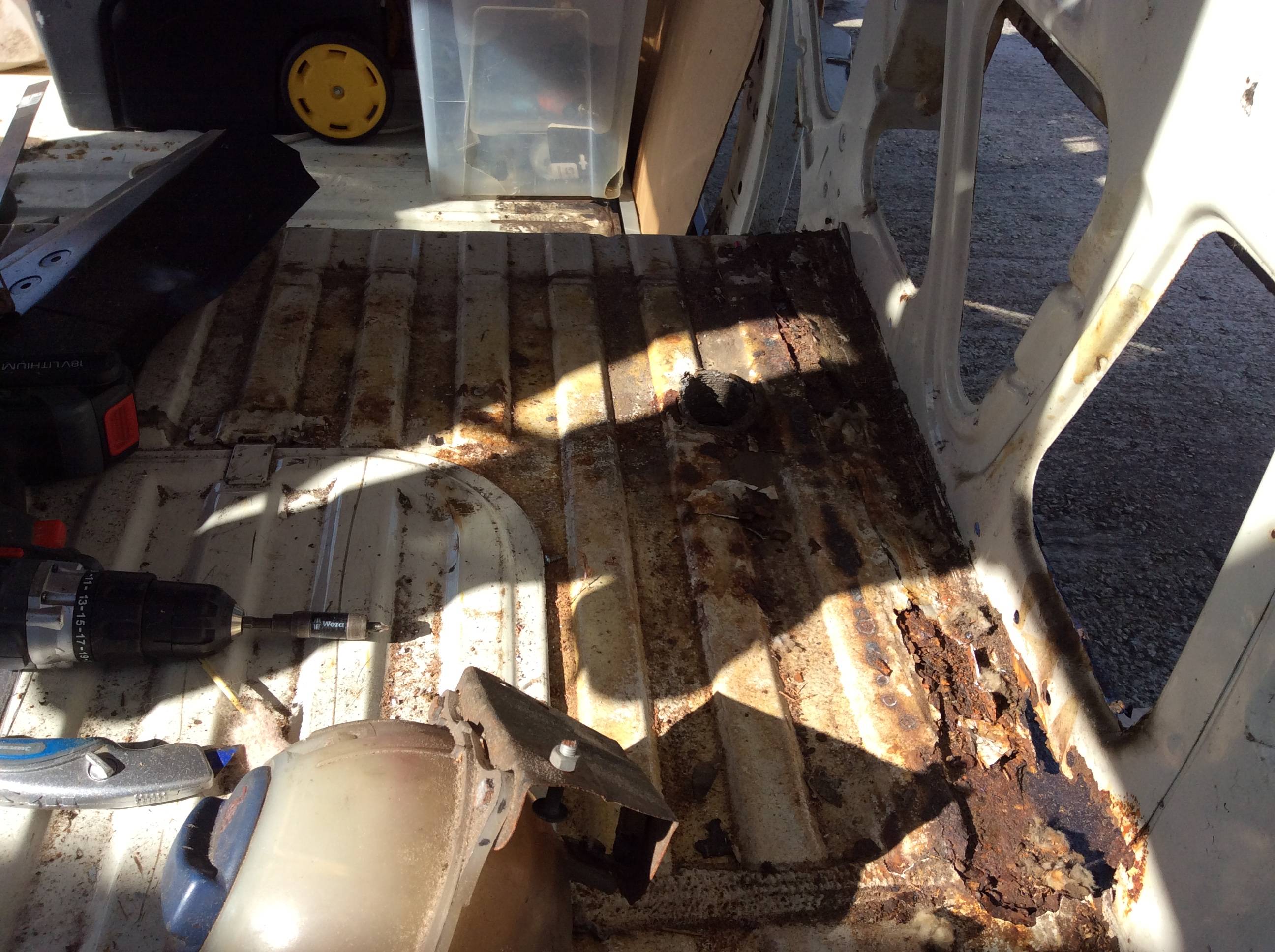 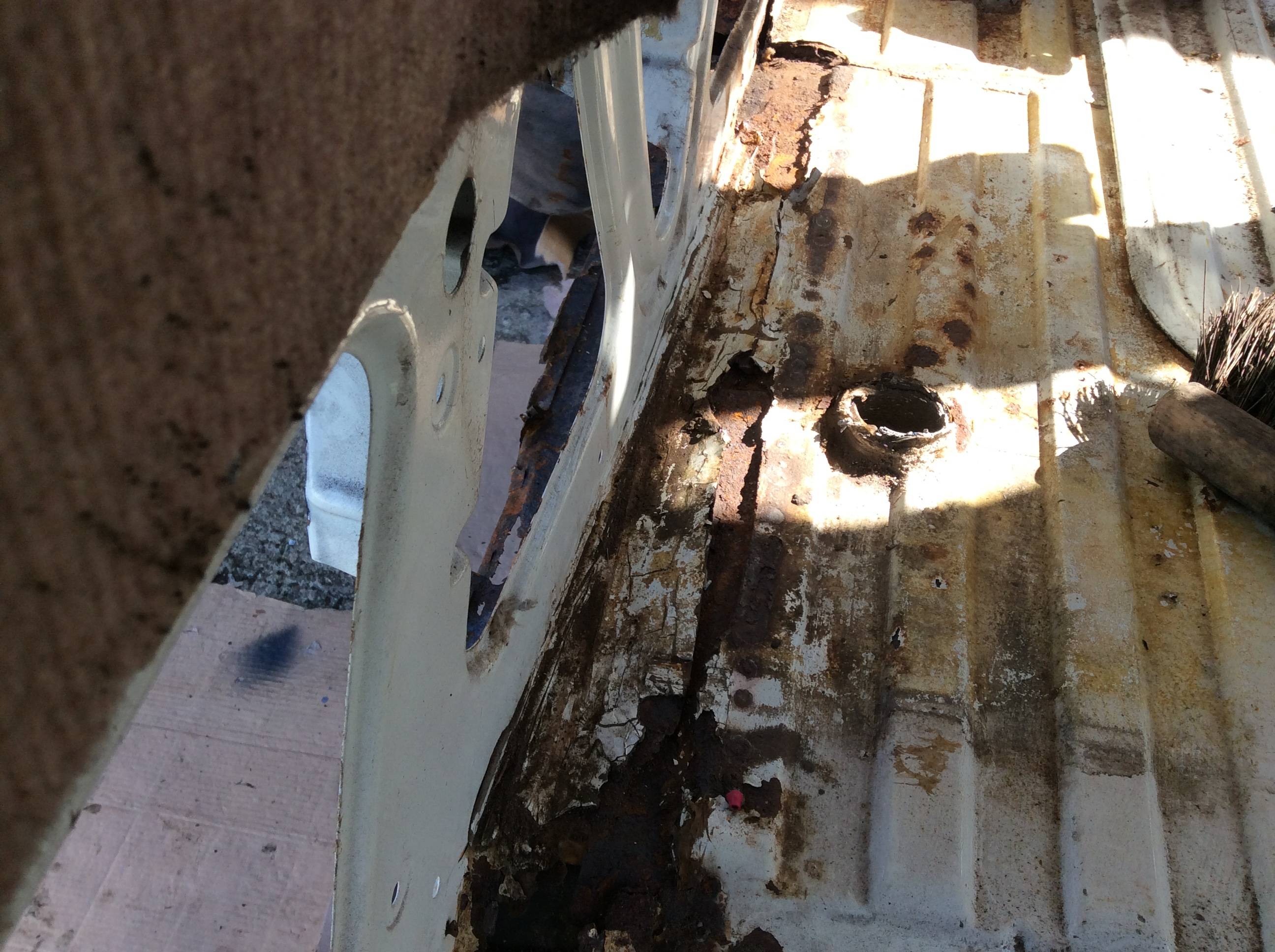 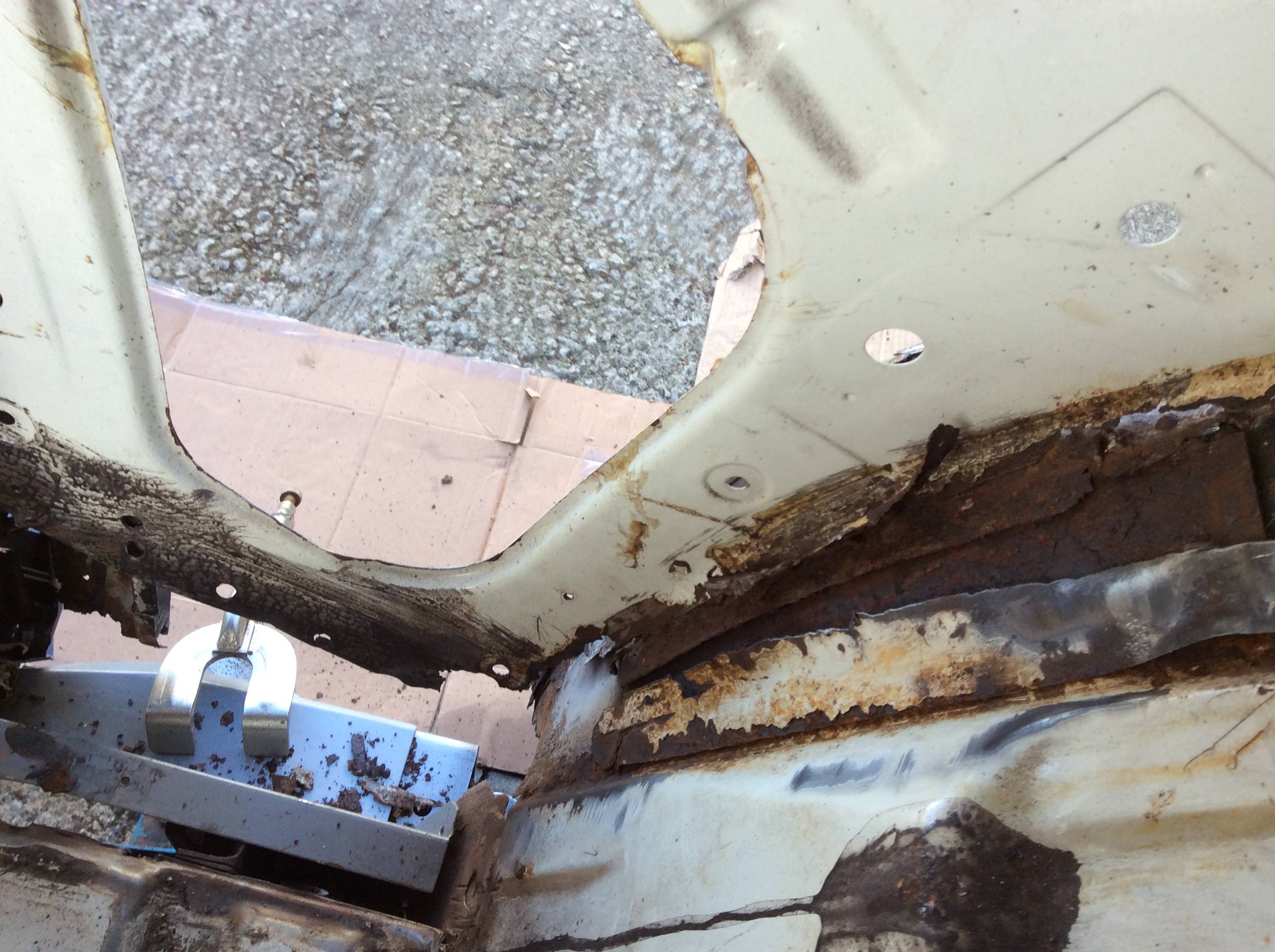 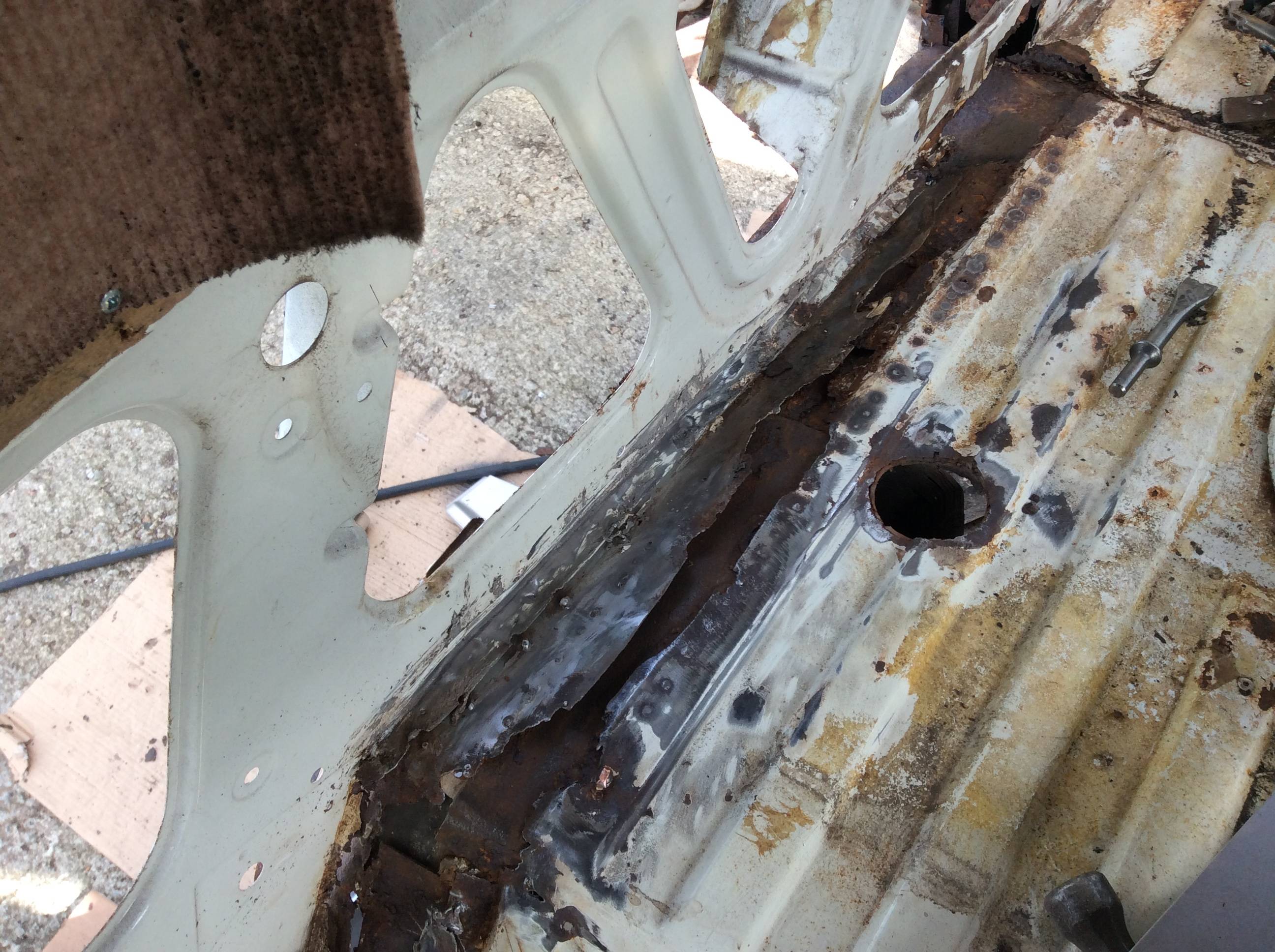 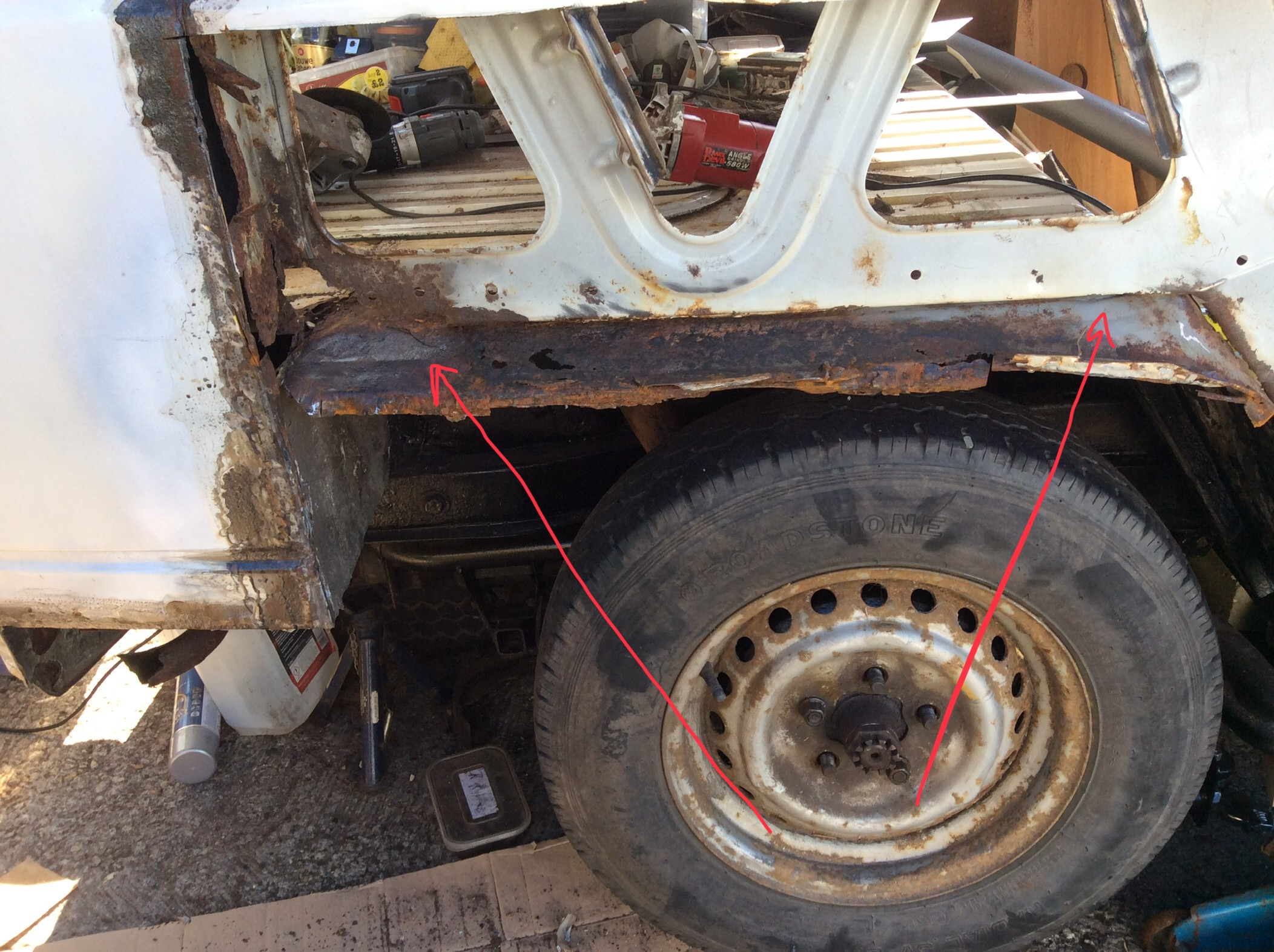 I’m going to build I lip along here 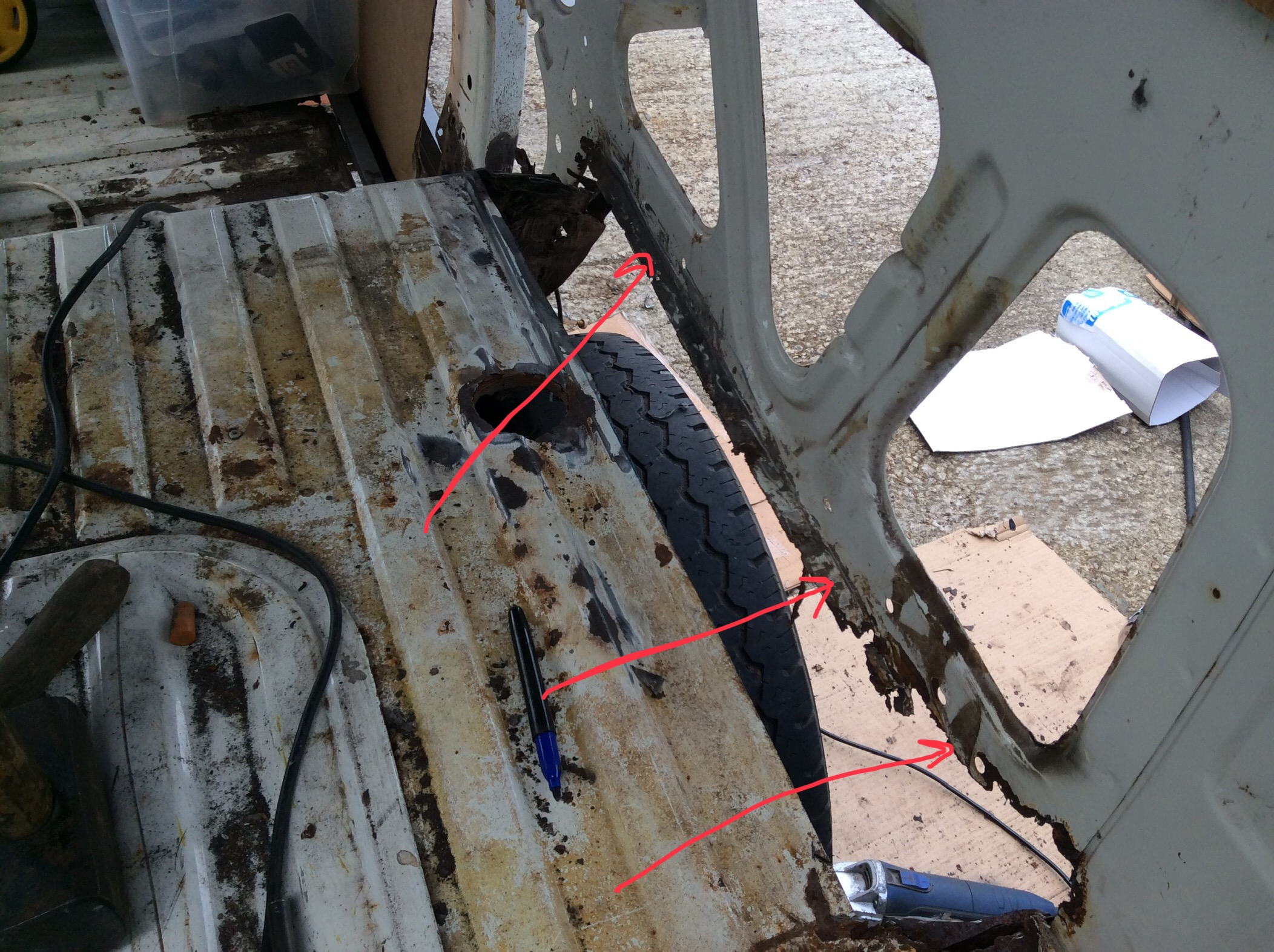 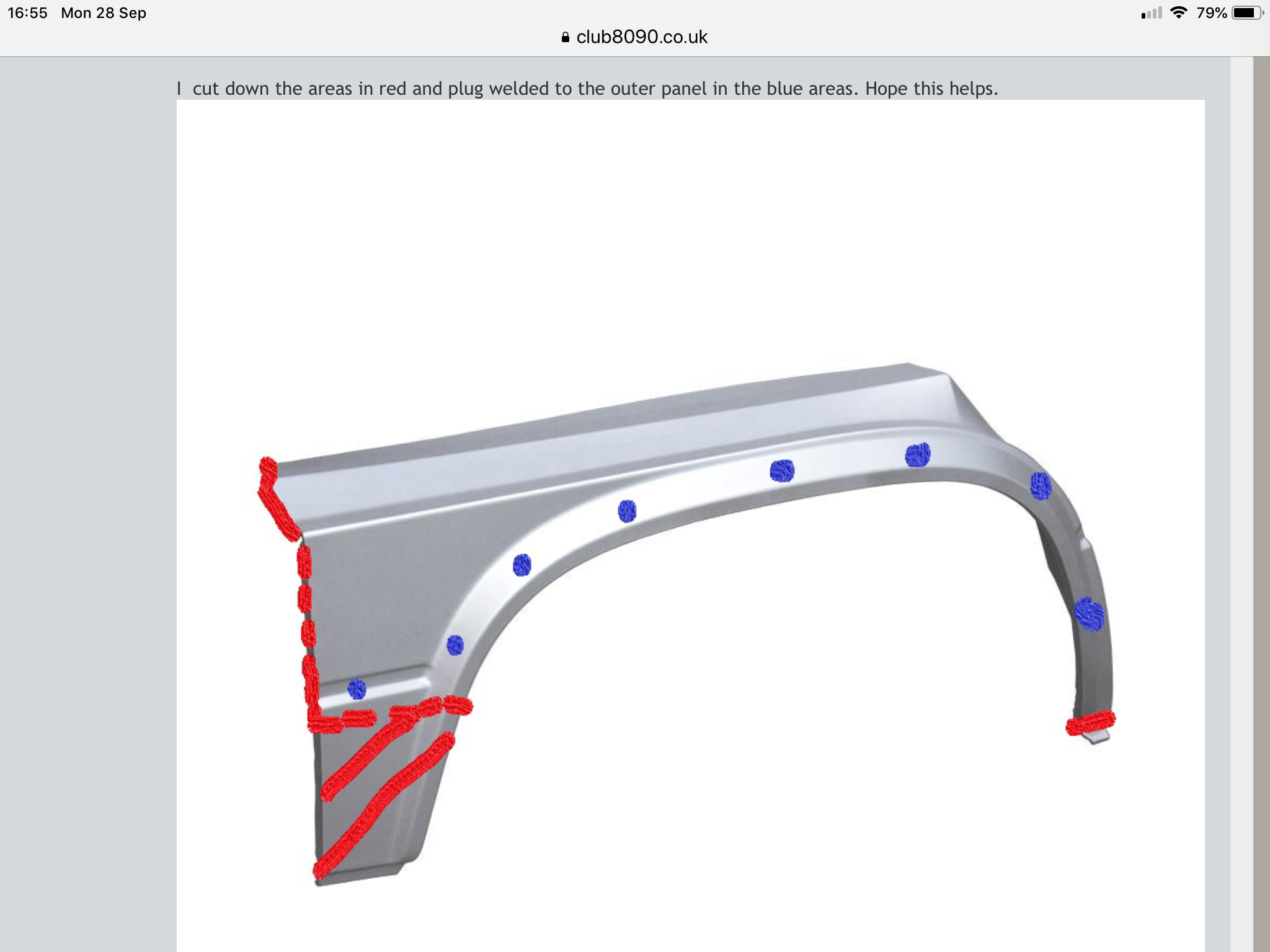 So, I’m nearly at the back of the bus. I’ve got a short VW rear corner. The VW stuff is really good quality.

Looks like the battery box bit has been patched, but all the stuff above needs doing. 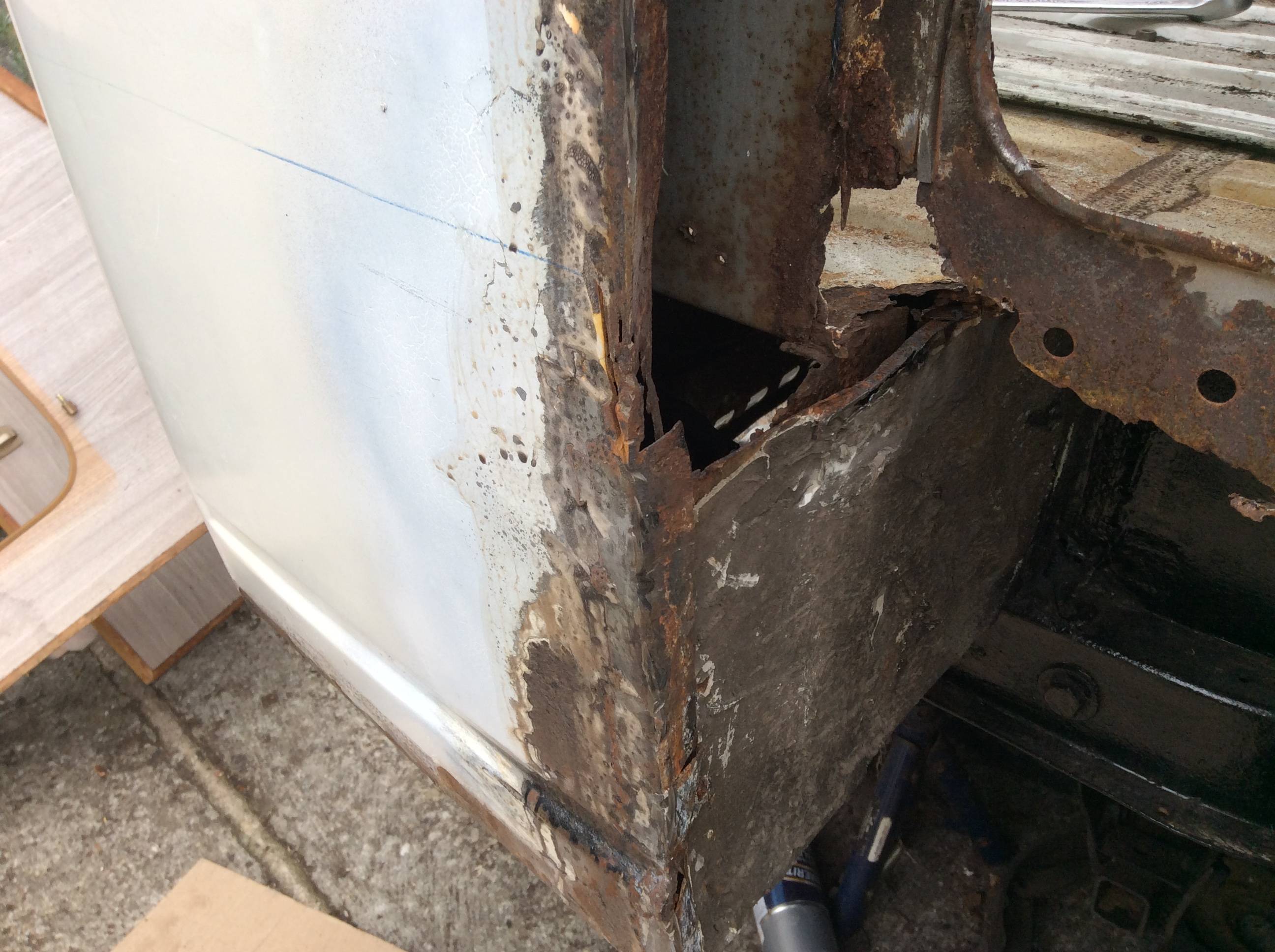 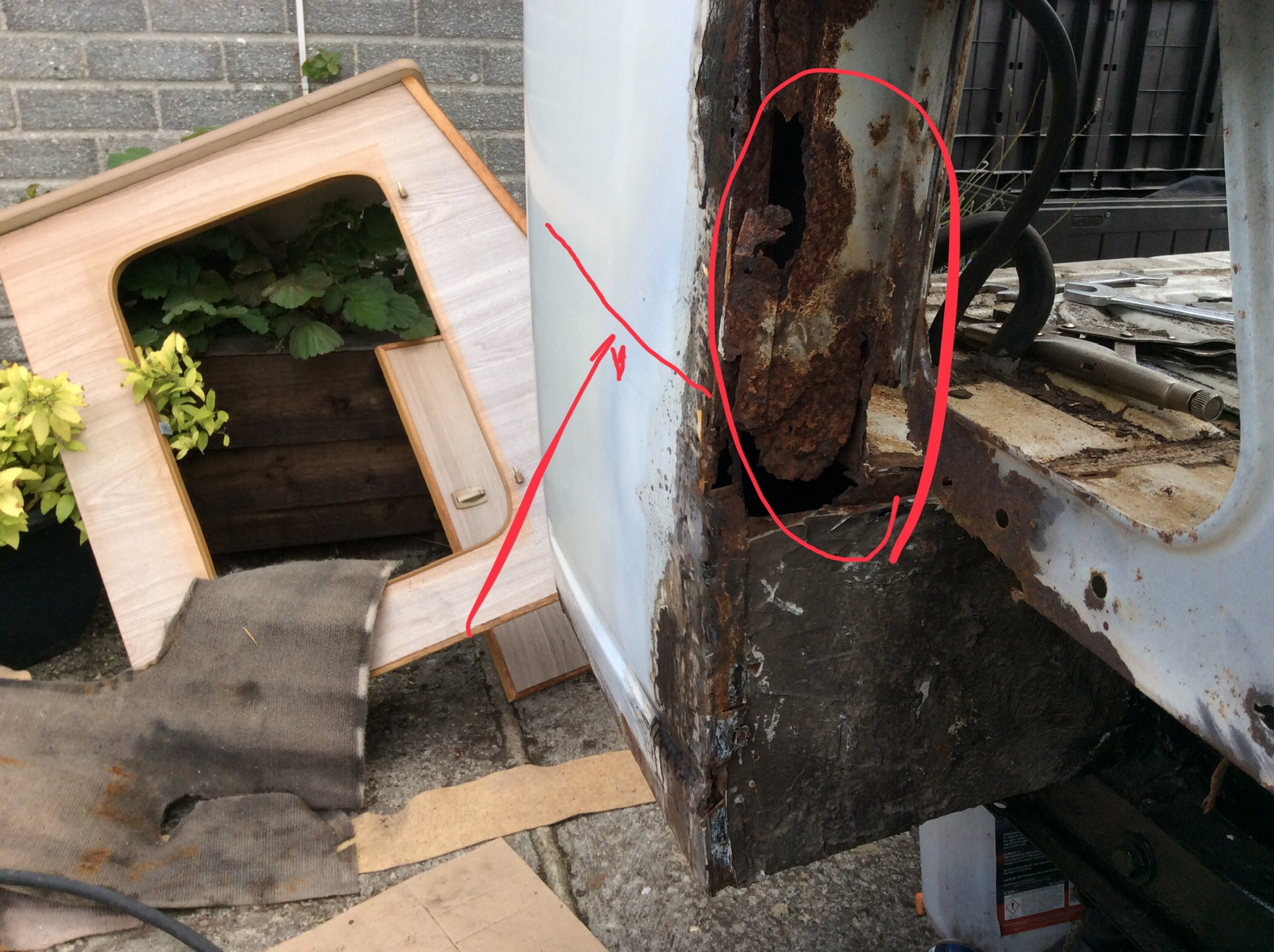 My thoughts so far?

So, This is my second T25. I’ve had Caroline for six weeks and haven’t lifted my welder in anger yet. I bought her as a retirement project to keep me occupied. I dream about rusted panels and welding! I’ve spent a fortune on tools , decent panels (apart from a couple) to do it right and my bedroom looks like a Brickwerks Depot. Just doing this one side is teaching me loads and my advice to anyone thinking of buying a project, they rust from the inside out, nearly always in the same places. They are a complete money pit, but you can’t beat basic mechanics. Brickwerks and Schofields panels and parts are the best. Some days it stresses me out. Other days, I just chip away, with the other half feeding me coffee and biscuits. When I’m tired or fed up, I pack it in for the day. This is never going to be a show pony, but it will be a case of cut it, line it up, weld it, treat it , seal it, paint it. If it’s worn out, I’ll replace it. Loads of piccies for reference.

Yikes, that's' what mine looked like in the rear arch (only not quite as crusty inside). A pretty easy fix to be honest with the cut down outer arch panel. I found self-taping screws to be really helpful in fitting the arch piece nice and snug.

You've pinched the cut down arch from my thread (yay - someone is reading it). I would just note that I had shown that I had cut more away than I actually did. I didn't cut out the top lip that fits into the battery box as I plug welded that section. The below is more accurate. I've added some further plug weld points - purple was overlapped to the floor, yellow fixed to the inner skin of the panel 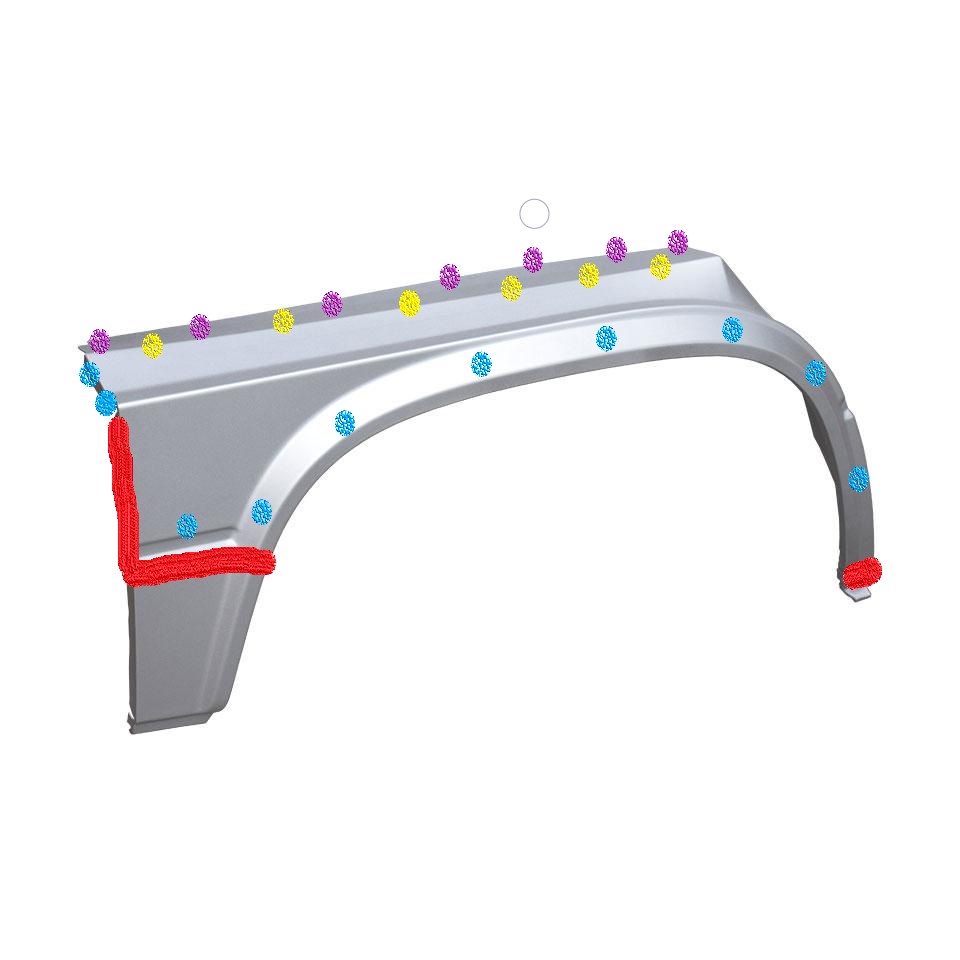 On how you're feeling about the project - I feel exactly the same. Some days are really rewarding, but they are just the culmination of a few crappy days - so when you overcome the issues that made you feel low, I think you get a bigger and better high because you've fixed and solved the problem. I wouldn't say I'm enjoying it as such, but it really is very rewarding and satisfying.
88 Autosleeper Trident 1.9
Hythe, Kent.
Top

Thanks for that. I couldn’t remember which thread I’d nicked it from

Spent hours in my workshop/ large shed practicing my welding on various thicknesses and think I’m getting there.

Weather cleared today but had grief with my Citroen van peeing water everywhere. Thought it was head gasket. Bit of digging this afternoon and it’s the thermostat housing. Quick trip to Euro Car parts, £40, and I’ll have it sorted tomorrow. Little victories.
glennyboy2