I've had a few days off work and managed to get on with the van. So here's some updates from last time.

Fitted the driver's side inner cill - surprisingly easy. Nothing that exciting here, other than ensuring that everything was aligned for the larger main panel. All plug welded in.  Only issue was the curveture of the Rear wing panel and the sharper edges of the AHschofield panel - I understand why they call them 'panelbeaters' now! 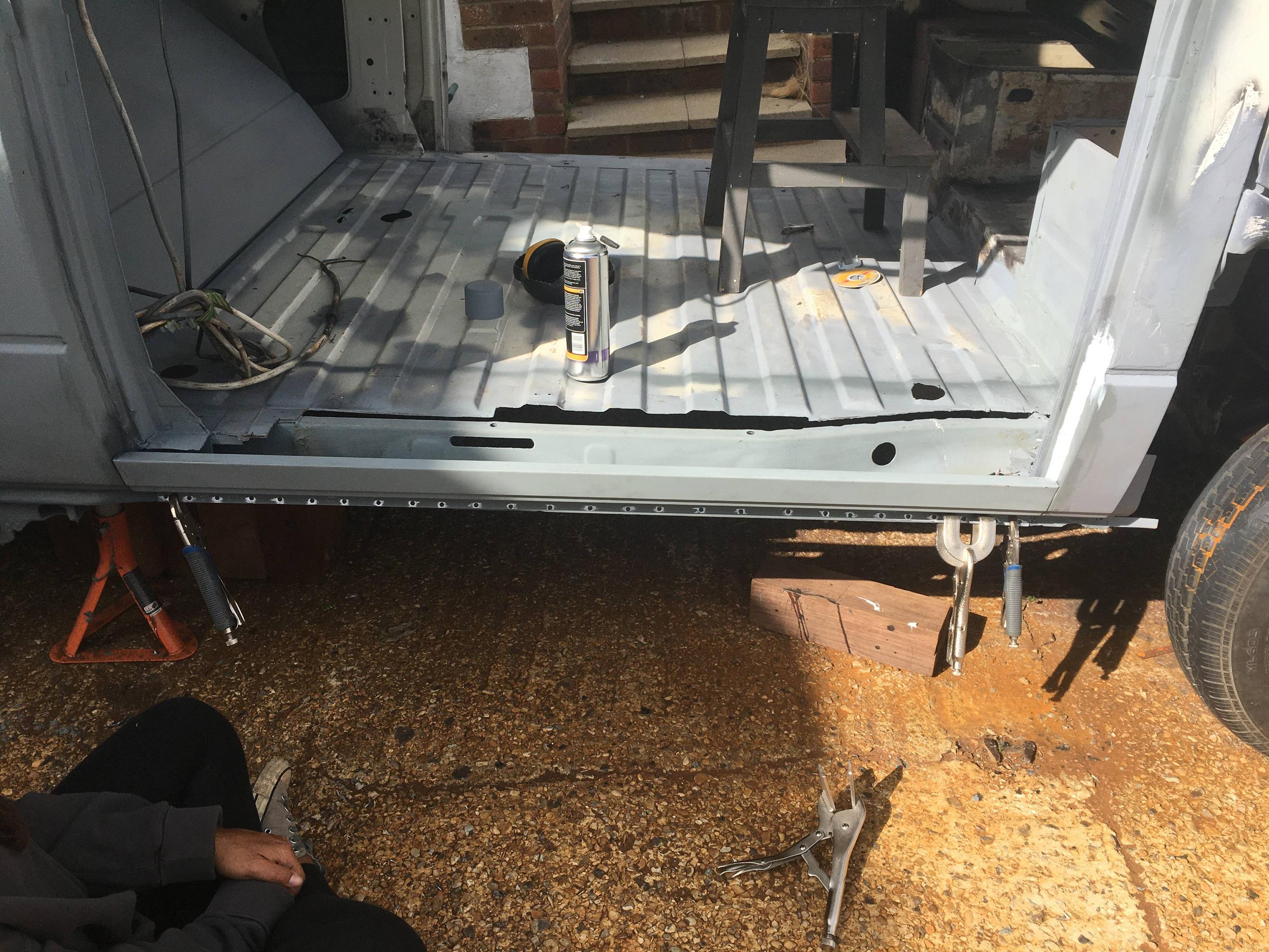 Then i fitted the 'full' panel. and plug welded to the innersill. Some fettling to the rear wing again to make it fit, but seems to align okay. This is also after I had cut the window out. I cut the window recess with the panel fitted to the van. I used a fine tooth metal blade on a jigsaw which was suprisingly easy compared to trying to cut them out with an angle grinder. 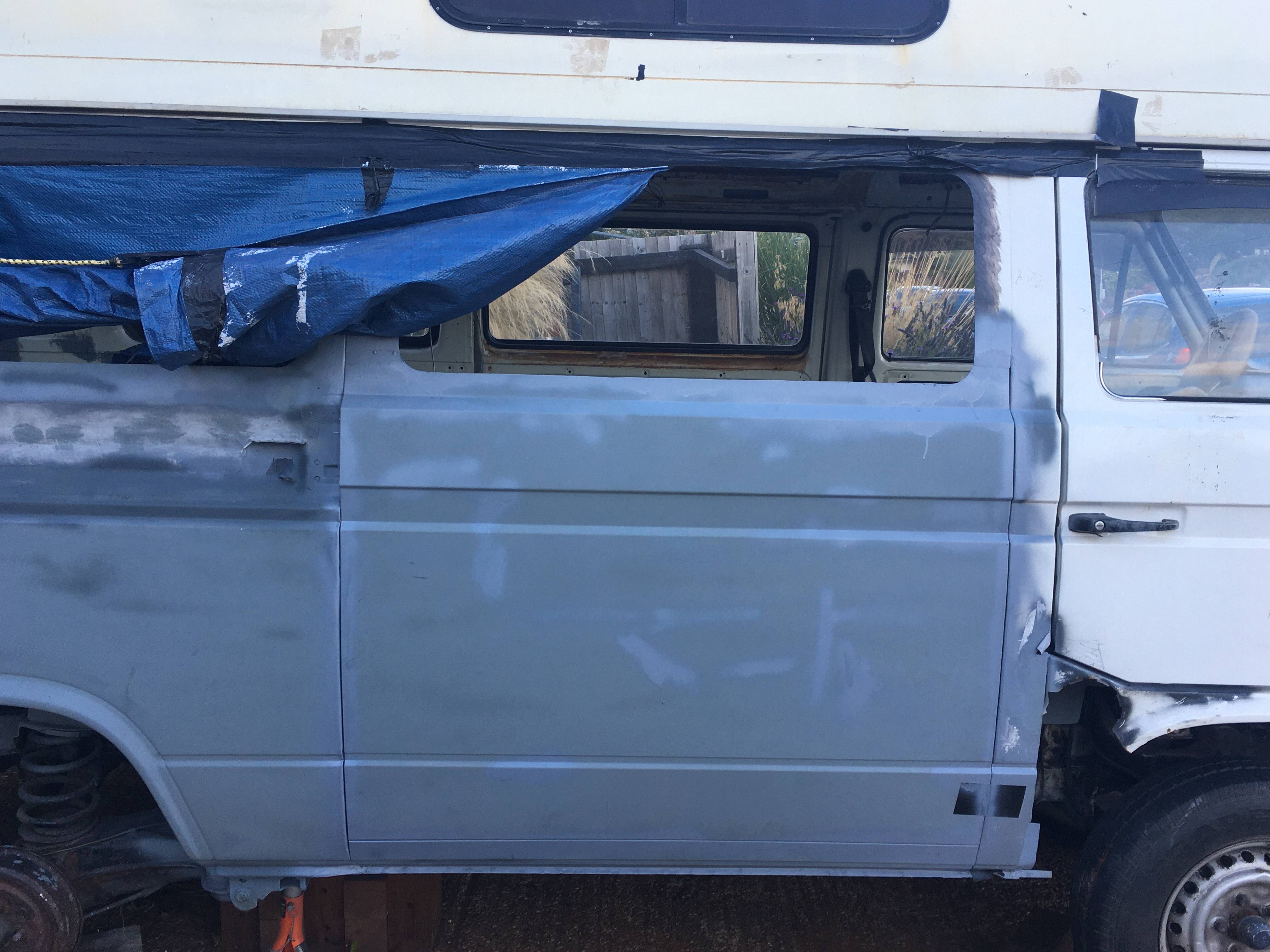 First set of welds to stitch in the panel: into the existing window opening. Quite pleased with my first pass! 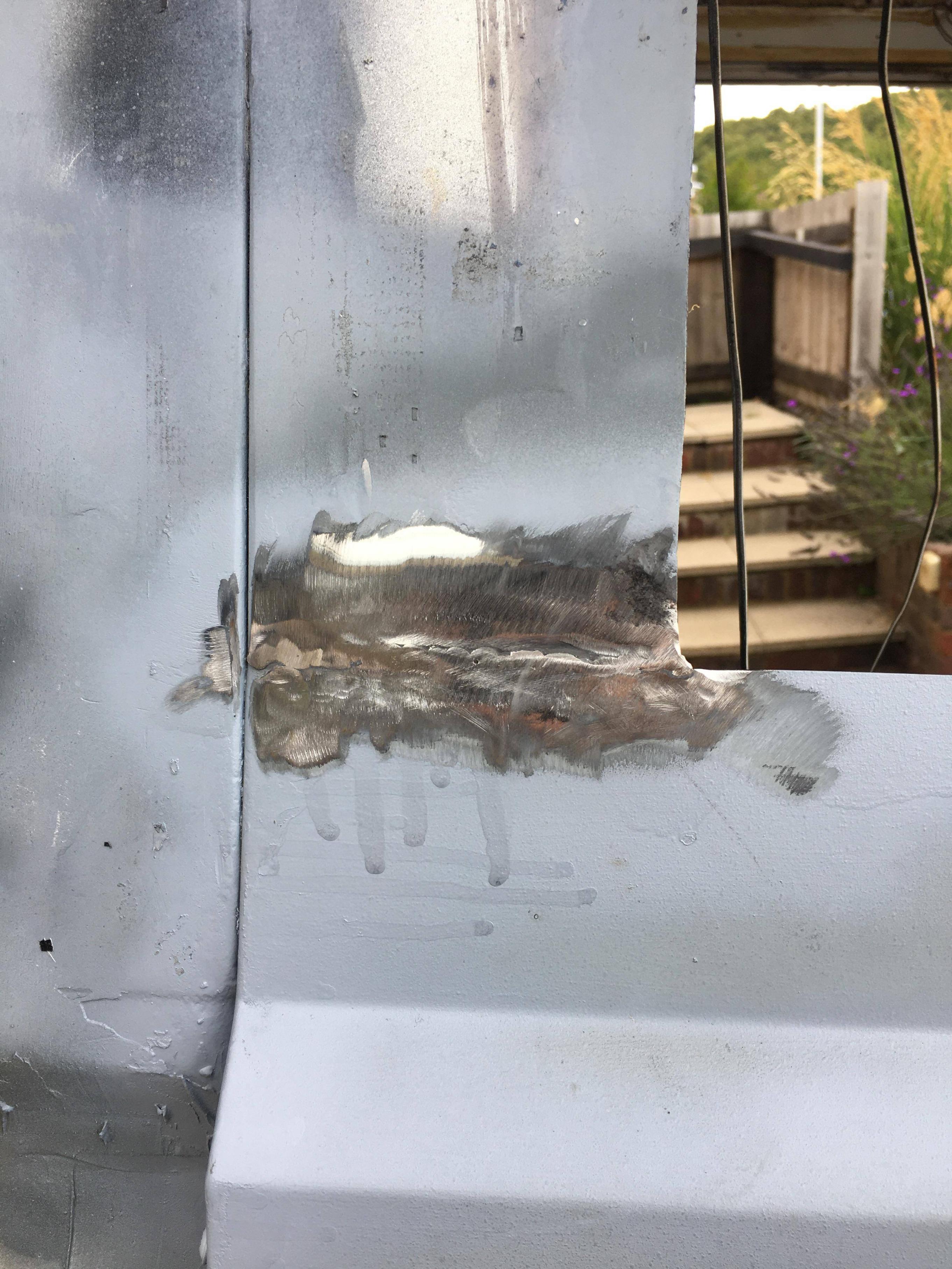 That's it for now - 'just' need to treat the seams and seal everything up on the outside and repair the floor internally. After that I'm going to try and take the roof and windscreen out and undertake those repairs before the weather turns.

Lots of swearing fitting the rear window which took two of us about two hours. My neighbour helped who has fitted a lot of seals before. Very nearly dropped the window too. The middle window was much quicker as we found the metal rim helped and we installed it within 45 minutes. You really get a sweat on fitting them. 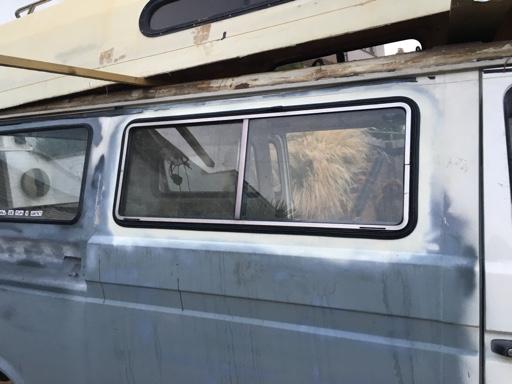 I have removed the high top which wasn’t that bad at all once I got the multi tool on it. I recon it took me about an hour in total.

What horrors lay beneath....

David.
the future is unwritten
Top

I look forward to pictures of gutters and whatever lurks above. I have rusty gutters and a high top and I am planning to remove mine at some point!... when I feel brave enough!
Top

With the roof up on blocks ( I’d suggest getting help....

I could try and find the culprit for the puddle of water In the drivers footwell. 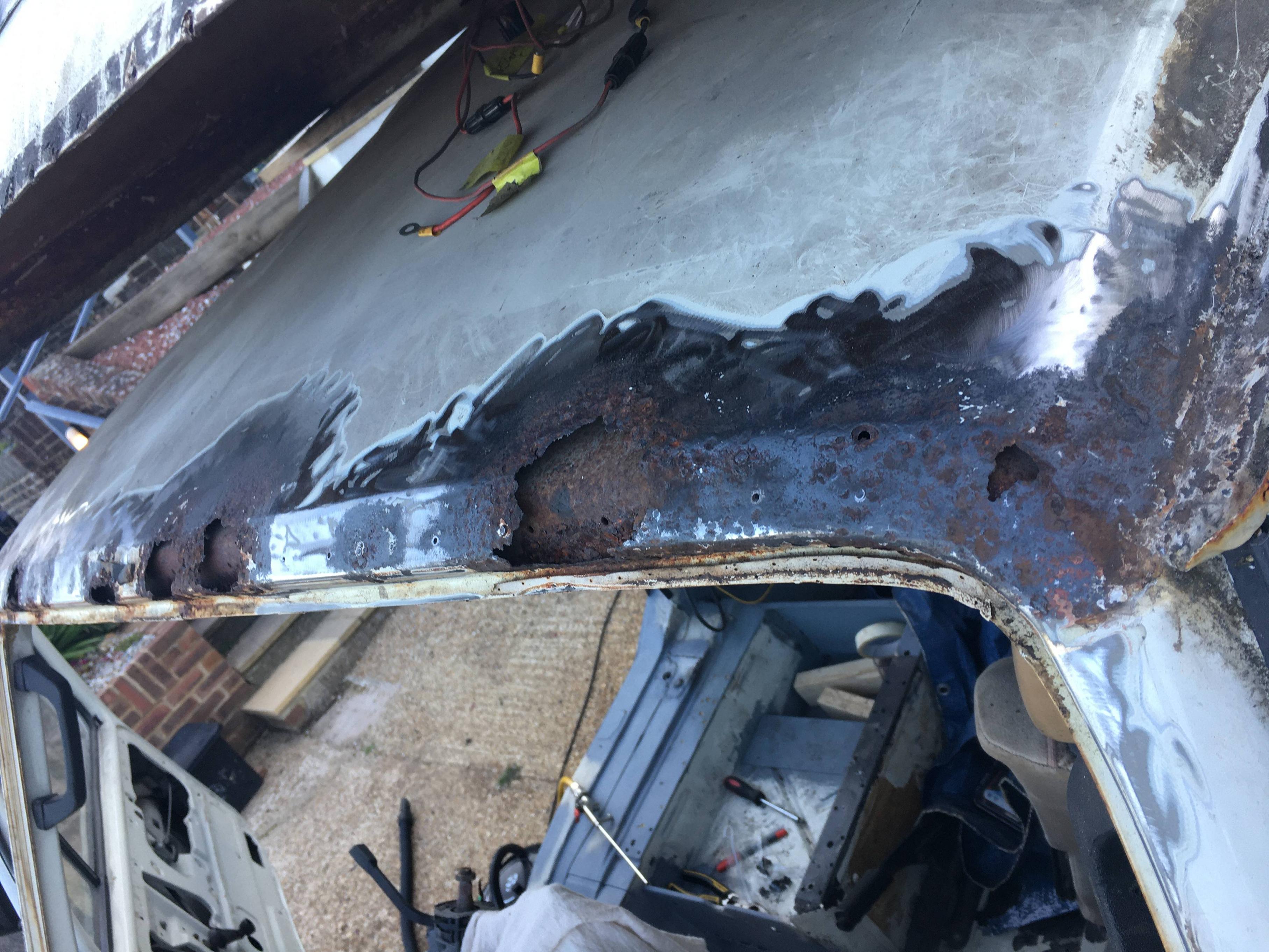 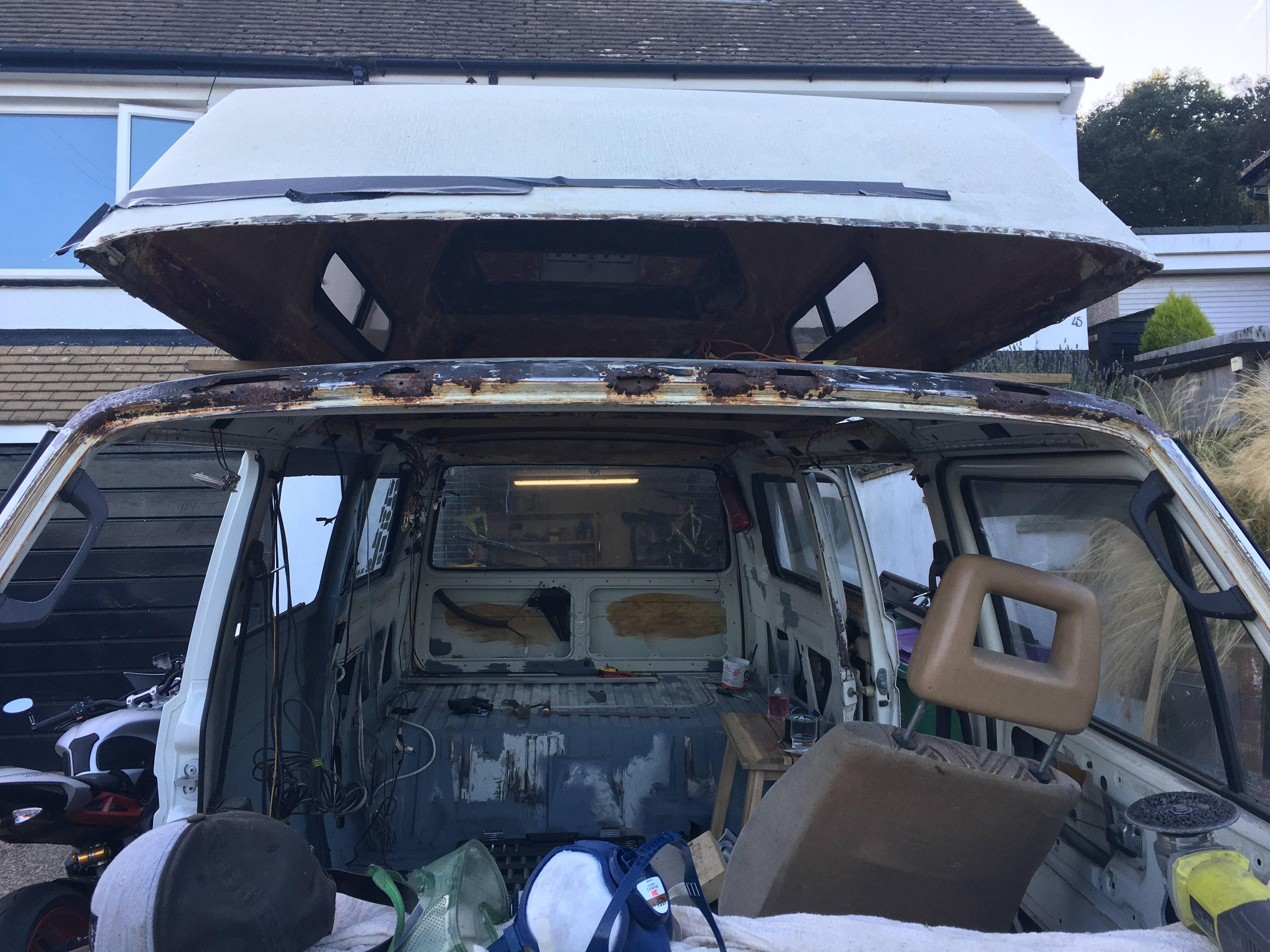 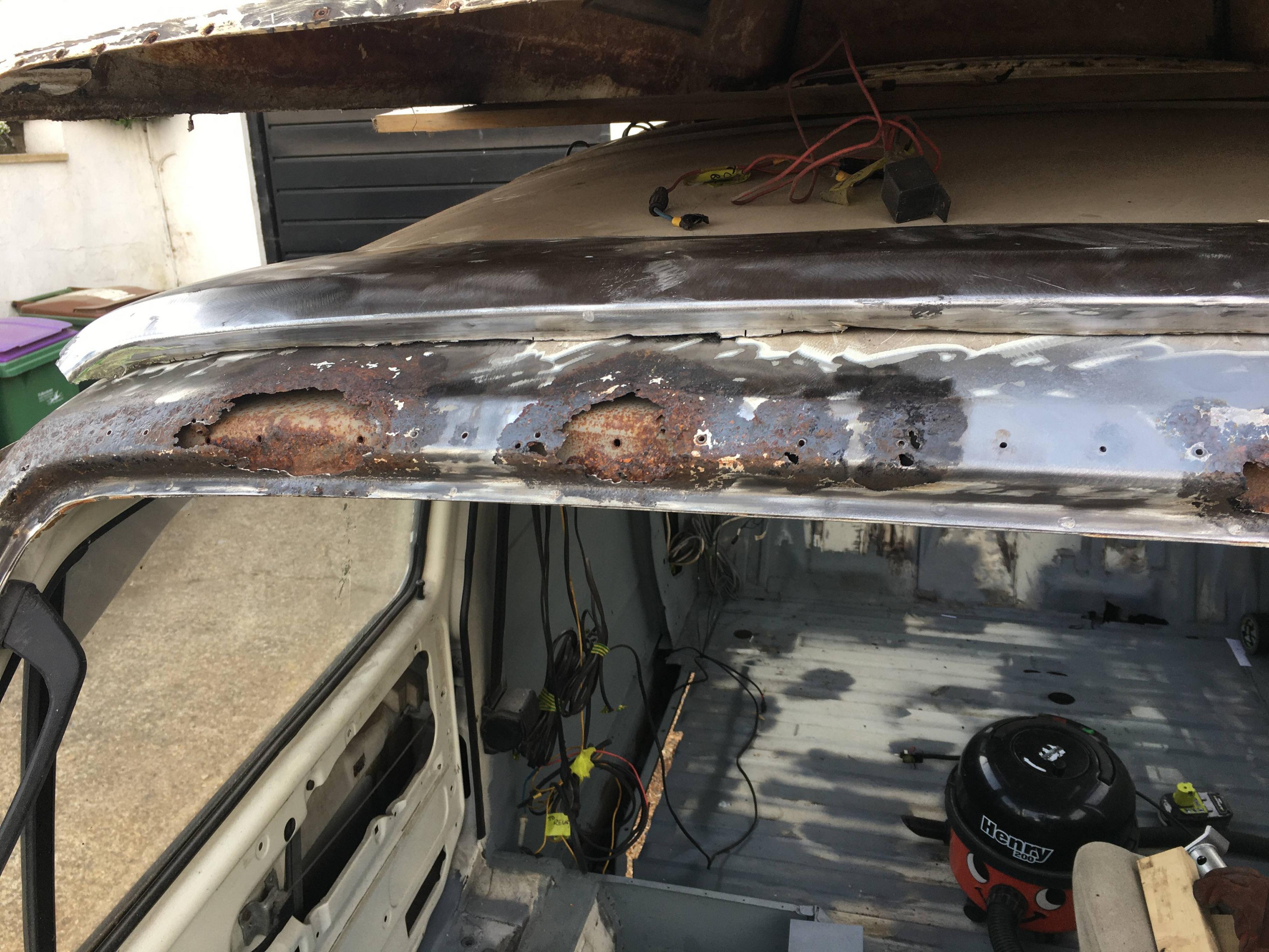 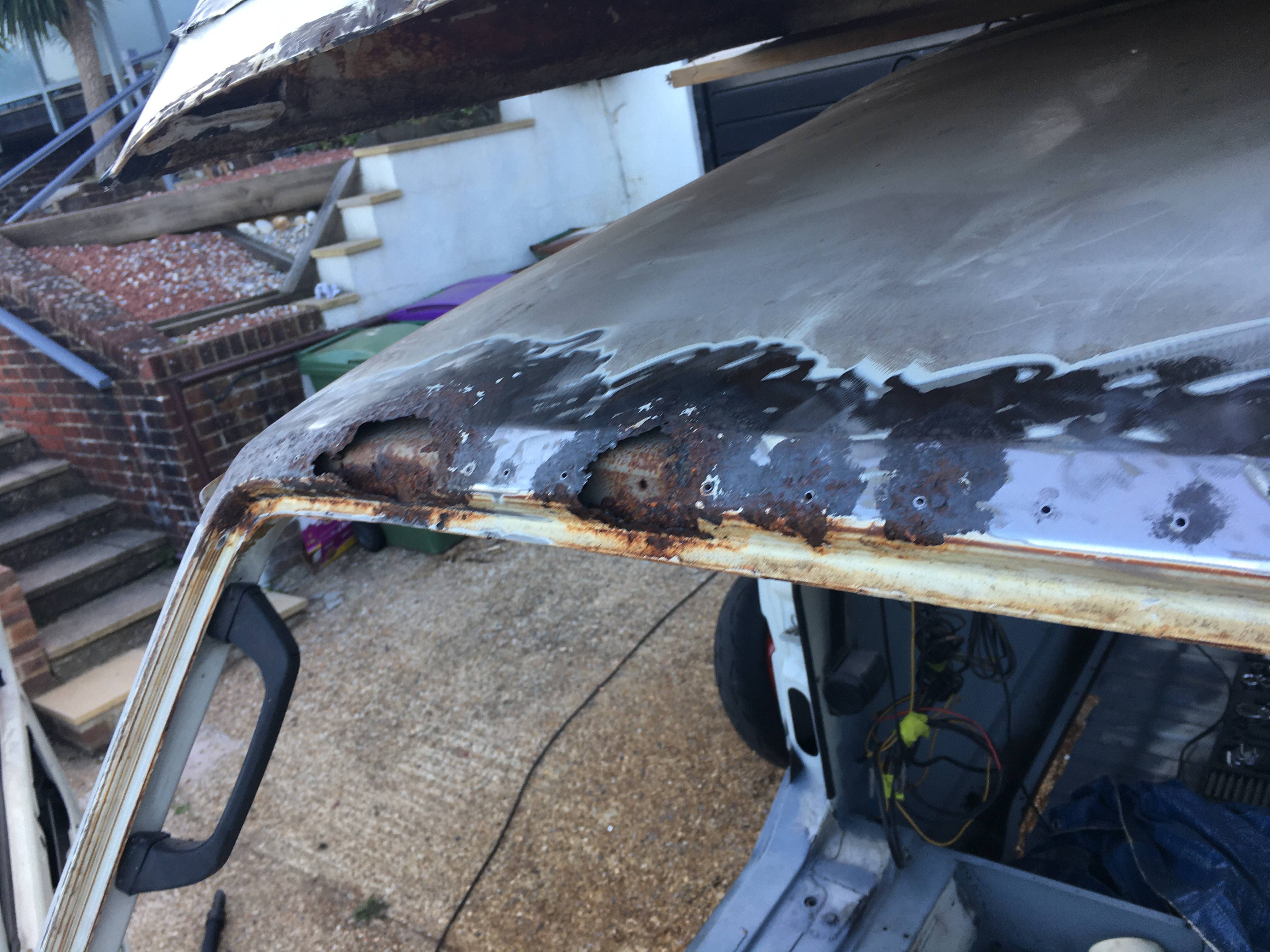 Around the van; The back is super crusty on the corners, gutters are good down both sides other than one small patch of rust that should be a simple repair.

I managed to get hold of a roof cut for the front and rear. I took a reciprocating saw to an absolute wrecker of a van to get the body cuts. It took me the best part of a day and ten cutting blades to take apart the front roof cut to get to the external peice that I needed as the cut is made up of three skins of metal to. I’m not sure if it was overkill using a cut from another van but I was really concerned about losing my corner shark and the window screen seal not fitting properly. The body cut also had a couple of rust spots which was a shame for the price of it.

Again, not to lose my shape I decided to go piecemeal with my repair section rather than cutting out the whole lot.

I’ll take some pictures of my progress on repairing the front and post shortly.
88 Autosleeper Trident 1.9
Hythe, Kent.
Top

Well that’s the repair at the front done. Grinding out the welds in the reveal was really challenging. Ended up using a thick cutting blade in the end. Going to hit it with another coat of zinc paint and then a thin layer of dynax seam sealer just to cover any small pin holes. 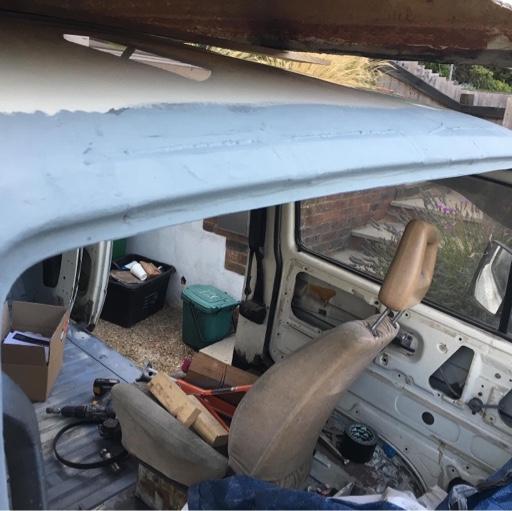 tamson wrote: ↑21 Sep 2020, 23:45 Hi, excellent work and very helpful thread. Just wondering about the rear wheel arch, was the panel you fitted beneath the black tall panel an inner wheel arch panel? Thanks

I used this panel for the inner arch:

I  cut down the areas in red and plug welded to the outer panel in the blue areas. Hope this helps. 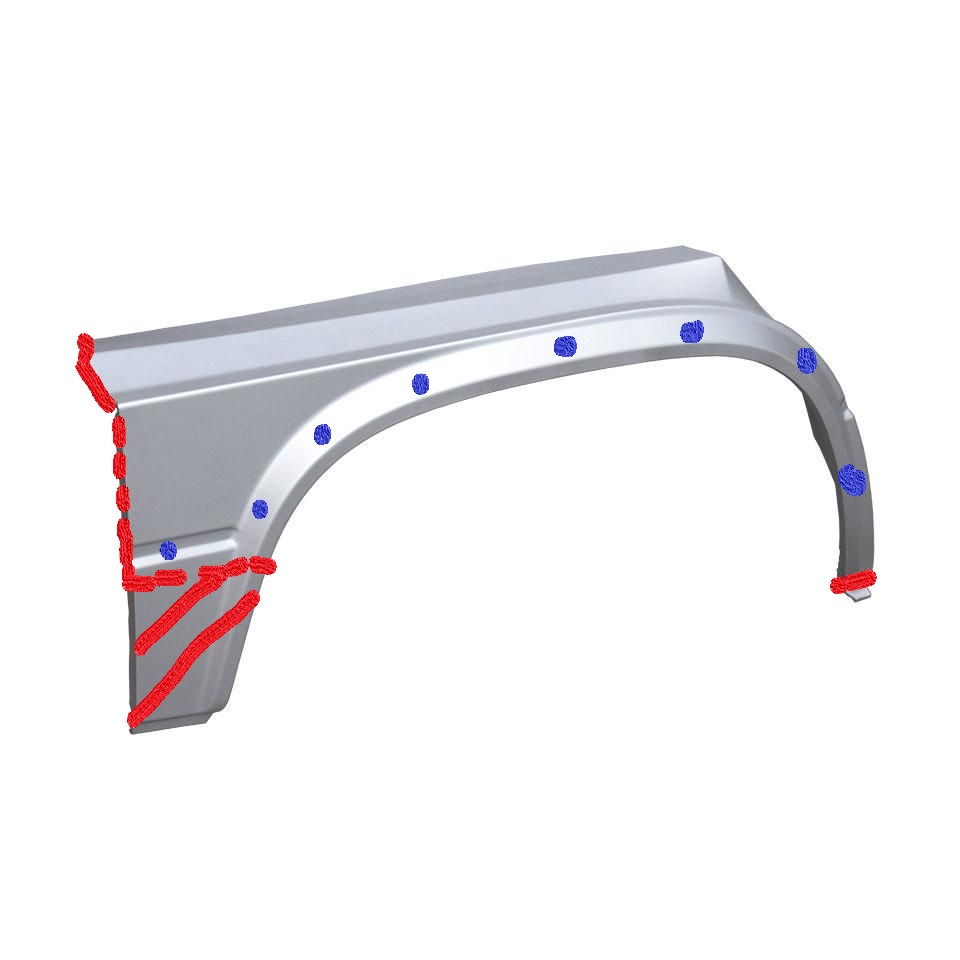 Ah, that makes sense. Thanks for that.
2ltr air-cooled, CU Jimmy
Top

So, it's unlikely I'm going to get the bodywork finished before winter hits.

Currently, the panels have a layer of Bilthammer Electrox primer on them. I was wondering what the best course of action is:

1) leaving this on until I'm ready to prep the panels and paint.
2) Do the bodywork as I go and topcoat
3) Temporary topcoat for winter.

Does anyone have some pointers for me? Thanks.
88 Autosleeper Trident 1.9
Hythe, Kent.
Top

I am on to the rear roof repair. I'm actually a little further along with my welds to be ground down, but the weather has been really intermittent in the last couple of weeks so haven't managed to conclude the works.

Strip back and see what we are working with: 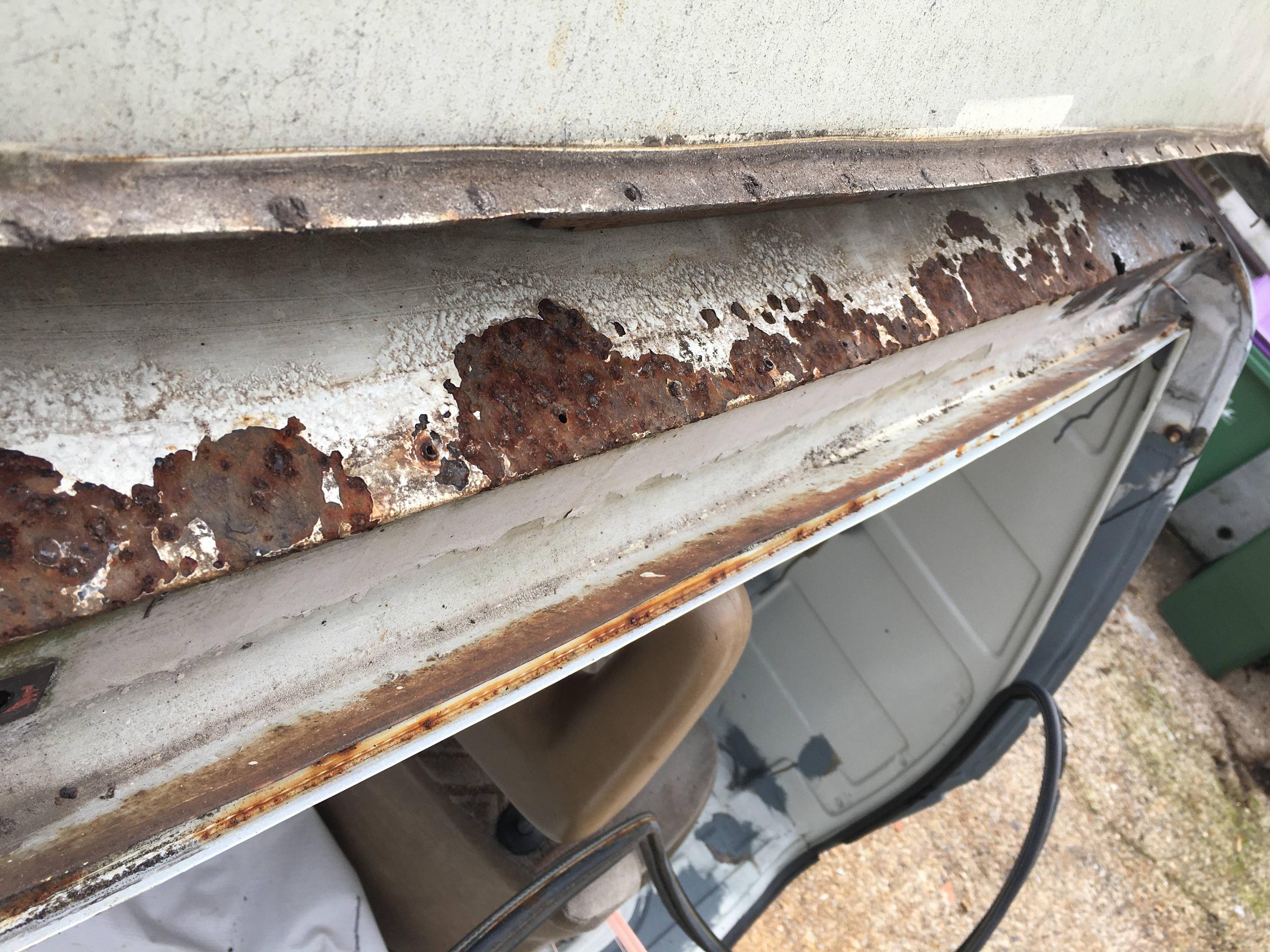 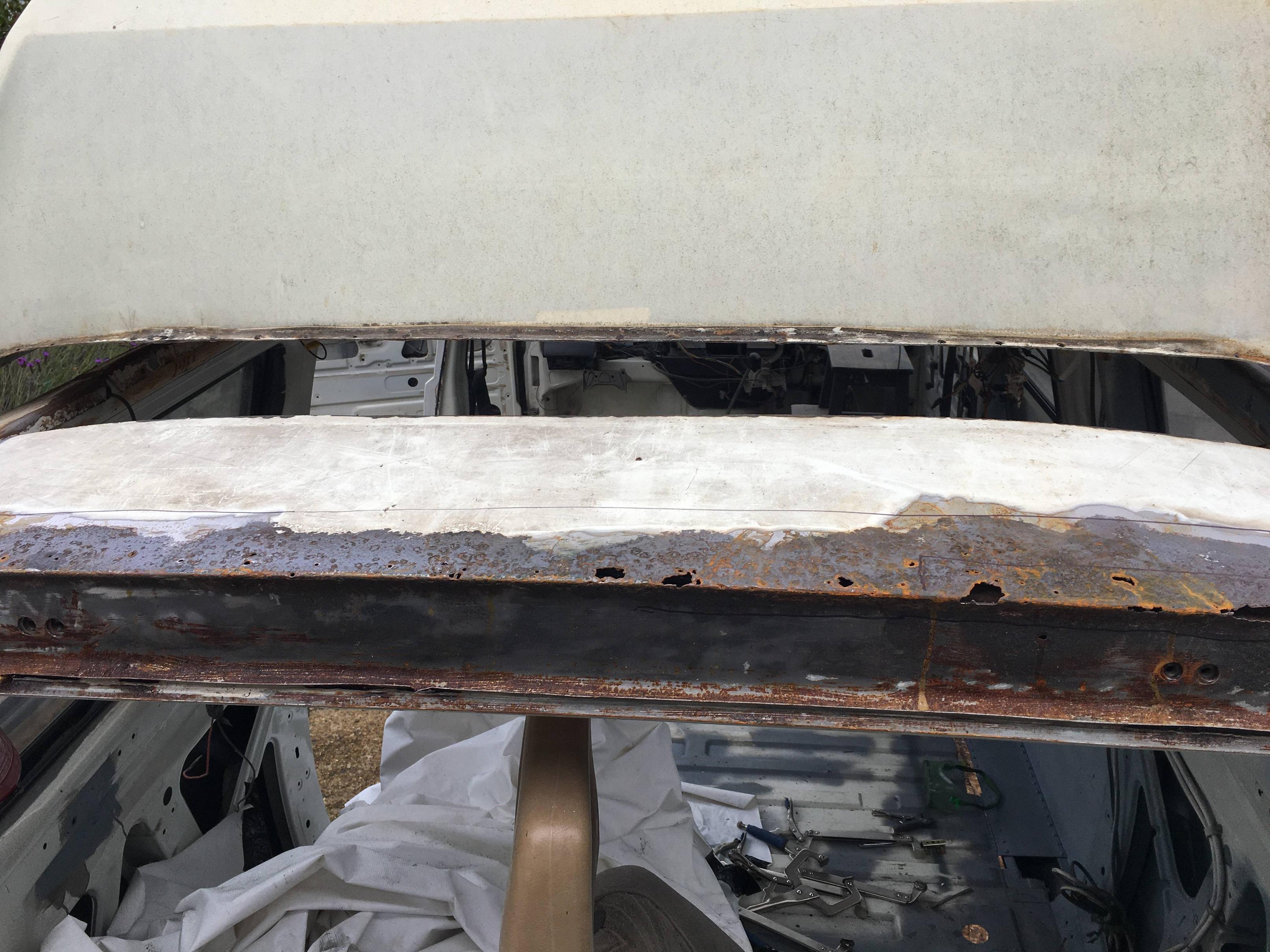 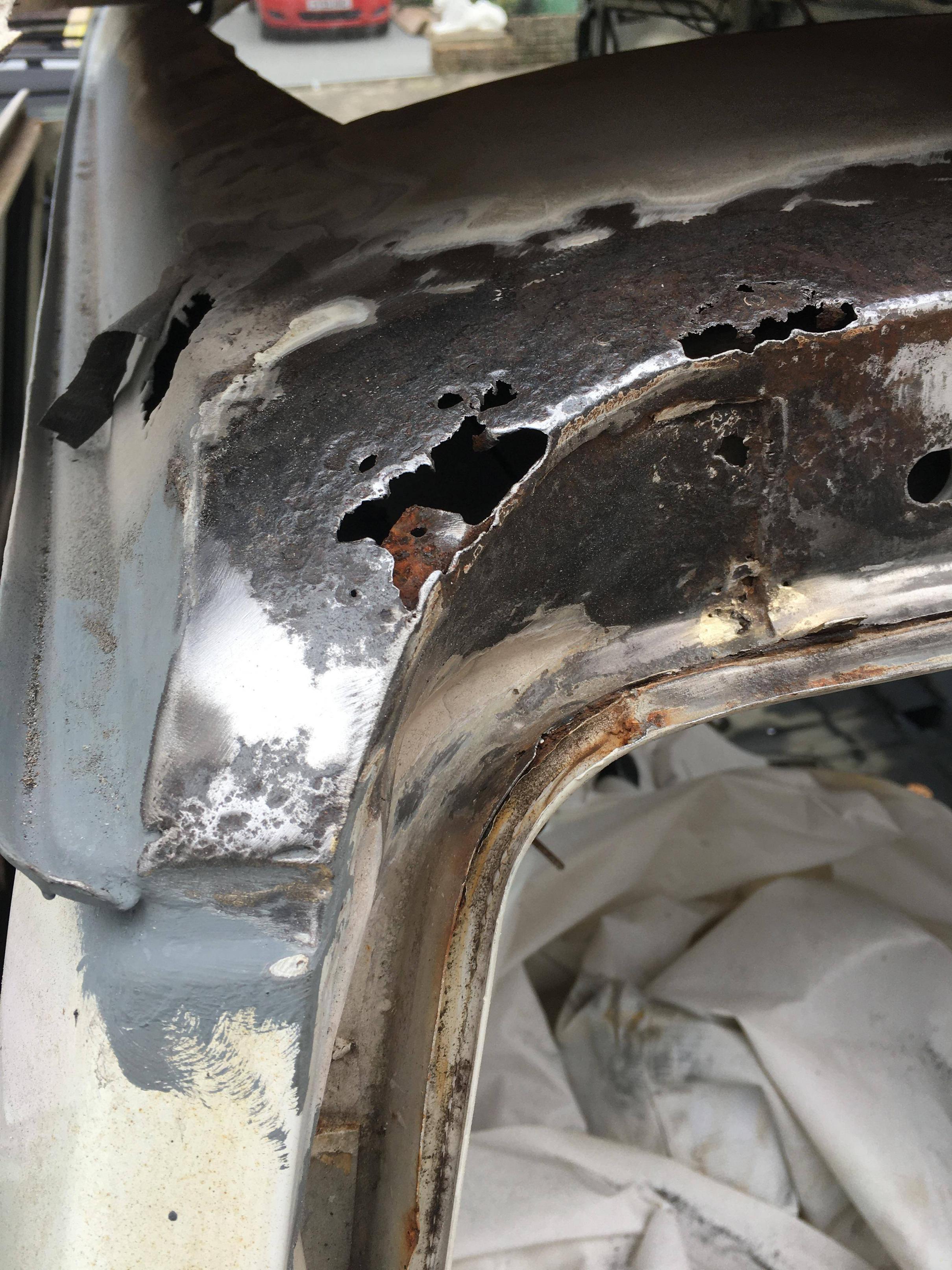 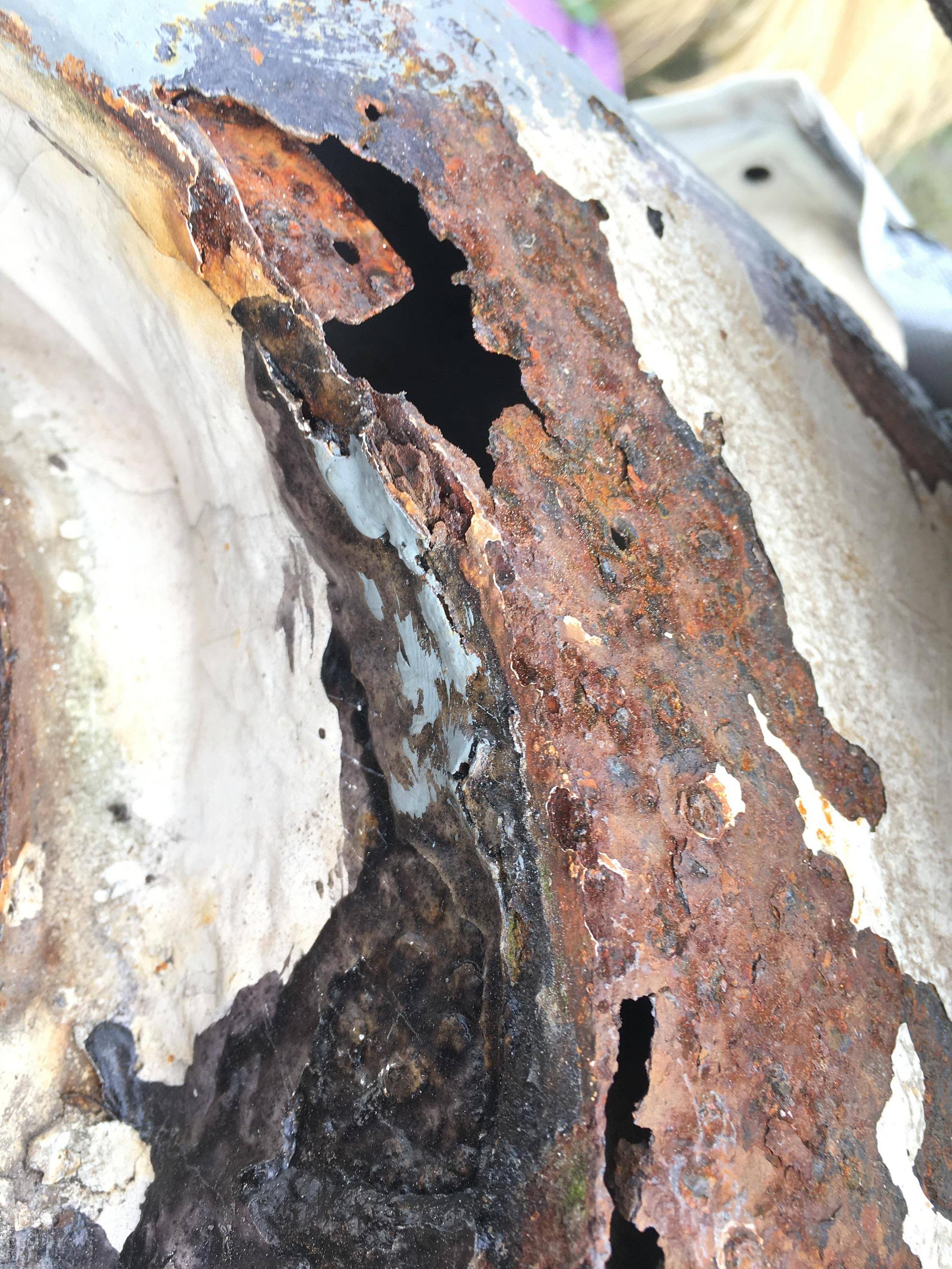 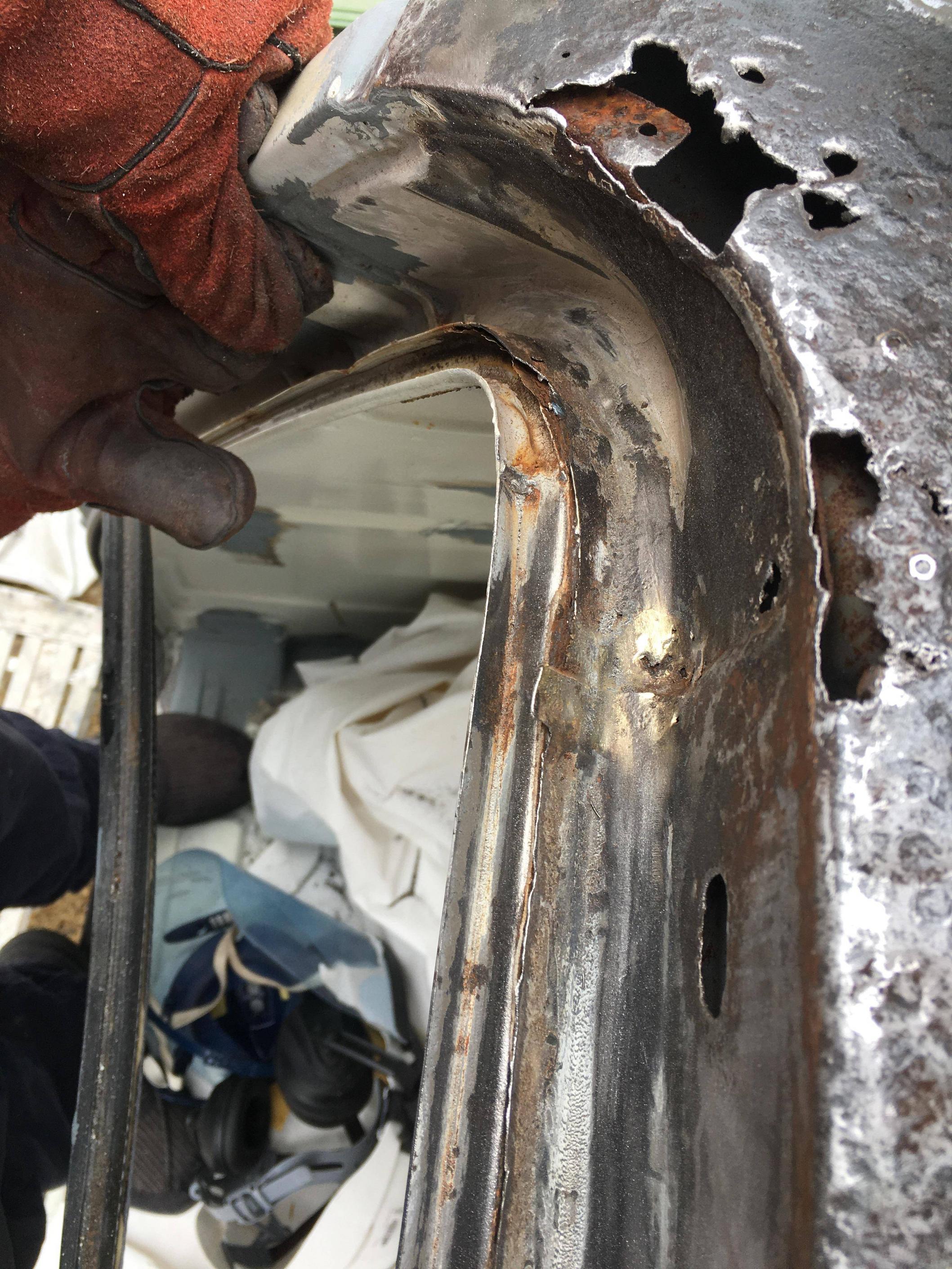 I had previously obtained a body cut, so took out all of the rusted metal. Thankfully the rot hadn't moved inside. 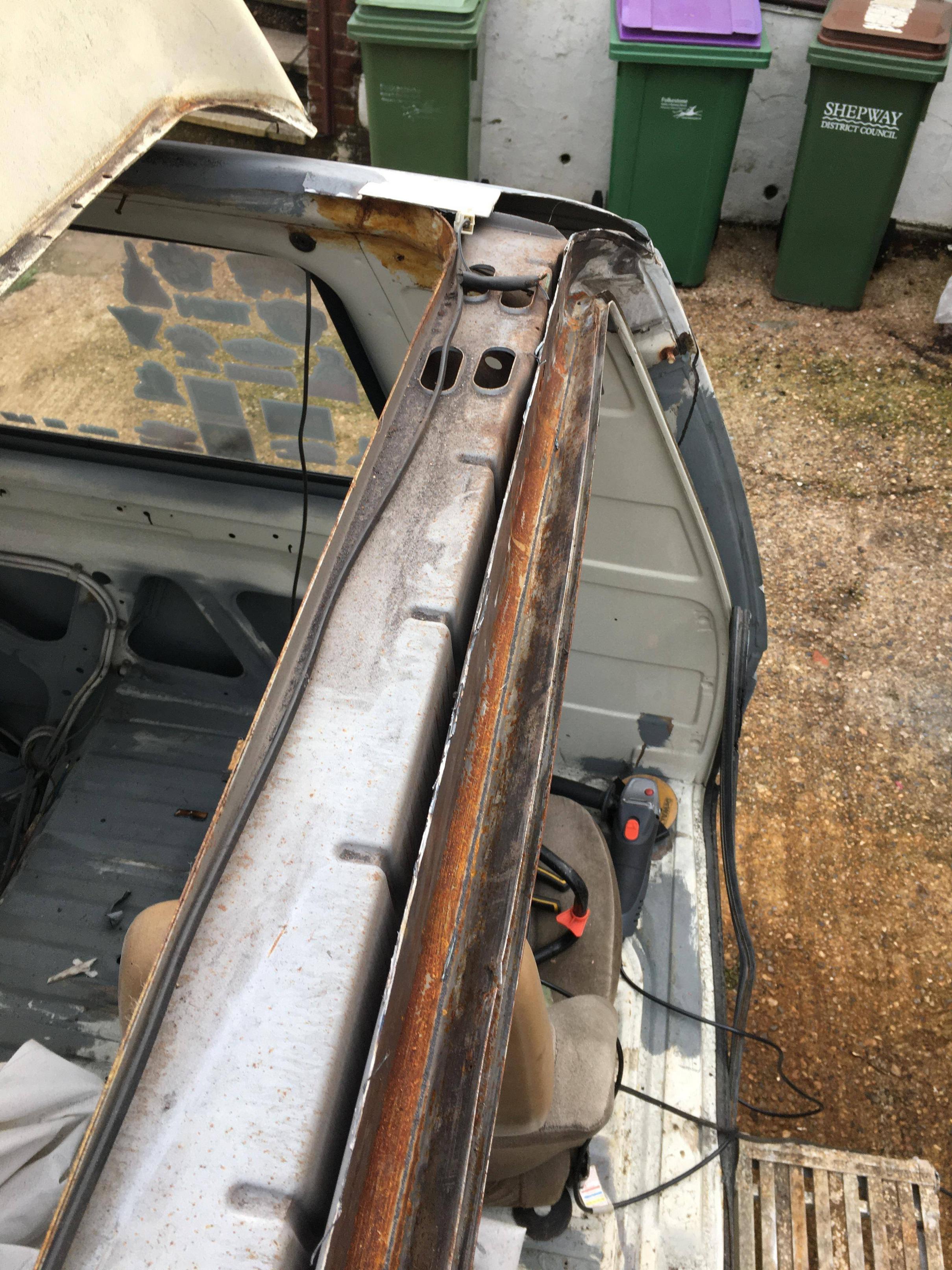 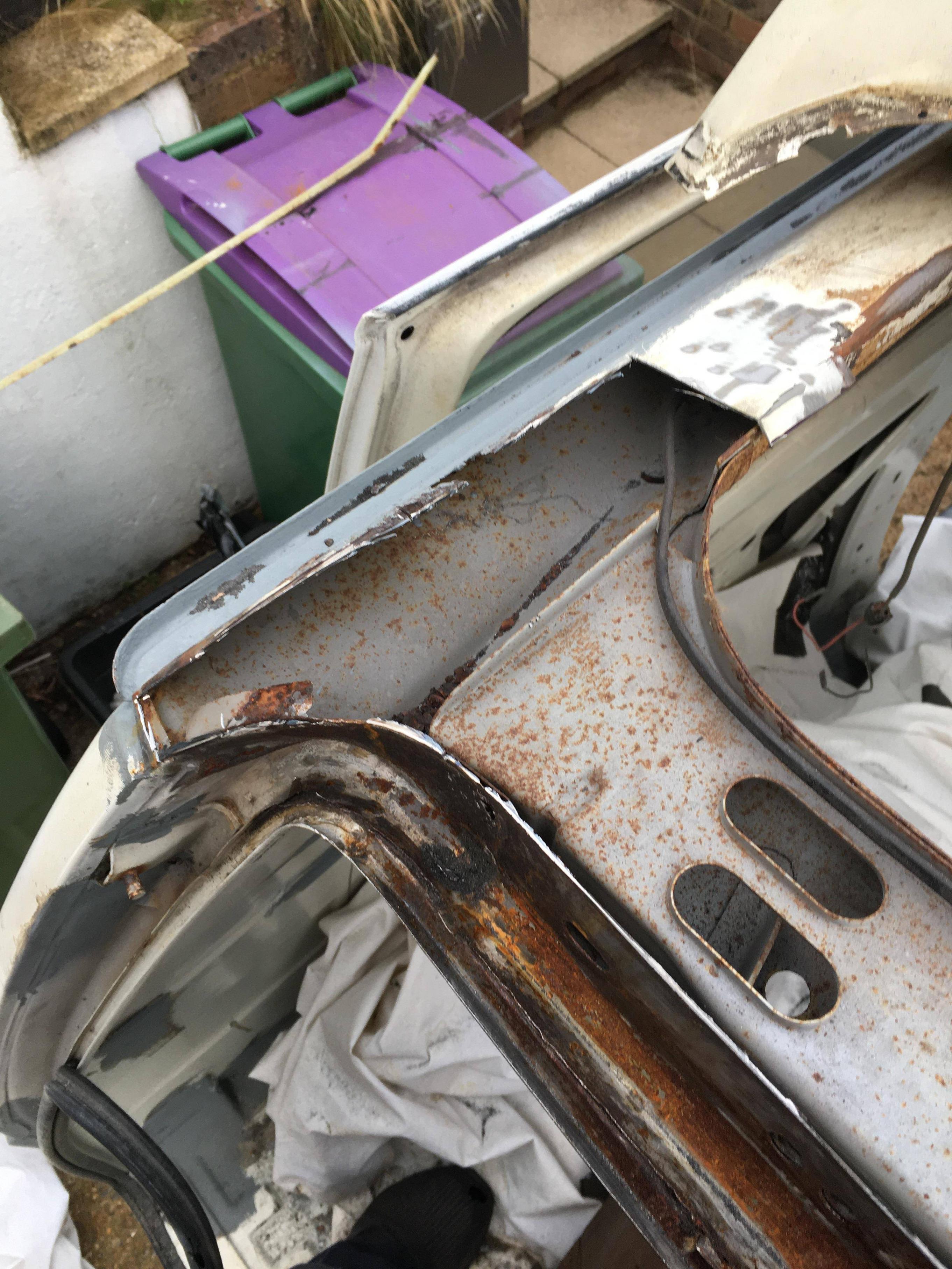 Body cut clamped into place. I have left a slight overlap. 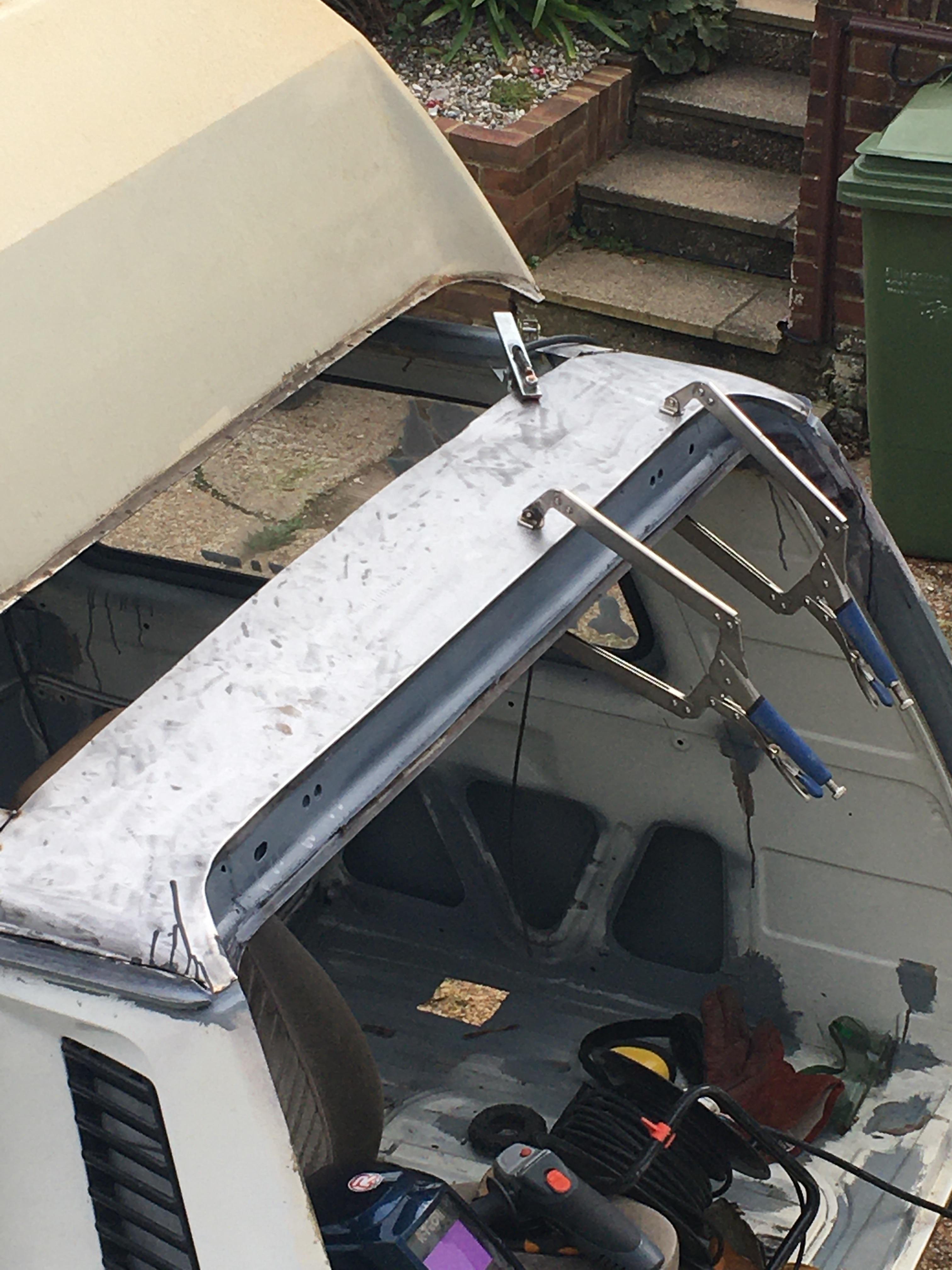 I've had some holes blow open where I think they tin/brass the roof skin to the D pillars. But generally pretty straight forward.

As you can see from the photos I also need to repair the boot seal metal channel, I'll do that when the roof is back down. I'm just going to leave it resting at the moment as I could do with spraying the roof whilst it's off of the van and it'll also make insulating and refinishing the inside easier prior to fixing.

For fixing, I'm thinking of just using Sikaflex or similar. Any verdict on mechanical fixings to add support?

Additionally, I have started repairing the dashboard which has suffered some damage from the years of roof/windshield leaks 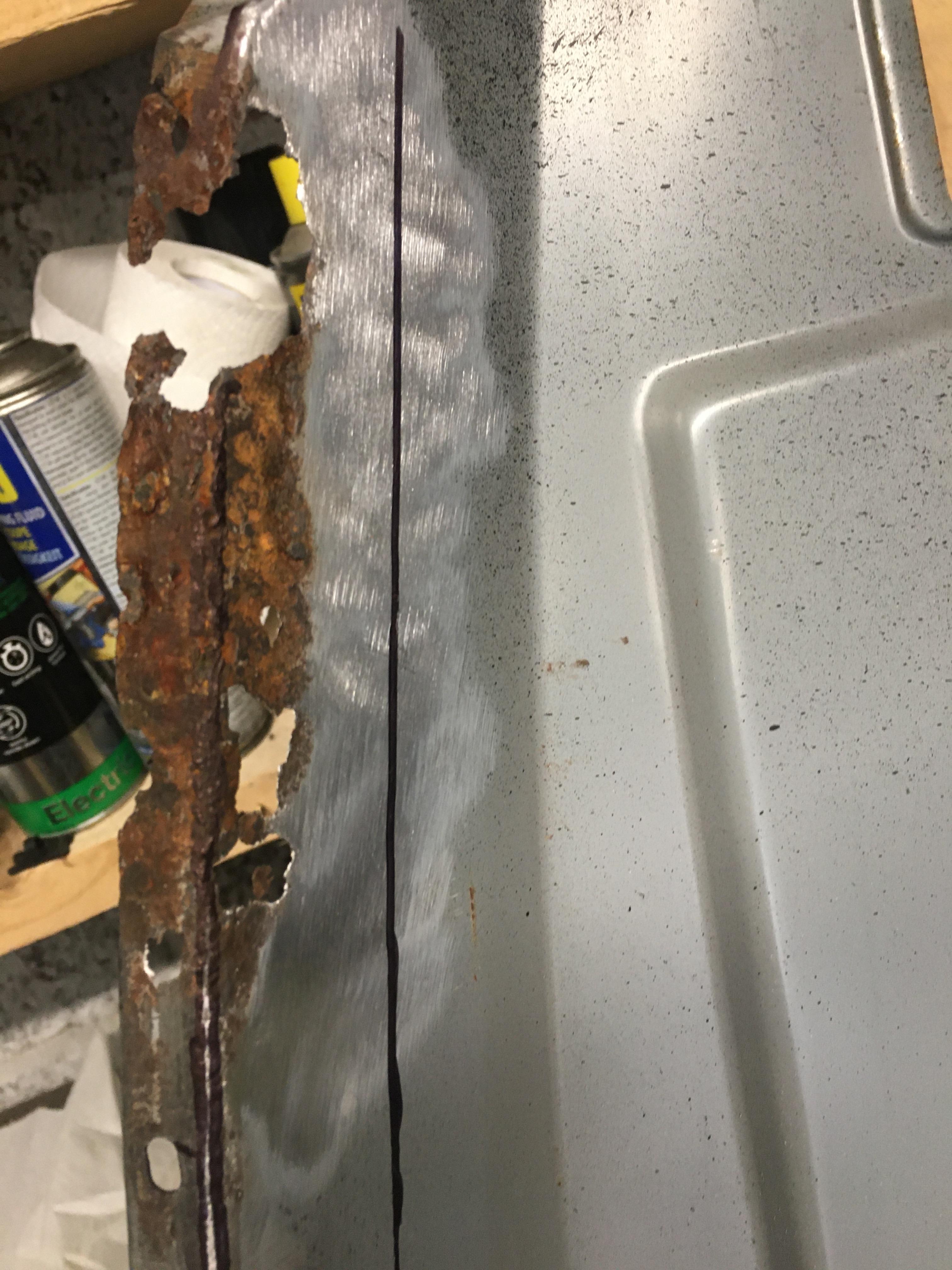 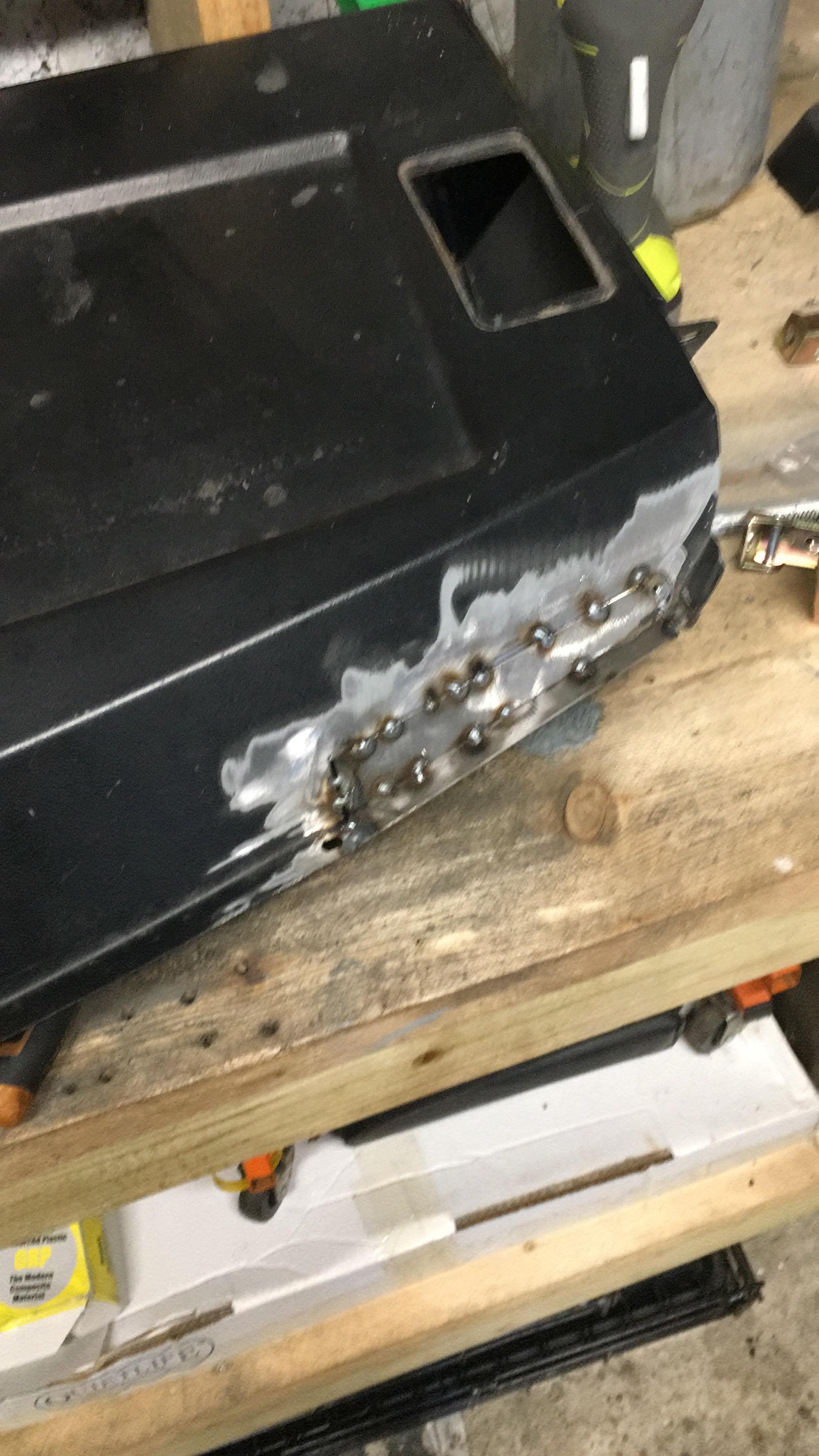