Firstly apologies if this info is on here somewhere, but have done my best to find it, but no luck.

I’m tidying up the main loom in the engine bay black box and the rear light loom, the previous owner has used aftermarket connectors and in places diff colour cable, so need an idea of the original colours and what they relate to.

Can anyone provide this info in way of a link or let me know what does what.

Thanks in advance.
Top

Is it just the rear light loom wires that you require, or the whole rear junction box?

If it is the whole box, then it would be good to know model year and engine used.

As for rear lights, this should be seven wires from one plug and two separate wires, all from the junction box.

There should be round connectors.
Each with seven pins.

One has the lighting wires, and the other is all the instrument stuff.

Note that the reverse lights and rear number plate lights do not go from the seven pin plug.
These are separate wires as follows.

Reverse light wires are Black / Blue, to reverse switch and then to rear light cluster(s).

Hi Robsey, thanks for this, very useful.

Everything in the box as well if possible.

It’s a 84 Doka with a DG , it has the 7 wire round connector for the rear lights, and a bunch of white and yellow oe connectors. Aswell as a inline cigar fuse.
Top

Ah I see.
So it is an early wiring format, for the carburettor set -up.
This may take a wee while to prepare.

Although if you have a Haynes or Bentley manual, then the wiring diagrams are all there.

At bit confusing at first, but quite quick and easy to understand after you have got your head around it.
1983 Tin Top with a poorly DF and 4 speed DT box.
Soon to have a whizzy 1987 DJ.
Top

Here are photos of my DF loom.
I am sure the colour schemes should be the same or similar.

There are three main loom components.

I have no idea what had been done to the red wire.
Definately not servicable / safe.

This is the junction box end.. 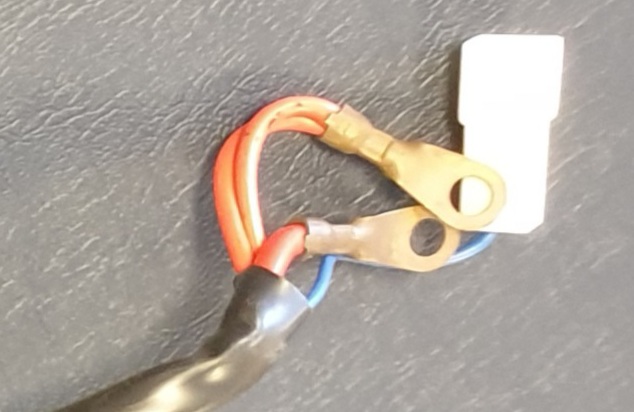 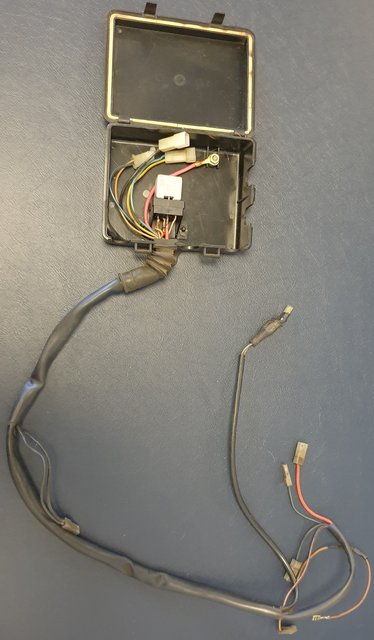 And a close up of the box itself. 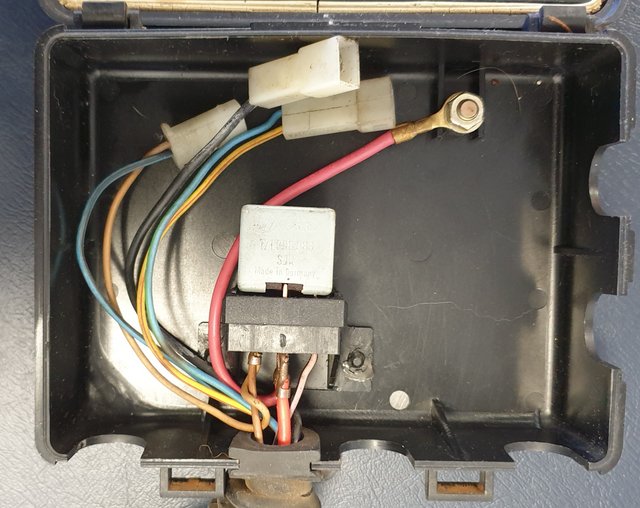 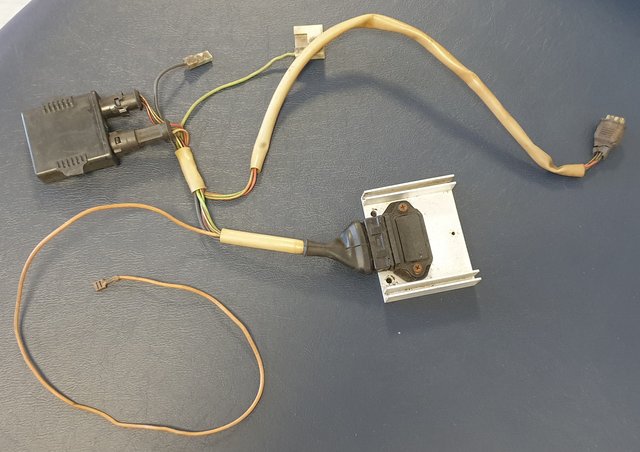 And a close up of the module itself. 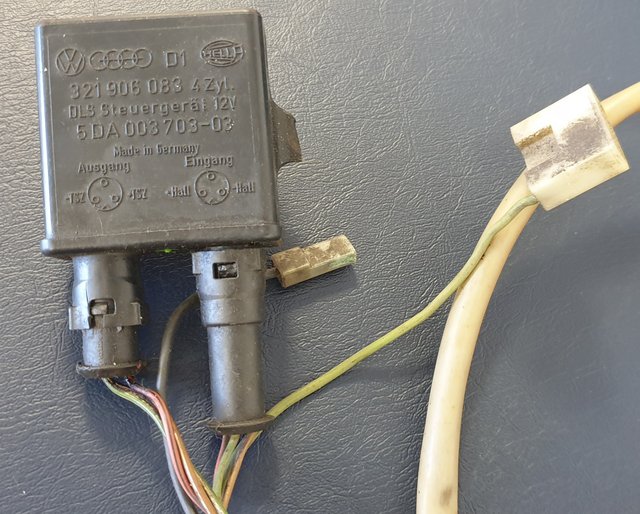 Black is ignition live to the coil
Green is the rpm / tacho signal.
(You would joint onto this for a dash rev counter). 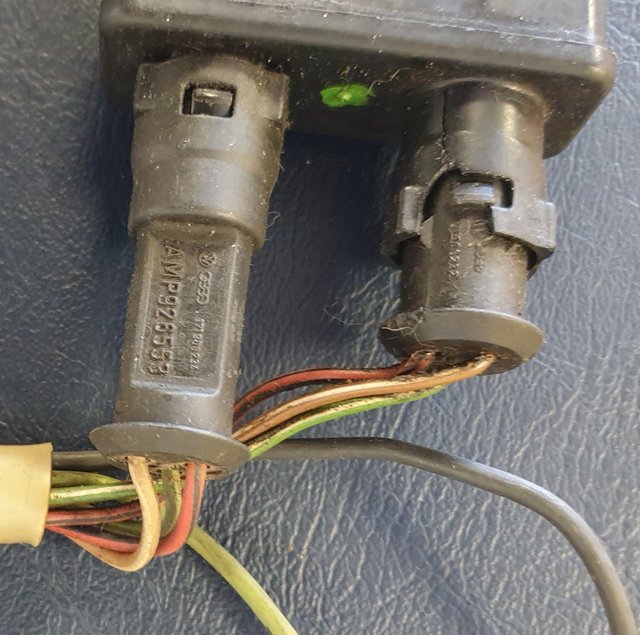 I hope that helps.

The manifold heater should also have a single red wire and spade connector fitted.

And I had a separate brown earth wire.

Being an early commercial vehicle, there should not be much else back there.
1983 Tin Top with a poorly DF and 4 speed DT box.
Soon to have a whizzy 1987 DJ.
Top

Please check my post for the correct rear light colours..
I made an omission and an error.