As part of my conversion from early fuse box to the later CE1 fuse box, I mapped out every single pin in the fusebox. 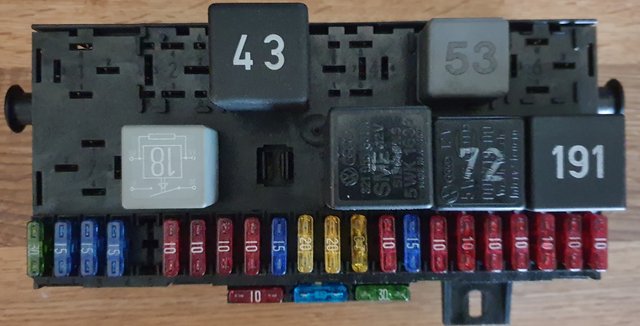 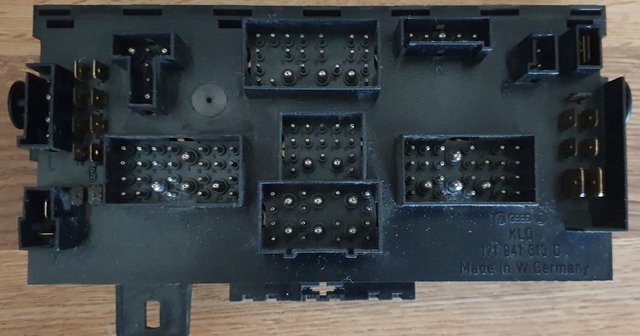 I found that the pins in the "G" connector cluster are not used as much as they could be. 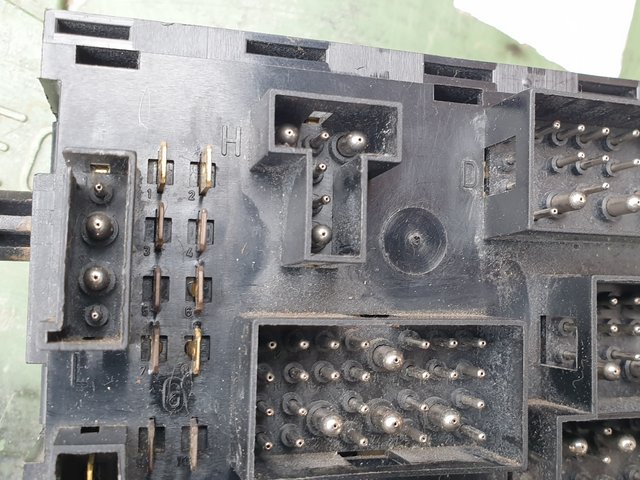 They are numbered G1 to G10, starting top left and finishing bottom right. 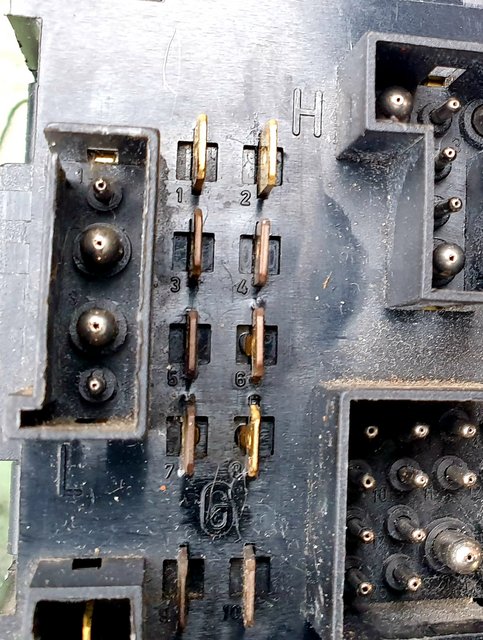 Pin G6
No specific function.
Internal links only to pins:-
A4
D1

G8
Dimming illumination.
Internally connected to:-
A1 - Grey / Blue wire for all dash switches and output from light switch rheostat).

I have done a few tweaks, so please check for any of my corrections.
There were quite a few.

Being spade / lucar connectors, they are so easy to use for adding extras.

I notice, that it also answers a few other recent electrical threads.
1983 Tin Top with a poorly DF and 4 speed DT box.
Soon to have a whizzy 1987 DJ.
Top

interesting this, (E D I T) can i ask what sort of connections plug in the boxes with all the pins in them ?? (E D I T...i see it needs the plugs for the back on them)

Do you have a pic of this connected up in van yet ?

Found this aswell whilst i was researching more on this a while back, may help you out, not mine but could be handy

The van is a long way off from getting the electrics fitted.

There are a mix of connector pins used in the various plugs.
Most are hollow round female pins of two different sizes.

As I am doing a major electrical conversion...
I was a bit of a nerd, creating huge excel spreadsheets.

I also found it interesting looking at how the CE1 fuseboard is wired up in the front-wheel drive cars.

Do be aware though, that dependent upon body type, trim level and model year, the pins used may not be exactly the same between the physical van loom and the various wiring diagrams.
1983 Tin Top with a poorly DF and 4 speed DT box.
Soon to have a whizzy 1987 DJ.
Top

I plan on doing something like this once the engine and syncro builds are done, so great info Robsey.
1985 LeisureDrive 1.9DG 5 Speed- Syncro project.. soon.. ish..
1987 Syncro JX- Donor
Top

I could do tables for all connectors, but I don't know what the best format would be.

On my other forum, we used to make everything into pdf documents.
I tend to start off as excel files, and then print to pdf.

I am just an info whore, when it comes to researching projects on vehicles. 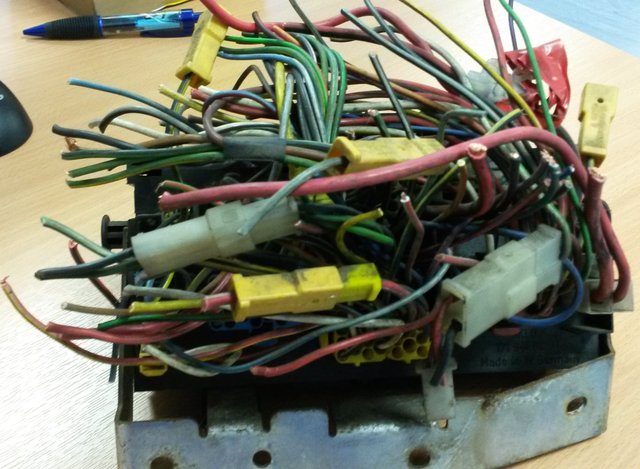 It looks very scary like this.
But modular connectors make it much easier.
1983 Tin Top with a poorly DF and 4 speed DT box.
Soon to have a whizzy 1987 DJ.
Top

That looks a right old birds nest there, but if the knowledge is there for what each block connector stands for then anything is doable, and being a brick not many of them wires are used anyhow with it having basic vehicle electrics and no fancy gizmo’s on it.
1985 RHD Pop Top Autosleeper, 1.7D KY Engine 4 Speed ALD Gearbox (Bertie)
Top

You would be surprised how many wires there are, but that appears to be mainly VW using the fusebox as a junction box, not just a source of fused power supply.

Wires loop in and out throughout the dash on the later loom.
The earlier loom is significantly much more practical with a lot more direct, shorter cable runs.
1983 Tin Top with a poorly DF and 4 speed DT box.
Soon to have a whizzy 1987 DJ.
Top