Thank you Tony. Ok I’ll have a go at pulling the bulb out from holder as is with tweezers tomorrow. It looked like the holder was soldered to the ribbon as I couldn’t see any fixings from the other side, but will fiddle more tomorrow. Here’s a slightly better pic of it’s feet - can anyone confirm whether this is black bulb holder is soldered to the ribbon or detaches? 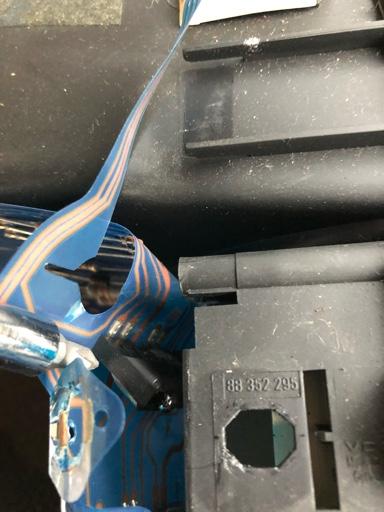 What’s the chance that my replacement 12v LED will poke in as a direct replacement if I do get it out!?

I don't know about tweezers as that could shatter it, maybe a bit of tissue around it to give a better purchase with your fingers and a bit of a wiggle when pulling.  Cannot believe that to replace a bulb would need replacing the whole ribbon, hang fast till somebody else reads your thread to see what advice they give.
1984 Campervan 1.9DG Petrol WBX
Top

All the LEDs and main beam miniature bulb are push fit so you should he able to just pull it out.

The membrane PCB is he'll in place by small plastic lugs, just remove enough of the membrane that will enable you to lift the indicator module once the four securing screws have been removed.

The main beam bulb does often break whilst trying to remove it,  you should he able to get it out with small long nose pliers but squirt a bit of WD 40 around the socket before trying to remove it.
1987 DG Karisma LPG with remodelled interior
Top

Amazing, thank you Angelo I will try then when I get home later.

Amazing. Fingers crossed! I’ll be sure to let you know progress, thanks

Don't forget that LEDs are polarity sensitive whereas a bulb isn't.    The longer lead of the LED is the positive but unfortunately I cannot remember which way around to fit the LED - if it doesn't work first time then simply remove it and reverse it in the socks.
1987 DG Karisma LPG with remodelled interior
Top 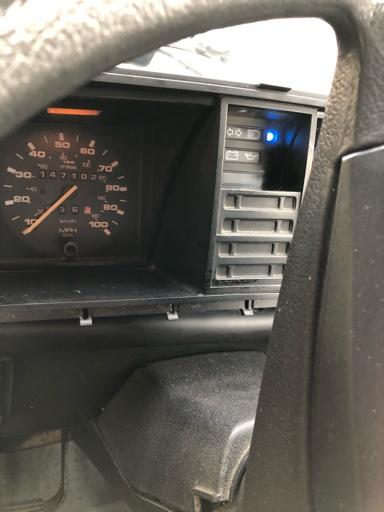 Key was to release enough of the ribbon to get at the bulb holder sensibly as you suggested Angelo. I’m pleased I completely removed the dash as I can’t imagine it would be easy in situe. Also holding the bulb holder with pliers helped a lot - the old bulb just waggled out then. Oh, I did have to trim the led legs by about a cm as they were in danger of poking through the ribbon - the old bulb has little legs so I just needed to match it.

Of course the led didn’t work first time, and so yes I turned the led 180 to reverse the polarity(?!) and now it works fine. It’s all a bit of a faf with disconnecting everything but actually quite fun to dig around in the innards of the dash. I found this guy behind the dead bulb: 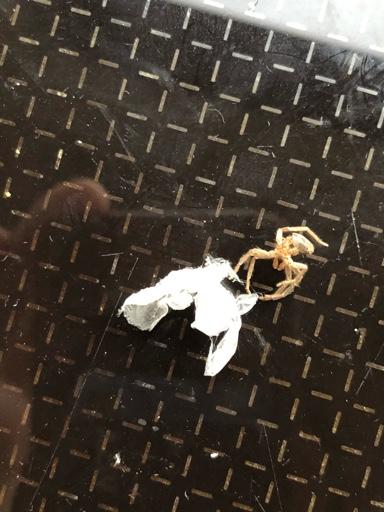 And I’ve just checked in darkness - the 3000MCD I linked to above isn’t too bright - I’d say it’s just about right. Brighter than the original bulb was but doesn’t look to be blinding or distracting.

So thank you to all as ever with this forum, particularly Angelo for this one, much appreciated

Glad you got the light fixed - I was off in the van for a long weekend or would have contacted you as I had the exact same problem recently.

With AngeloEvs  help sourcing a bulb - and like you removing the bulb with long nosed pliers - then cut LED legs - slot LED in place and job done.

glad you had a result.
1987 DG Karisma LPG with remodelled interior
Top

ianvfr750 wrote:Glad you got the light fixed - I was off in the van for a long weekend or would have contacted you as I had the exact same problem recently.

With AngeloEvs  help sourcing a bulb - and like you removing the bulb with long nosed pliers - then cut LED legs - slot LED in place and job done.

Indeed, but on the plus side I now understand how it’s all wired up in advance of future issue...
Plus I will probably smile to myself every time that little blue light comes on!