Tinley tech do one much cheaper. It's called "Safety relay" on there as it's designed to switch off LPG when engine not running, but it is exactly the same in operation.
Here's the LINK
Can also be used to provide an output to a fridge supply relay, so your 12V fridge only works with engine running.

Finally had some time to look at the camper again this morning.

Fitted the new distributor (I followed this video https://www.youtube.com/watch?v=KkyBAMMHpa4), and coil connected everything up and the engine will turn over and the fuel pump buzzes on and off whilst cranking the engine, but it doesn't fire up.

tried many times now, checked and double checked the connections swapped between the two different fuel pump safety relays but no joy.
Also getting massive backfire occasionally when cranking the engine and smaller popping sounds but not firing up.

I checked each spark plug against the block while cranking the engine and they all spark. when checking number 2 there was a huge back fire though. I'm getting a pulsing (although quite faint) from the test lamp out of terminal 31b of the relay when cranking.

Any ideas? Could the engine be shot? the coil wrong? (although i got the one that was meant to match the distributor according to the simon bbc ebay info) Carbs blocked? not sure where to go from here

If it is backfiring then you have got the spark at the wrong time.
Is the firing order correct?
Is the rotor arm pointing to number one cylinder when it is supposed to?
Is the timing correct.
1982 Camper 1970 1500 Beetle Various Skoda's, Ariel Arrow
Top

cheers for the reply.

I've got the plugs connected up firing order 1, 4, 3, 2. with the distributor turning clockwise.

I've not been able to correctly set the timing yet, that was going to be the first job once it's running

Thanks Ben
RHD German import 2L CU microbus, slowly becoming a not so rusty camper with a GTI engine
Top

Yes turn the distributor either way to see if it makes any difference.
1982 Camper 1970 1500 Beetle Various Skoda's, Ariel Arrow
Top

Hi, cheers, I've tried various positions in both directions but still no joy, it hasn't repeated the big backfiring, but the battery is now in need of charging so maybe that is also having an impact? I've put the battery on charge for tonight and I''ll try again in the morning.
RHD German import 2L CU microbus, slowly becoming a not so rusty camper with a GTI engine
Top

it's turning over but making loads of popping sounds, not backfiring but sounds under pressure?
RHD German import 2L CU microbus, slowly becoming a not so rusty camper with a GTI engine
Top

RIght then - new ignition leads fitted and still no difference. Then I moved all the leads over by two spaces and success the camper lives again ;o)

so is it OK to run like this? is the new distributor just set 180 degrees out? so plug 3 now becomes plug 1?

Cool, Thanks for all your help getting me sorted ;o)
RHD German import 2L CU microbus, slowly becoming a not so rusty camper with a GTI engine
Top

Hi Herb,
I'm following option 3. I've identified all the connections except where to take the ignition controlled feed. Is the 15 pin off the coil OK, based on feedback on the other option?
1988 Hightop
1.9 Petrol
Top

Of course now it's taken me over two hours on my back just to finally find someway to fix it, I'm wishing it just replaced the the mechanical pump...
I'm sure I'll feel better once it's finished.
Tea break over, back out into the cold.
1988 Hightop
1.9 Petrol
Top

All done now. Just a little tidying up. Going to fit a small aluminium plat below the pump to protect it too.

It did take a while to start. Not quite immediate, but there was a chunk of oil in the pump. Just need to take it to work this week for a decent run out.
1988 Hightop
1.9 Petrol
Top

I’m in the process of fitting an electrical pump. I’m struggling to get it working, I’m using a relay. When I turn the key I’m not getting any power to the pump.

Can anyone give me some pointers please? 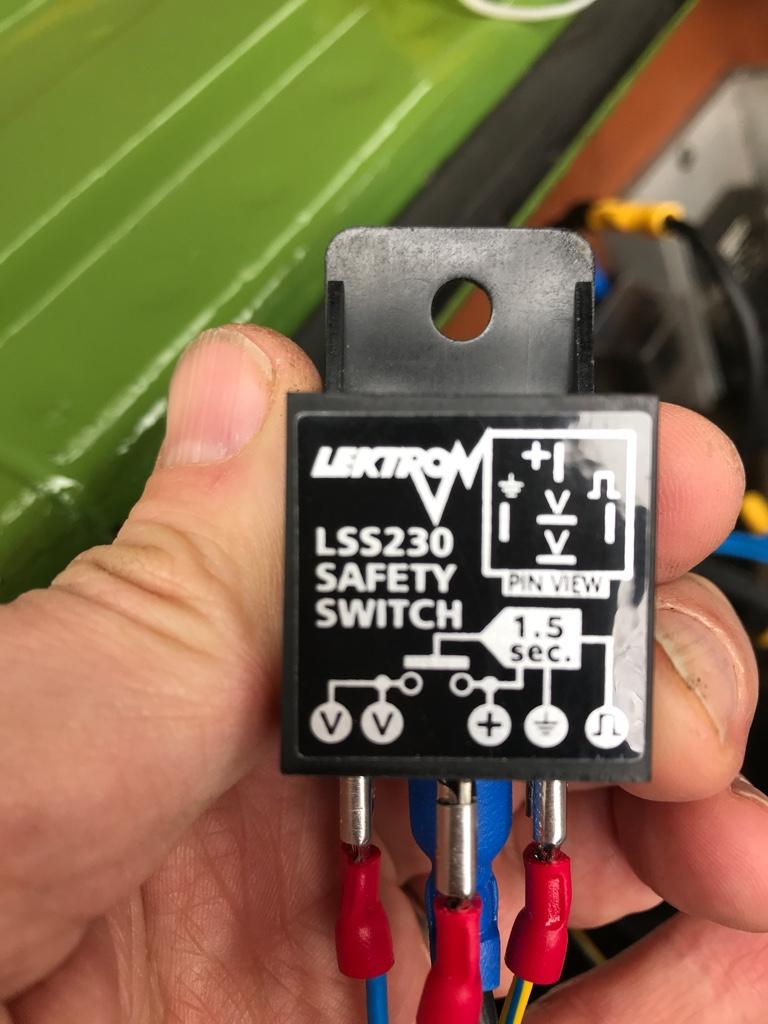 From your picture I've tried to deduce your connections: blue wire to earth, yellow/black to coil pulse/negative side of coil, terminal nearest camera (can't see colour) as ignition live (my advice - should really be an insulated terminal), and the rearmost blue insulated terminal is the output to the pump. Is that all correct?