Hi photo of the temporary earth wire at the starter end, fitted to the lower starter bolt.


the other end at the gearbox to van braid

the link to the ebay site that custom makes the cables looks ideal.

Thanks for suggesting inadequate earth as the fundamental cause of the starting problem. I have used an old jumper cable. The crimped connector was flattened and drilled to make a spade terminal and that was inserted in the upper Allen bolt mount of the starter motor. The other end was connected directly to the negative battery terminal.

This solution is the culmination of trying many things including replacing the starter motor. Before replacing the starter motor, the problem manifested itself as the "click problem". The new starter motor does not click so loud but the problem still existed until I used the jumper cable to provide a better earth. On reflection, relying on a 35 year old mild steel body consisting of several panels to convey 100 to 200 Amps from one end of the vehicle to the other is a bad idea.

Yes, I know the red colour of the cable is misleading and incorrect. 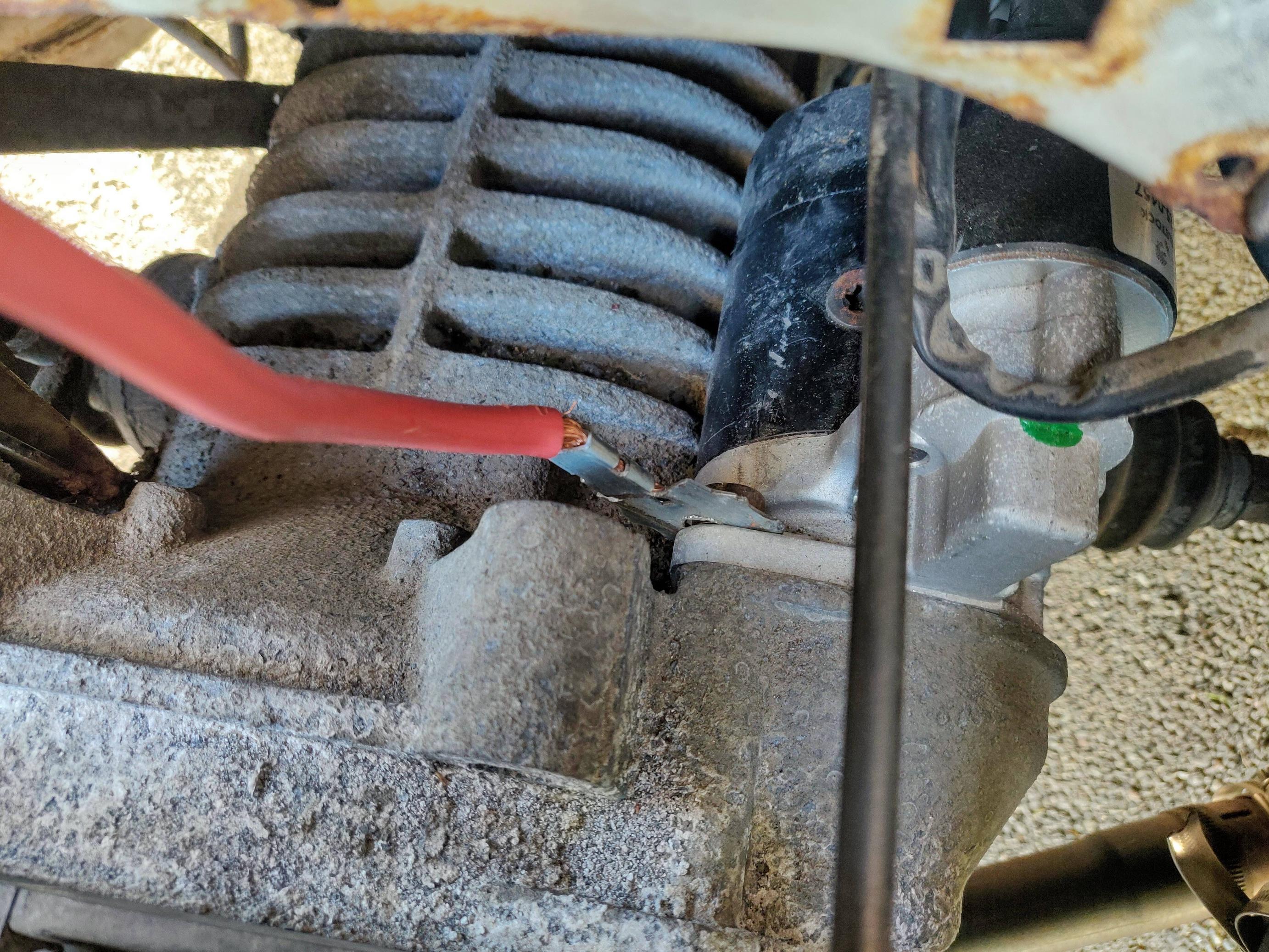