Disconnect the negative terminal (earth strap) from battery, join (12v bulb and holder from Maplins £1.90) test light between battery -ve post and the now disconnected -ve Earth strap, so the light is in series between the battery and the earth strap. Ff you have a light showing, it means you have a drain. Remove each fuse in the fuse box one by one till the light goes out, this tells you which circuit the problem is on. it is then a case of finding the fault on that circuit. Make sure the interior door light is turned off so its not showing a false reading.

For those who like to 'battery watch', whether using a twin battery set up or just the one, why not fit an LCD voltage meter in the heater cowling? Theres ample space behind where I mounted mine and you can see at any given point, what the current voltage is, and it'll rise as the alternator kicks in, giving you some indication that it is in fact charging. 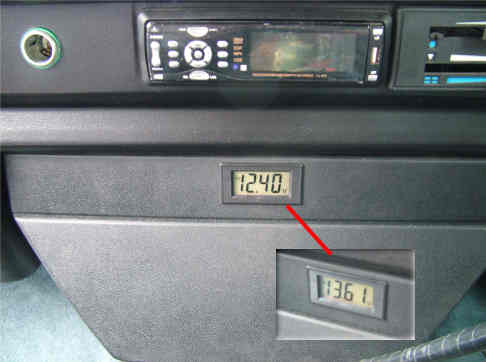 These meters cost around [£7 from a store in china (ebay - link below) and take about a week to arrive. Very easy to fit. Just earth the black lead on the meter and extend the red to the live terminal of whichever battery you want to monitor. Useful gagdet and helpful when checking for gradual leaks, drains or just watching your alternator do its stuff.

Because the cowling is only made of plastic, marked out, a little drilling or a craft knife and a file makes it a breeze to cut the hole. 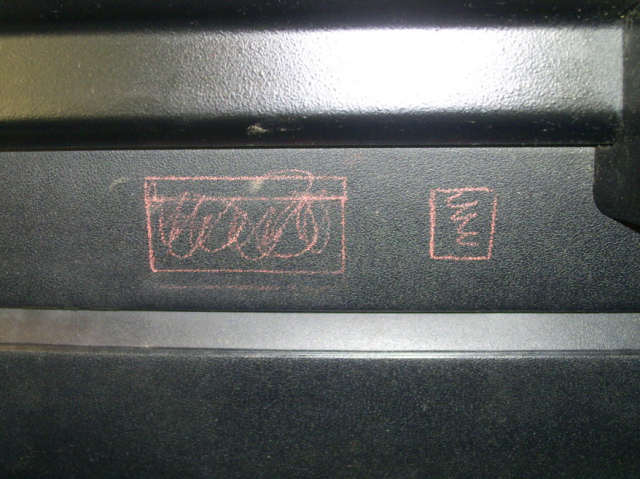 The hole shouldn't be too tight or you'll stress the circuit board. You want a perfect but easy clip-in fit. A small file should help you get it right. 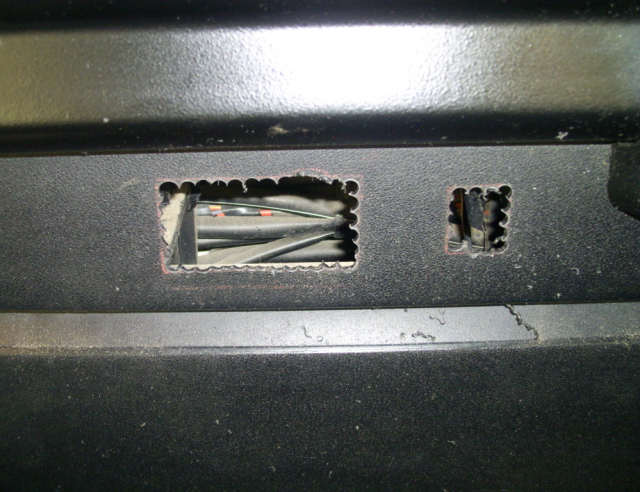 You could fit two (one for each battery) or fit a funky switch to monitor a second battery on the same display. Back-lighting for the meter can run from your normal dash lights. I disconnected the inbuilt display light and simply glued an LED in its place, run from dash light circuit so it automatically comes on at night. A reassuring mod this one.

Clearly it won't tell you if a battery is any good (ie amps) but its still worth having to give you an idea of whats going on - if indeed anything IS going on.

Adding a switch to watch either battery is easy. Black (negative) wire for meter goes to chassis earth since both batteries use it. The red wire from meter goes to centre terminal on a two-way switch. The outside terminals on switch go to positive starter battery and positive leisure battery respectively. All very simple if you have a modicum of interest in circuits (nothing complex) and even if you don't, it should be easy to work out.

Meter seen in this article available from http://stores.shop.ebay.co.uk/Asia-Engineer__W0QQ_armrsZ1 - takes about a week.

Search for "Blue LCD Volt Meter DC 7V-20V" - if correct one, it'll say "Doesn't Require Power" - you don't want a meter that needs its own power supply (defeats the object).

Above photo shows meter fitted without a switch (an option) but the diagrams below and subsequent videos show the meter with switch fitted and how it works in practice.

Here's a meter (same supplier) fitted by member 'Cruz' with the switch (see above diagram) which allows him to switch from one battery to another and read voltage from alternator. You can buy a range of switches to suit from electronic spares shops or via the internet in toggle, rocker or slide form. You may prefer to mount the meter in the back of your vehicle, or even have two meters, but one does the job very well with the inclusion of the changeover switch and the heater cowling would seem to be the best place to mount it. Cutting a hole in the metal dash is a mammoth undertaking compared with cutting plastic! 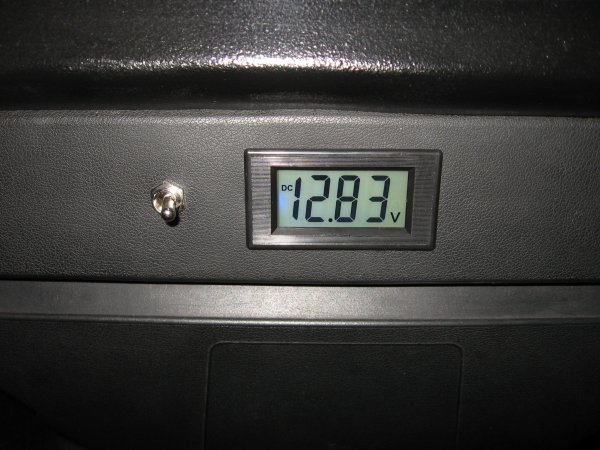 There are two videos associated with this which give you an idea how it works in practice: