This how-to was posted by neil3965 and is replicated here for reference.

I lost my van keys. The only ones I had. Had been meaning to make some copies, but there you go.

I checked the code on the cab door handle - 8899 [not the real code, folks, but it's important for the end of this story!] and ordered a new key from eBay. It didn't work. Oh well, I thought, it's because the old lock is so worn.

Luckily, had a spare set of locks (also obtained from eBay) so decided to replace the old ignition lock. I wasn't sure if this was possible without removing the steering wheel and pulling off the steering lock (no key, remember), but it turns out that it is possible, and quite straightforward.

All you have to do is remove the plastic cowling around the the steering column (two screws, and a push clip). Bottom part comes off easily, smaller top part is more of a 3D puzzle but it does come off after a bit of Krypton Factorish twisting and rotating.

To remove the old barrel, you need to drill a 3mm hole in the steering lock casing at a point defined in the Bentley manual (saw no mention of this in the Haynes): 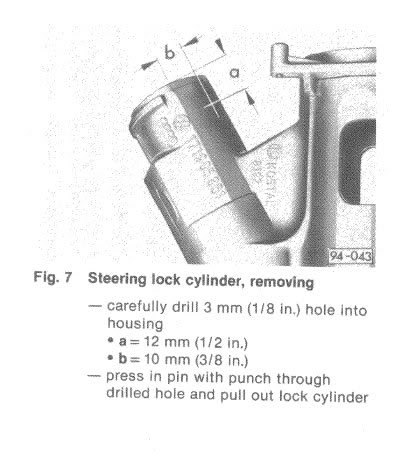 Easiest to use a caliper and scribe (tape or ruler and pencil would work too). First, scribe a line 12mm down from top edge of casing: 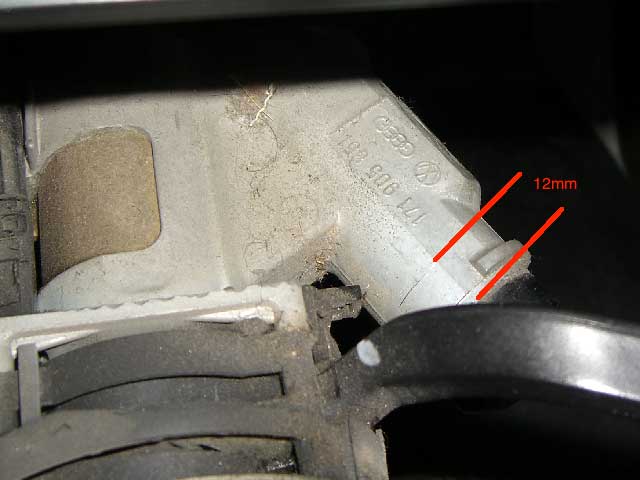 Then another line 10mm from the flat part where the VW part number is engraved: 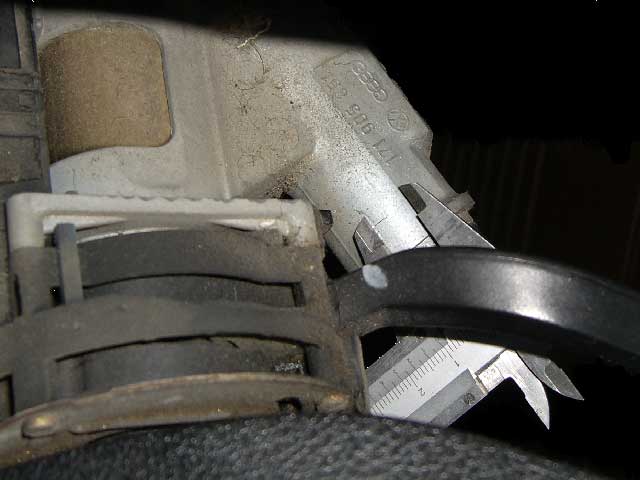 Carefully drill a hole using a 3mm bit and a drop of oil - gently does it, as the aluminium casing is little more than 1mm thick; it's tight getting the drill in, and it won't be 100% straight, but that's OK: 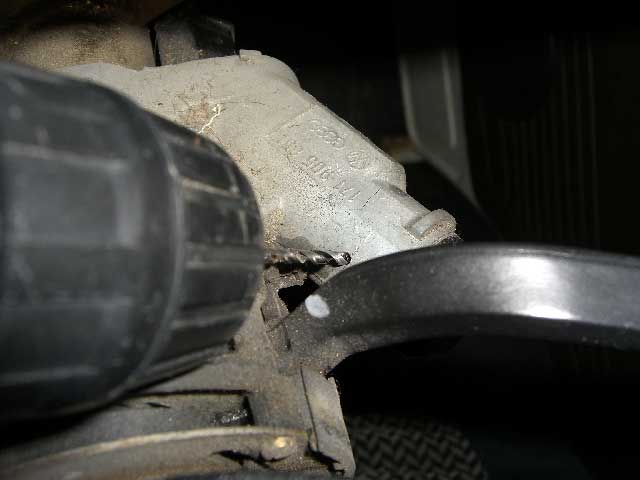 Wipe away the swarf, then use the scribe or a punch or even a ballpoint pen to push in the metal spring clip in the side of the barrel, and pull the barrel out: 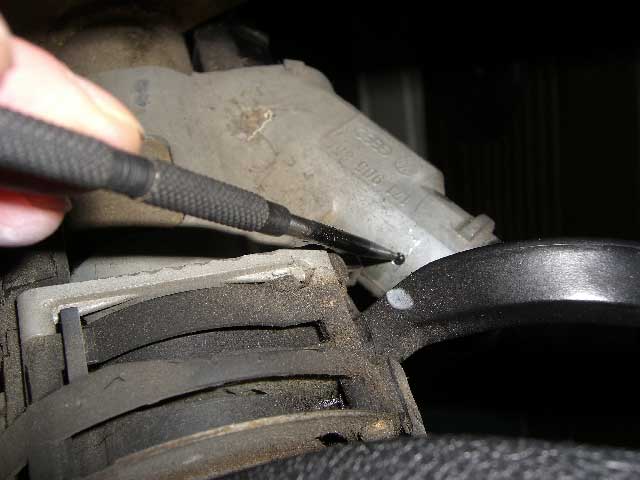 Here you can see the spring clip on the side of the barrel - just a curved strip of springy steel. In terms of accuracy, the 12mm measurement for the drill hole is more important than the 10mm. 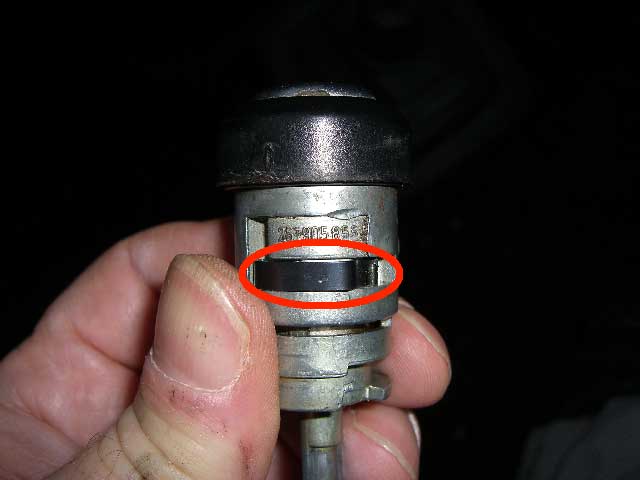 The new barrel just slips into the housing - a ridge and slot makes sure it can only be inserted in the correct orientation.

Replace the cowling, and you're done! Put the top part on first, and make sure that the little clip at the front edge nestles behind the ridge on the lock housing: 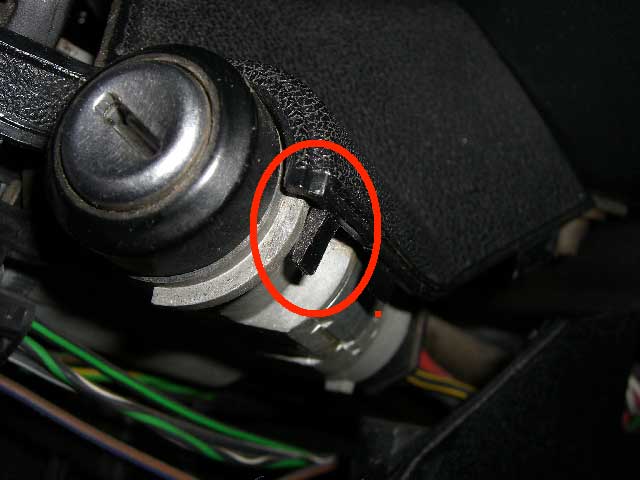 That's it - took me no more than 20 minutes. Just to finish the story, when I withdrew the old barrel I checked the key code number on the side - 6688. Doh! It hadn't even occurred to me that I might have read the number on the door handle upside down...

For the record, ignition key lock is NOT like door locks. Although the tumblers and general appearance may look similar, the tumblers are longer/thicker than those seen in door locks and there are more of them - ten in all, some back to back. Its an incredibly frustrating, fiddly job at best and it would be wiser (and cheaper) to re-key door locks to a new ignition lock - not the other way around. I tried, gave up and reinstated the original tumbler sequence and key. You have been warned - you'll regret trying.

If you really must re-key your ignition, you'll need a BIG pile of secondhand ignition locks for parts and personally I would not recommend anyone attempt this at all. There are just too many different tumbler types/numbers in an ignition lock. Doubt VW stock them any more so if its become very sloppy, just buy a new lock. Its not such a major hardship having a different key for ignition anyway. It may even improve security.