Borescopes are fairly high tech devices for viewing inside engines/components through a small bore, probably originating in the aircraft industry..

I often use one of my digital cameras to look (later on, at leisure) where my eye can't get without a mirror and blinding light, usually mutually exclusive!) - the modern (cheap) digital camera can often snap a shot that gives a good clue how bad the situation is inside say, a long sill section.

Here's a T25 sill example, and despite heavy and extensive cleaning using a variety of means, shows there's still some detritus that's probably best scraped out before final interior rust treatment. N/s sill on a RHD van (sliding door side) 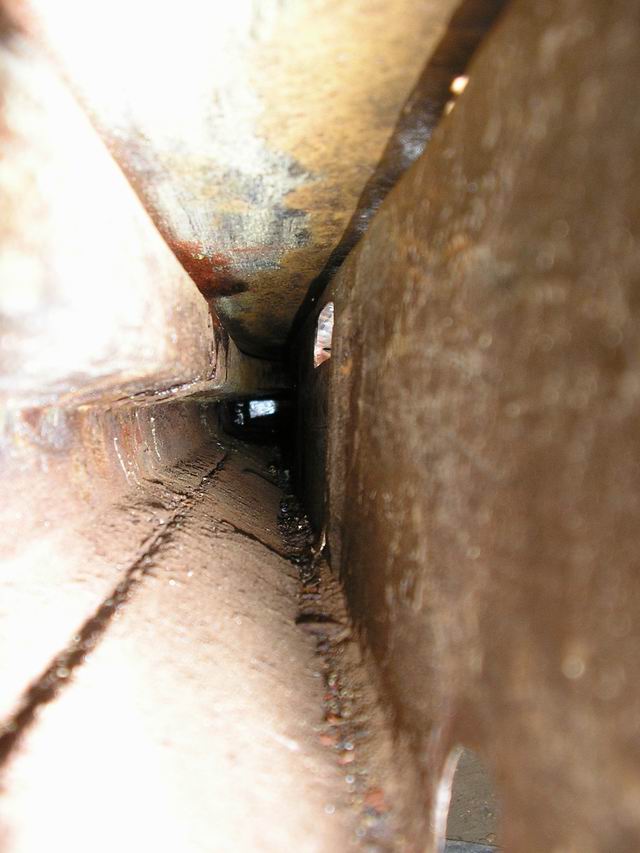 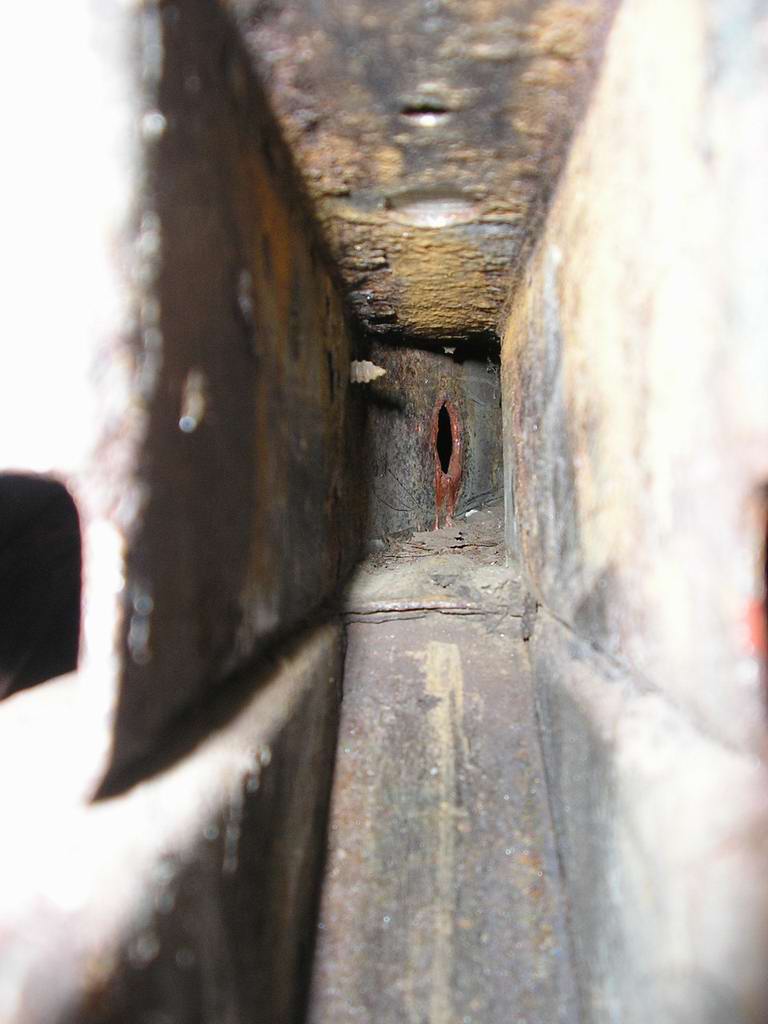 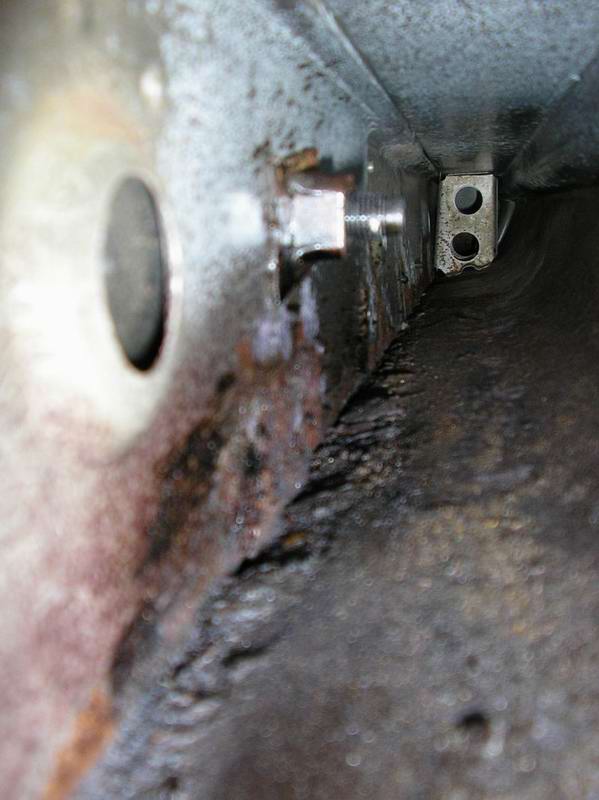 This one was taken when repairing rear of a Micra sill, looking forward to see the rust-state adjacent to driver seat-belt anchor-nut. Considered OK, but brushed out and anti-rust treated.