To do this job you'll need vehicle on a GOOD axle stand with wheel off. To lower arm enough to swap out bush, remove bolt and nut through bush and place jack at outer end (under disc will be fine).No specialist tools as such. 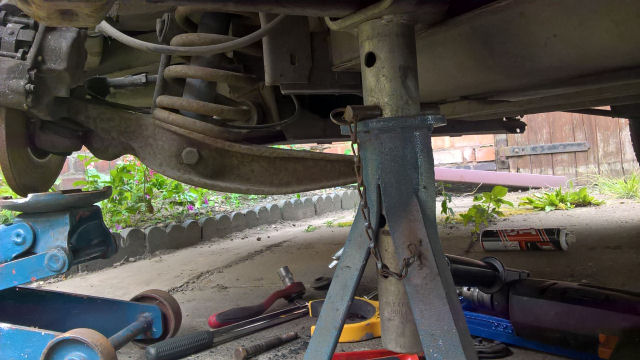 I would NOT recommend messing with some kind of bush remover. No room to work and would take longer in my view. Much faster to cut end rubber away with a small saw (I used a tenon saw), then have fun drilling the hell out of the bush with a 10mm steel bit until it screams surrender. Wiggle the sleeve out with mole grips and bush just falls/pushes out - if you drilled enough holes right through. 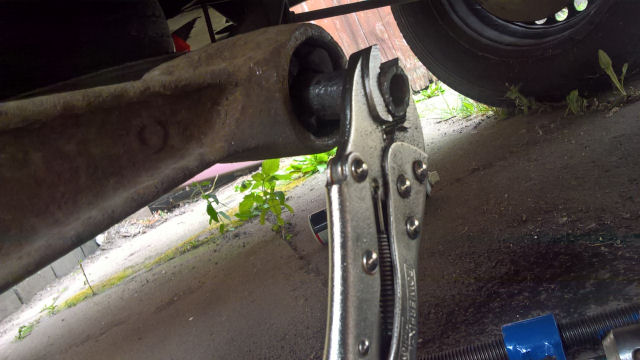 Also, do NOT even consider fitting stock bushes on this job. Despite the cost of powerflex, and their failings for swing arms (should be chamfered on outer face NOT flat), the job takes 5 mins then as opposed to almost certainly hours trying to press in stock ones. 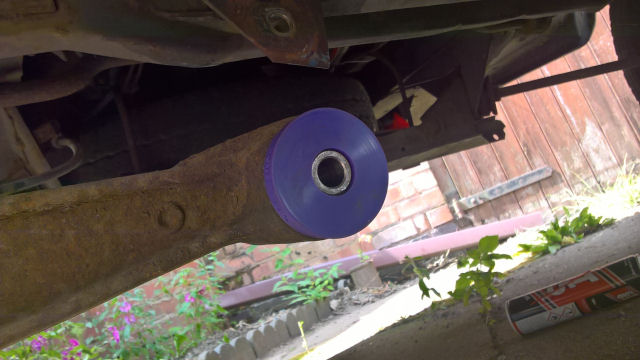 The HARD part is getting arm back and aligned with bracket. You need a jack and patience as you're somewhat fighting the rest of the suspension. I had to kick brake disc to move arm in further but if you can get bush and bolt hole fairly close, you can tap the bolt in until you reach other side when you'll have to mess with the jack and a lever as well as turning bolt so it screws through and you can get nut on. Worked for me anyway.