Quagmire: Heaters went cold and started overheating, so i topped up and bled system again properly. It has ran fine for 2 days covering over 100 miles and then (you guessed it) heaters cold and overheated again! It hasn't leaked any water if this helps, and another thing I've noticed is that when van is at tickover it hardly throws any water back to the header tank (just a trickle), but when I increase the revs its not too bad. Please help, Ben New VW thermostat fitteda while ago...

Fritz: Have you checked all the small bore hoses that branch off the engine bay bleed pipe and then check the pipe its self.. (by blowing through them). I'd be wanting to know these were clear before I got involved with any sort of strip down....

Bigherb: Have you checked the rad cap on the expansion bottle is holding pressure. Not a good idea to run without the thermostat if that's been suggested, it acts as a restrictor so the coolant travels all around the engine otherwise you get localised overheating.

T'onion: Do a compression test!

Laurie: It is possible to use a gadget from fleabay to check if compression gas is getting into the water. You may find a garage to do that locally. A compression test may not throw up the problem. Run a search on head tools in fleabay.

HarryMann: That sound like a CO test, which you might also ask a garage to do for you... if it does show CO in water then that's head gasket (intrenal cylinder sealing ring)

Mocki: Yep, i had a head with a minute hole in it between the water channel and the combustion chamber, so small you could hardly see it, it looked like a spec of muck, but it was enough to push combustion gases into the watersystem, and cause airlocks and thus overheating...... i have some pics on the other pc, ill upload them if i get time...........

Ken Simmonds: Similar symptons, water loss and hot/cold./hot/cold. I eventually plumbed the header tank into my compressor and discovered a slight leak from the pressure cap at about 14lbs/sqin. As I have said in a previous post a new blue plastic pressure cap from GSF solved the problem although I did subsequently have to fit the new heads as the threads got buggered when I fitted a new eshaust system. I definately recomend a pressure test but note that even a very small leak will dump enough water to cause your problem over a hundred miles or so. The advantage of doing it cold is that the leaking water will not evapourate and destroy the evidence. There is a bit of a spagheti junction of small bore pipes running around the engine bay so I guess that would be a good place to start.

Quagmire: New cap fitted a hwil ago too!

Mocki: Here are the pictuers showing the microscopic hole causing my problem a while ago. 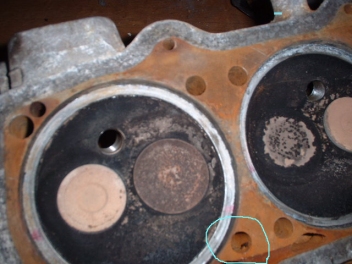 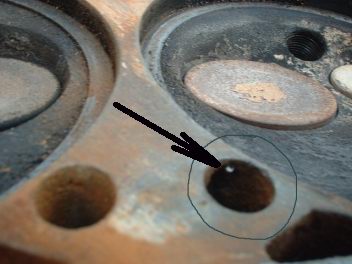 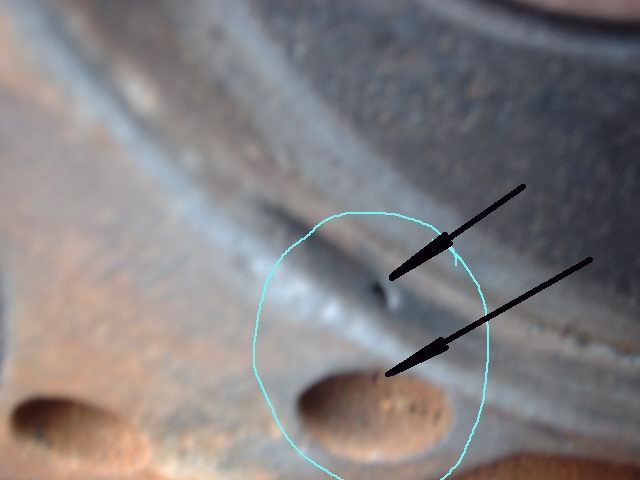 Quagmire: I went over the whole system and replaced the old jubilee clips with new ones,could't find any leaks but I noticed that the rad pipes were not getting hot like the others in the engine bay(even with the front of the van being a danger to low-flying planes!) so I sqeezed and massaged them with the rad bleed screw out and then in and then out again. All of a sudden there was a gurgling noise and the expansion tank was running empty, so i topped it up again, fitted cap, and repeated again, eventually all the air came out of the top right corner of the radiator (I had noticed a cold area).

I left the van at fast tickover for over 40 minutes and noticed that when it got a little too hot the fan came on as it should and all appeared ok. I have driven it for the last few days with absolutely no problemo's. So thankyou to the author of the thread who said "when it's done, do it again, then do it again!"

HarryMann: Good result, best to persevere, and start with the basics... Lots of good ideas there for others who have hot/cold syndrome, or slight long-term water loss