... are used in sheetmetal fabrication, for clamping sheets together, through holes, usually subsequently opened out accurately for rivetting. They can be installed and removed very fast... wing nut and hex-nut versions clamp slightly better but are much slower to use. Traditionally, they were used in the aircraft industry to clamp and keep-aligned sheetwork being drilled-off and subsequently rivetted.

However, they can be useful when fabbing/repairing steel sheetwork by welding as well as rivetting, to keep sheets aligned, the job in-place, and the clamping holes subsequently spot-MIG'd up

They come in a range of sizes, colour coded, usually imperial, the 1/8" copper coloured being typically most popular... and can be easily obtained from aircraft parts and tools suppliers pretty cheaply (a lot of a/c tools and parts can be cheaper than many equiv auto tools, as there is less of a 'racket' and more professionalism in that industry... the pliers are about £3-00 and the pins about £1-50 to £2 each. 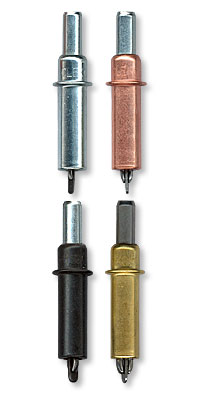 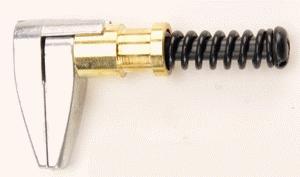