This cheap Black & Decker finger sander / powerfile has proved useful, getting to places that flap-disc/angle grinders sometimes can't (and is a lot quieter). Belts have to be looked after, or don't last long used in anger, but cheap replacements can be found on eBay, and even wider belts cut down succesfully... Bought from Axminster Tools (about £35), has lasted about 2 years but is pretty knackered now, still functional though! 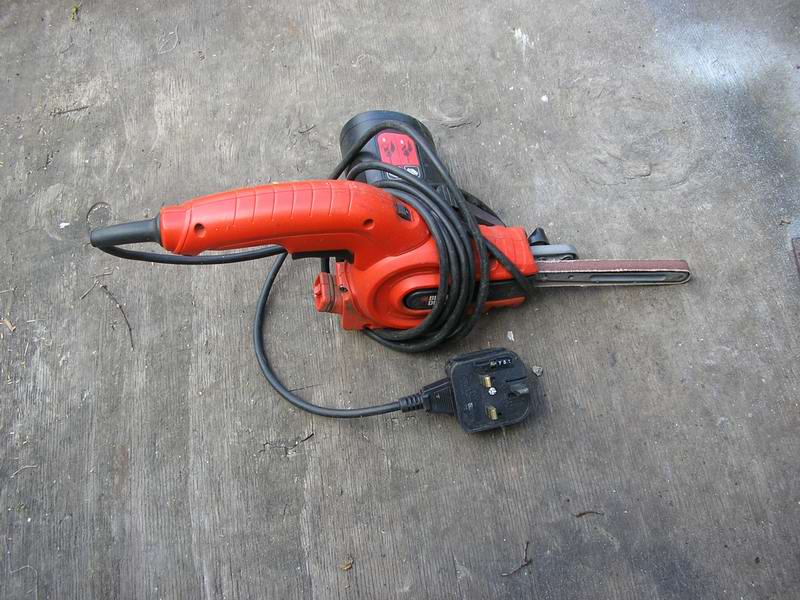 B&D replaced with Ferm powerfile. Cheaper & better, 3 arms incl. Cranked and thin, metal wheel... a good buy. Still find it very useful. Once in can cut a nice square hole in a panel.