Brookie I must have been lucky as I don't remember any difficulty with a plastic cap. As a recap what I did was;

4) Remove the now exposed dirt shield which is attached to side of gearbox. (These are large philip screws so use correct driver or you could 'round' them)

5) Now very carefully drill into the drive-shaft git seal at two opposite places so you can screw in 2 self-tapping screws. ONLY drill into the metal part of seal and do it gently so you don't go through with a jerk and damage seal housing behind.

NB. You may prefer the usual method to remove the oil seal, collapsing it with a drift/fine chisel or screwdriver and hammer, or using an oil-seal removal tool [link]. If careful can get behind it without damaging housing and then lever out.

6) With the 2 screws firmly in place use a slide hammer with appropiate claw to pull the seal out evenly, alternating between the screws.

7) With everything cleaned again fit seal using a socket of almost the same diameter as seal and tap it in with a poly hammer until it bottoms out. Cool Refit the dirt shield and as a good idea put a bead of sealant between it and the gearbox and anti-seize on the screw threads.

9) Flange on, double check security of circlip and refit drive-shaft. I put anti-seize grease on drive-shaft bolt threads so I know I'll be able to remove again if neccessary but I'll leave that to your discretion!

11) Short test drive and check for leaks at seal AND filler/drain plugs.

Firstly, it is possible to do this job with the gearbox in situ but you're better off removing gearbox so you can work around it easily without getting neckache, and get to the input shaft seal too. If you do one leak, you might as well do them all. A great time to do this job is when you replace the clutch.

After draining gearbox of oil and removing it from vehicle, I pressure washed it to remove all the crud, and gave it a paint the previous night. Its not easy to clean around the output shaft area while its still on there so I chose to clean all these parts as it was disassembled. Don't get dirt into area underneath oil seal though as thats where the bearing is!

Heres the output shaft with driveshaft removed. The plastic cap sits in the middle and is just a push fit so can be popped out relatively easily 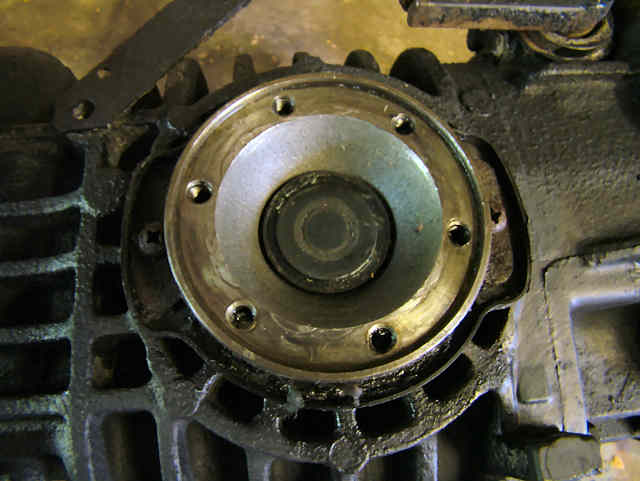 Once the cap is out, you need to remove the circlip beneath (circlip pliers ideally), then persuade the output shaft to come out. The workshop manual suggests to remove it, you need VW tools 391 and 396 but I actually found that two claw hammers on either side was all it took to lift it off. 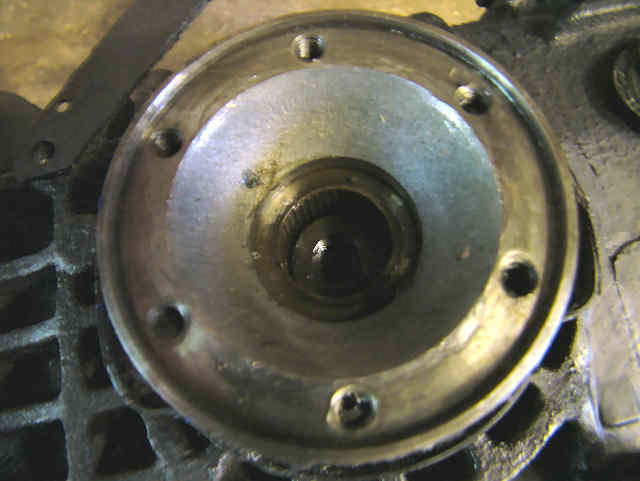 Next thing to remove is the plastic plate. You can see what I used to remove the VERY tight screw, pressing firmly on the wrench to ensure head didn't slip! Impact driver another possibility. If you're really unlucky, a previous owner/mechanic may have chewed the screws, in which case you'll probably have to tap them free with a cold chisel, tapping them round until they move enough to get mole grips on them. They appear to be hardened screws and an odd thread - they blunted my chisel put it that way. 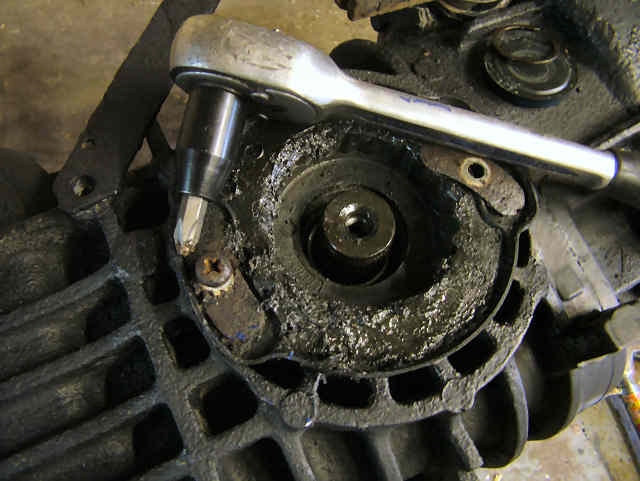 Next thing is the seal. I used the violent method of destroying seal to get it out, mangling it sufficiently to be able to use an oil seal remover although the screw method above could be used. Both risk getting metal filings into area below seal but felt that destroying seal would actually make less mess. That proved to be the case. Do buy an oil seal remover if you don't have one. They're cheap and even allowing for the time it'll take you to go and get one, you'll still do it quicker than by trying to pry it out with a screwdriver! 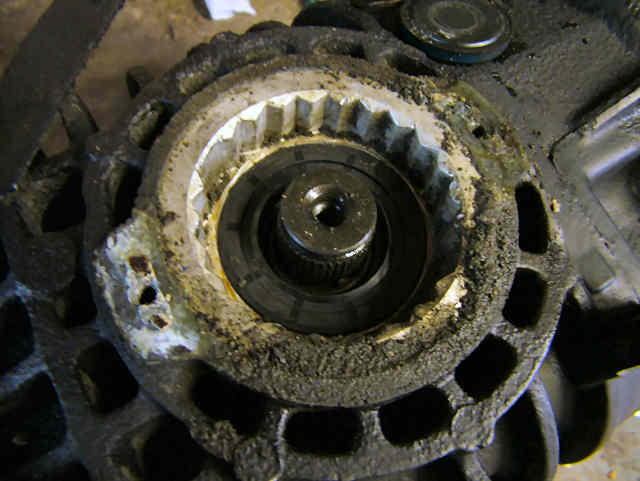 Now refit in reverse order, cleaning the plastic plate, crud from around gearbox housing, back of output shaft etc as you go. Job done:) 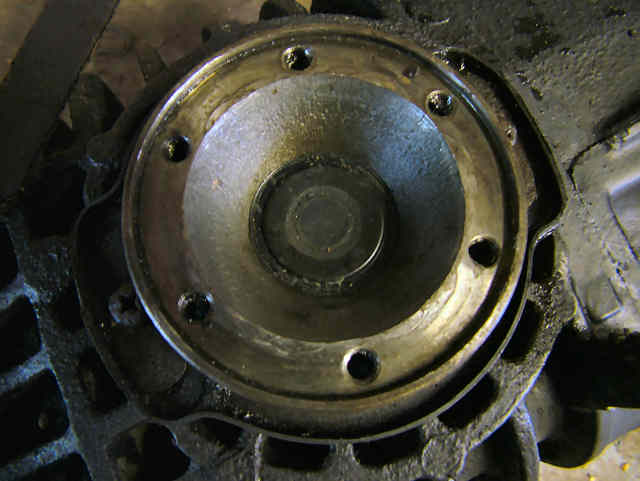