The next job is to refurb the rear rod which really needs doing off the van.

Do yourself a favour and photograph it before you take it apart. Even though I took all these photos, I still managed to rebuild it back to front! 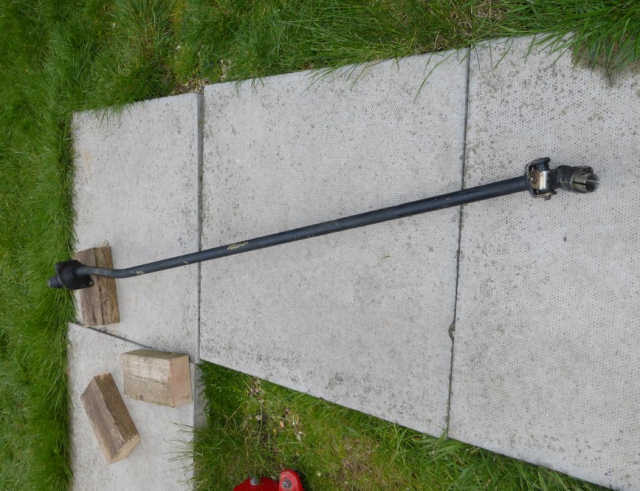 (Below) Using a punch or bolt, drive the pin from the selector lever. The plastic bung will come out with it.

Then, if the lever won’t come off, first try driving it on with a socket to break the corrosion.

you should be able to then twist it off, if not you can use a spanner (see below). 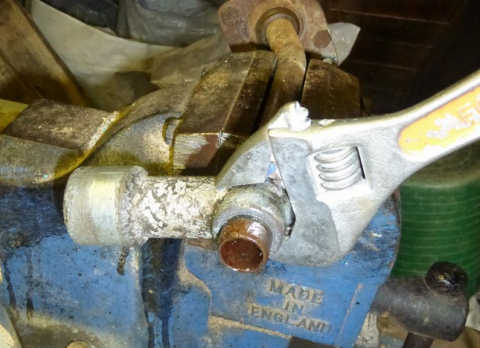 Next, (left below) remove the bush and plate and split it.

Right below) The bush at the rear is different to the one at the centre on my van, I'm told by ZsZ that pre 87 they had the same bush at the rear to the centre and no gaiters, it's possible I think to fit the later bush to an early van with gaiters. Or on an early van add gaiters to the early bush the problem if you do this is the gaiters then need to be fitted outside the housing and not inside like this. 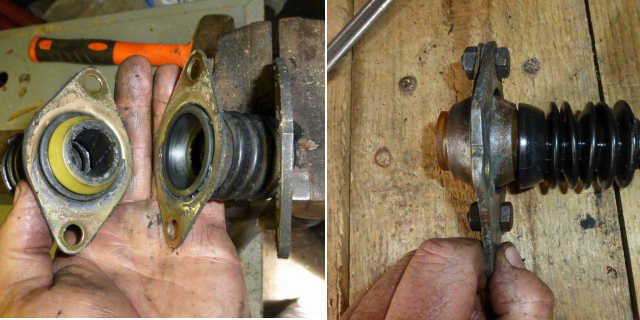 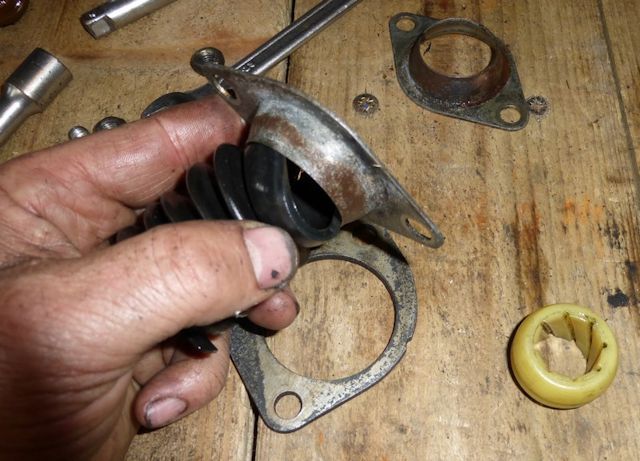 Gaiters inside the housing 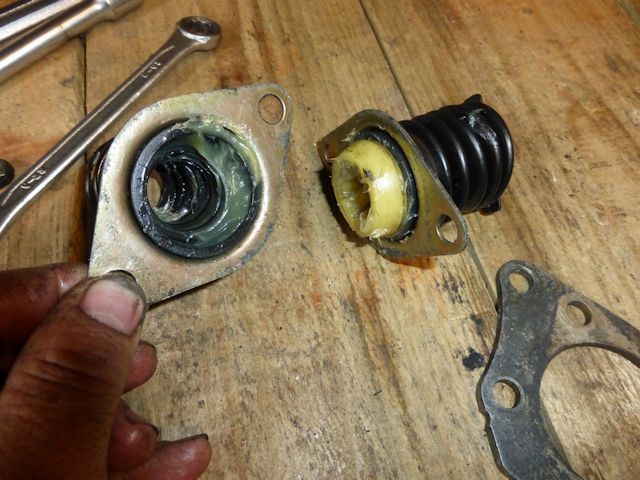 Reassemble on the rod after checking your photos to make sure you have it right, use the bolt to align the holes before whacking the pin it. 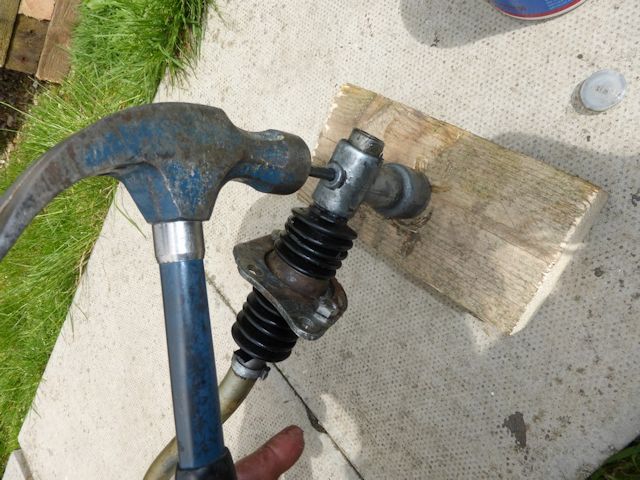 Now to refit the rear rod to the front one it probably wont just push on so I used mole grips ( locking pliers) with a block of wood and a cable tie around the mole grips to stop them pinging off while I beat it back on to the marks I made. 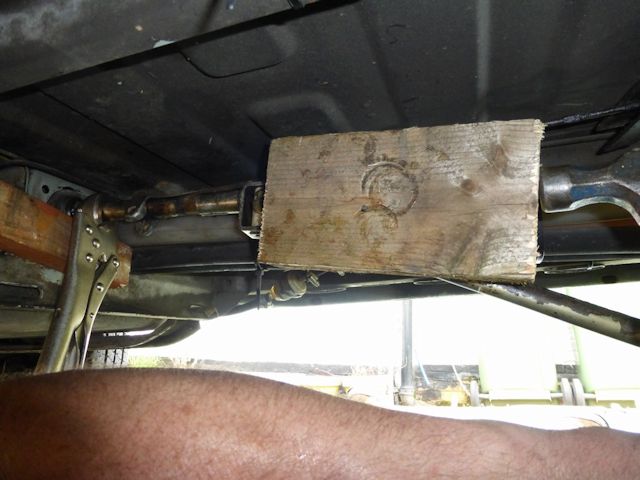 Re assemble but don’t tighten the pinch bolt yet, although the shaft is splined the two rods will rotate relative to each other when setting the adjustment. I broke one of the tabs off the centre bush cover when I removed it so turned it upside down and refitted with a cable tie. 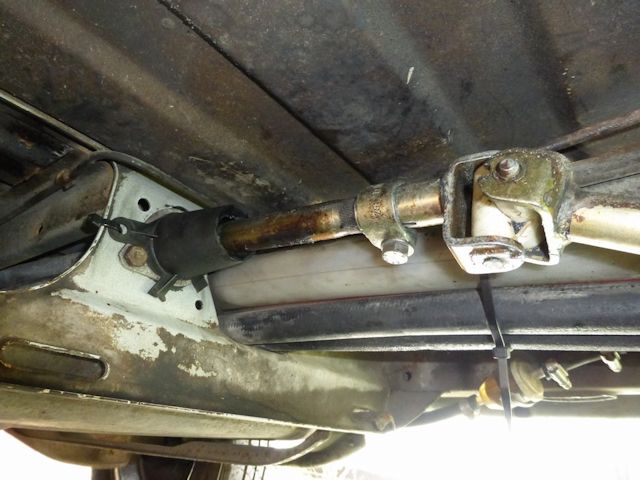 Now refit the rear bush plate and pull the gaiter down over the ball and socket. Make sure you have the plate the correct side of the gearbox casting. It should bolted on the front face or you will have major problems selecting gears (common error). 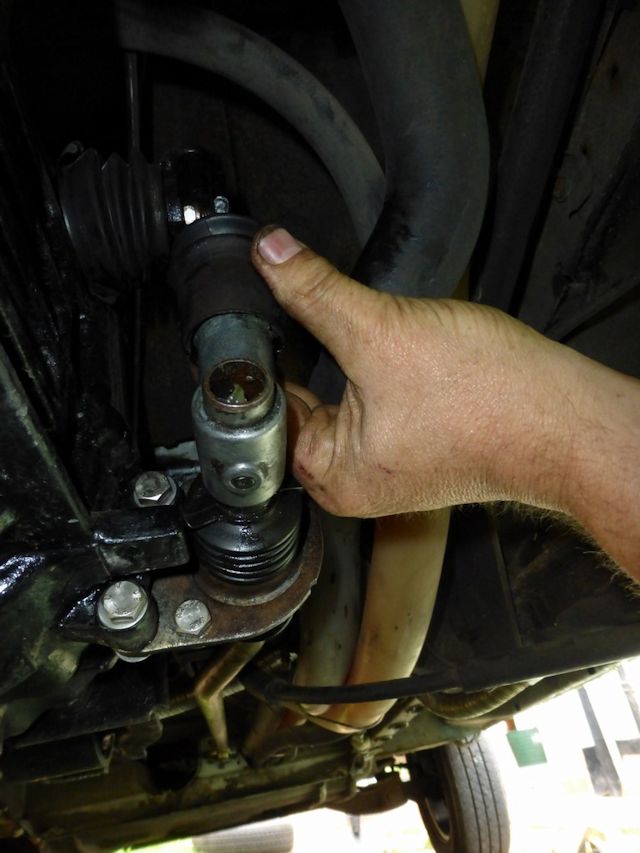 So now we just have adjustment left to do. Refer to: