half way down take a look above the tank and try and help out the connecting grommets that are on the the front/top of the tanks, remove the rubber from the tank and leave it conected to the white plastic hose connectors if possible. There are three pipes to remove. In retrospect if you are going to replace the hoses anyway it would be quicker just to cat them all!

try remove any other connectors you can see, the ones from the expansion tanks should have pulled through the the chassis leaving the tanks in place in the wheel arch.

remove the tank from under the van

Do what ever you wanted to do with the tank out. (i.e. change the hand brake cable, patch the hole treat thre rust....)

Your tank will be rusty, if you want to treat it be aware that it is still full of petrol fumes so power tools may not be a good idea. | this product may be of use, POR petrol tank sealant Sand down the outside rot by hand and treat with | Eastwoods rust encapsulator or similar, re-fitting is quite awkward I attached the breather tubes to the rubber grommets on top of the main tank but not to the expansion tanks. You need to do this after the rear end on the tank is up and engaged and the the tank straps are in you may wish that you had jacked the van up at this point to give you some room. Also you will need to get that filler pipe back in I put in the tank end first and then forced the top end back into the petrol cap rubber , not ideal but I couldn't see how else to do it. The tubes have an internal diameter of 6mm. the ones that go to the top of the tank from the breather tanks could do with being a shade longer than they were.

tank schematic all dashes are pipes as seen from the front

The bit you dont want to see! Tank removed from above. 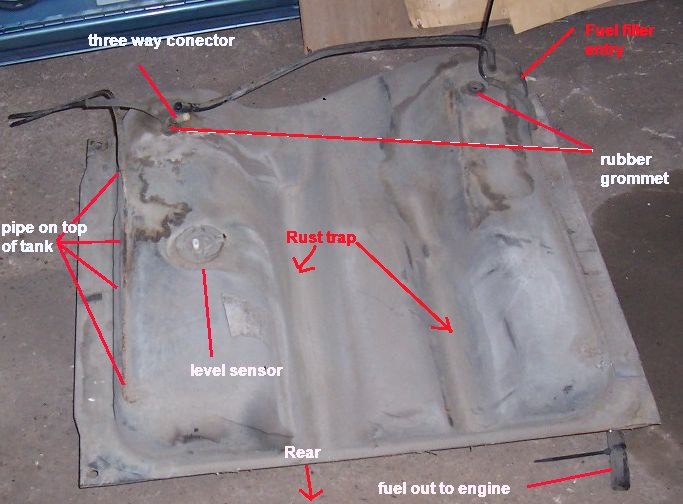 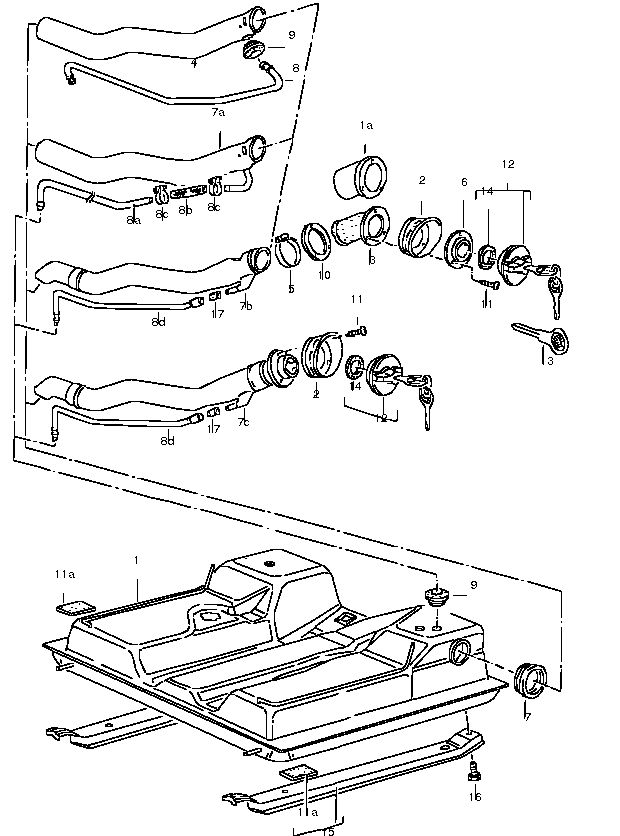 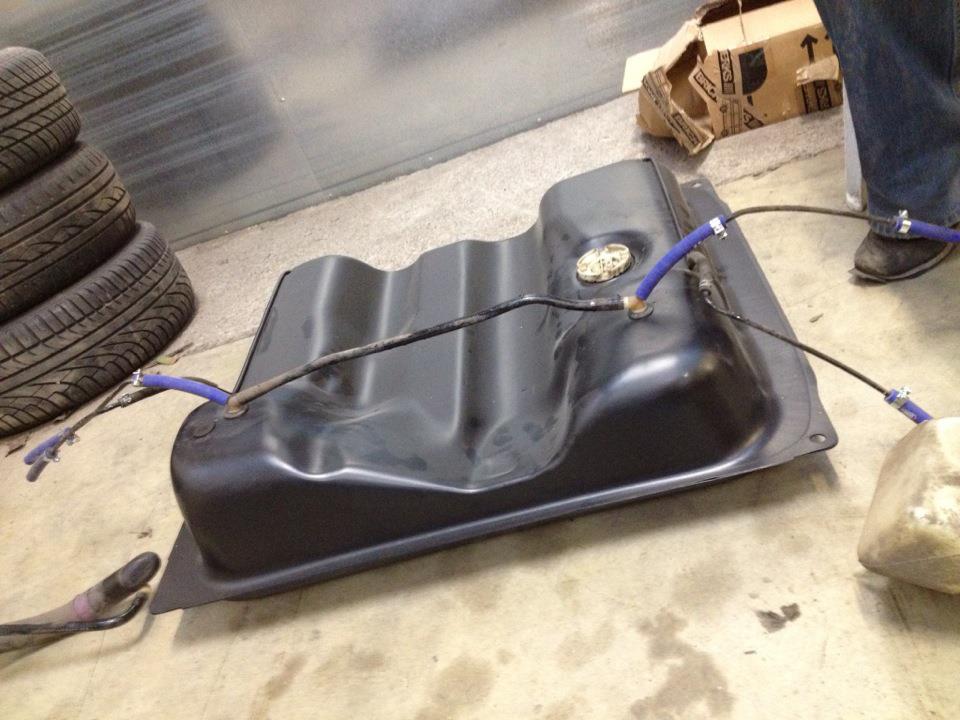