I have adapted the above camp bed to fit in the van. Basically I have removed the two legs from either end and shortened both poles at one end to fit in the vans width. Chop the side which will be on the passenger side as otherwise the center leg will collide with the handbrake. When you shorten the long poles measure it in situ as one pole will be slightly longer than the other as the door is tapered towards the front of the van. Also make sure you allow for the plastic lugs that fasten the stretchers in place on either end as these will need to be replaced once the legs are shortened, if it is too tight a fit you will have it pressing against the glass.

I left the middle leg in place and used one of the legs that I cut off in the end to act as a stretcher this rests on the spare gas bottle to force the centre to be stretched tight when weight is on the bed. The only down side I would say is that it has caused some light scratching on the shoulder of the door but I suppose i could have wrapped the ends in gaffer tape or similar to prevent this. Apart from that this is a very sturdy bed that has had 4 children playing in it at the same time without a problem I'm sure it would take the weight of anyone whos was short enough to to fit the van widthwise (probably about 5' 3") its light (aluminium) and will fold up neatly (in half) into the bag it was supplied with to stow.

So, you've gone and bought the bunk from Bluebird and it doesn't quite stretch so that the brackets are on the A and B pillars? My advice is to send it back and ask them to provide a larger canvas, you could even given them some appropriate measurements - they say it fits a T25 but does not. Alternatively, you could fit one set of brackets to the B pillars, and the others to front of the door frames.. Regardless you will have probably have to remove your headrest to use the bunk. 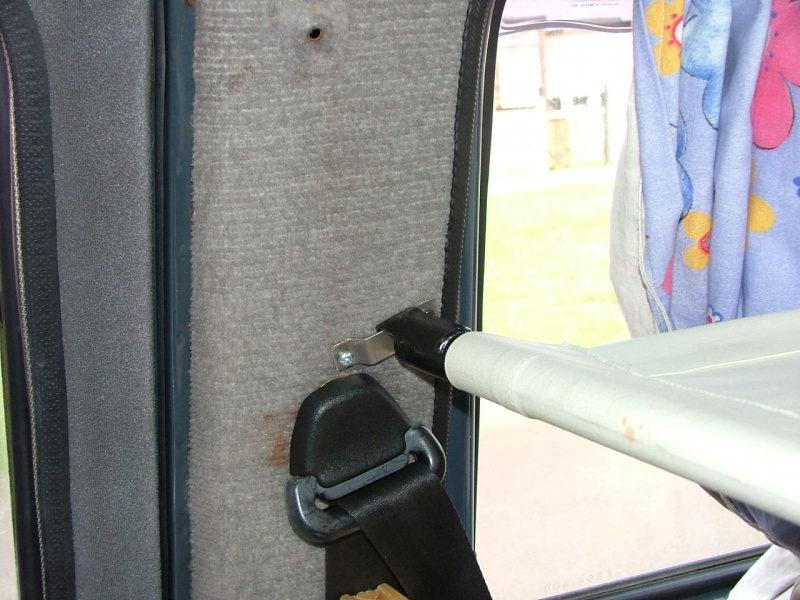 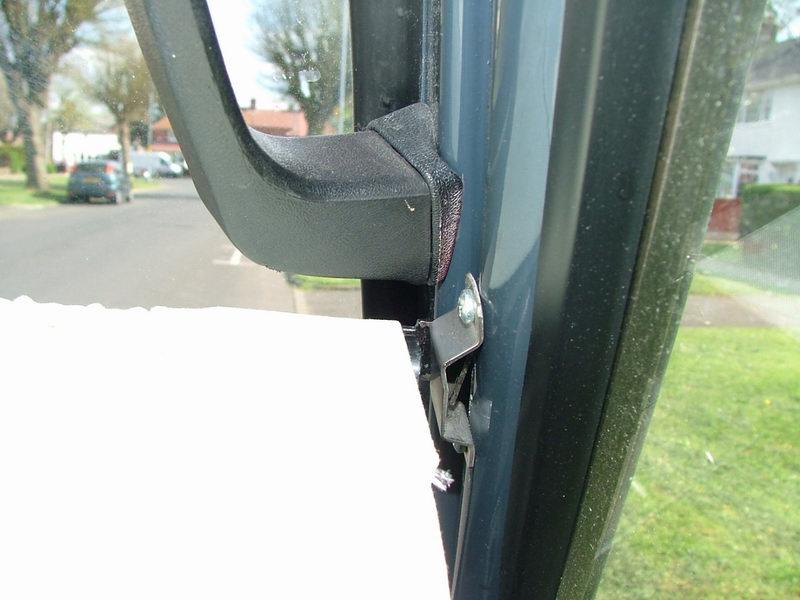 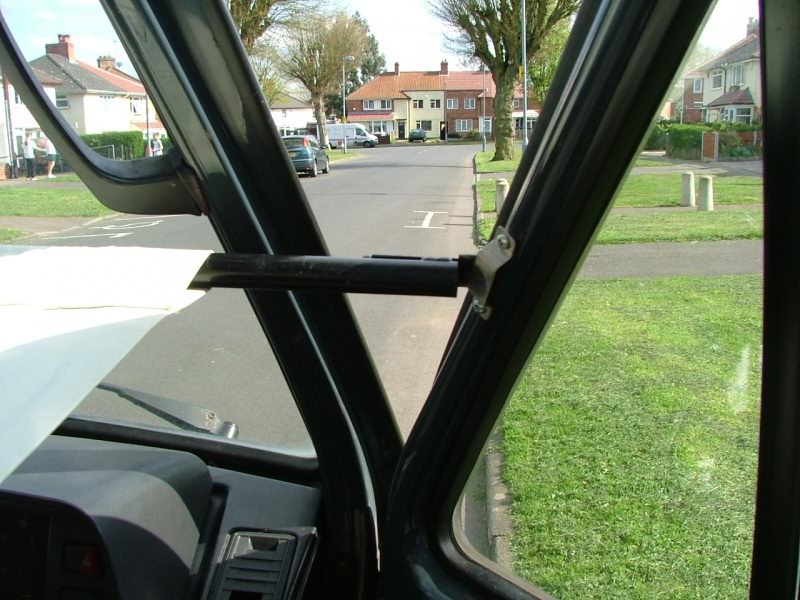 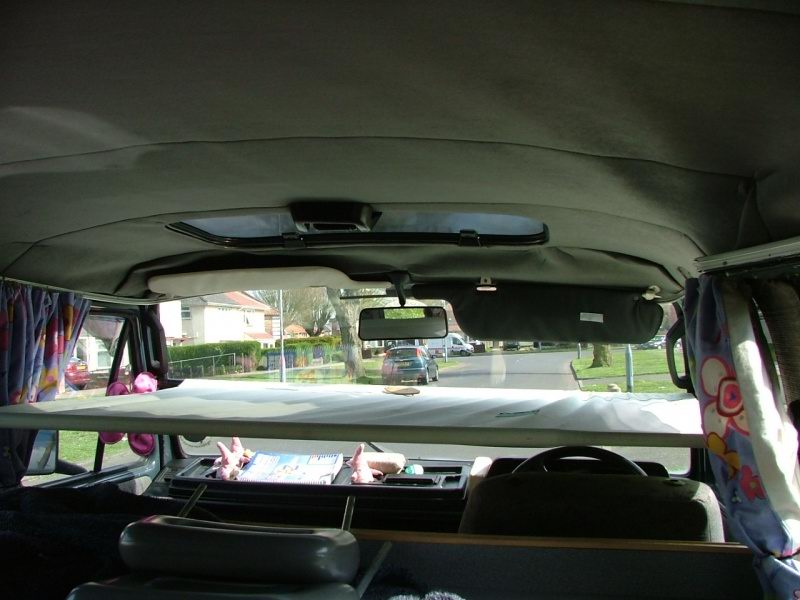 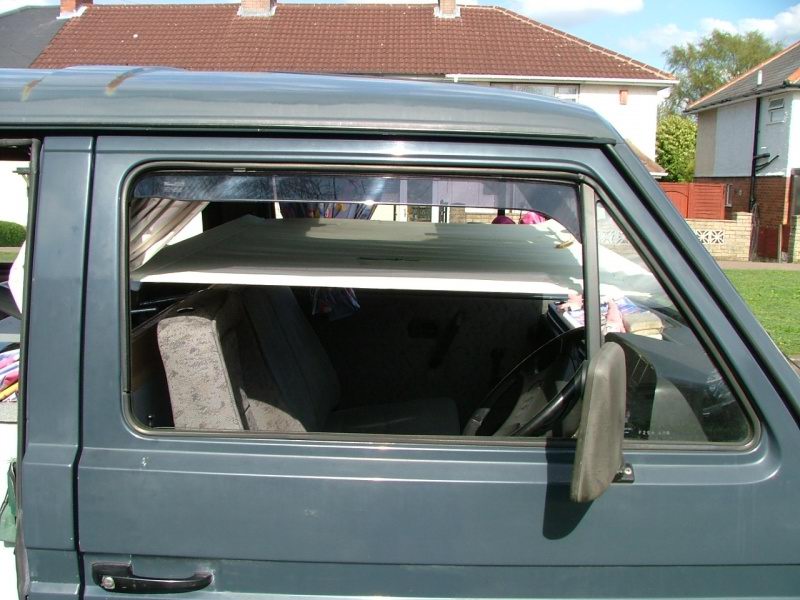 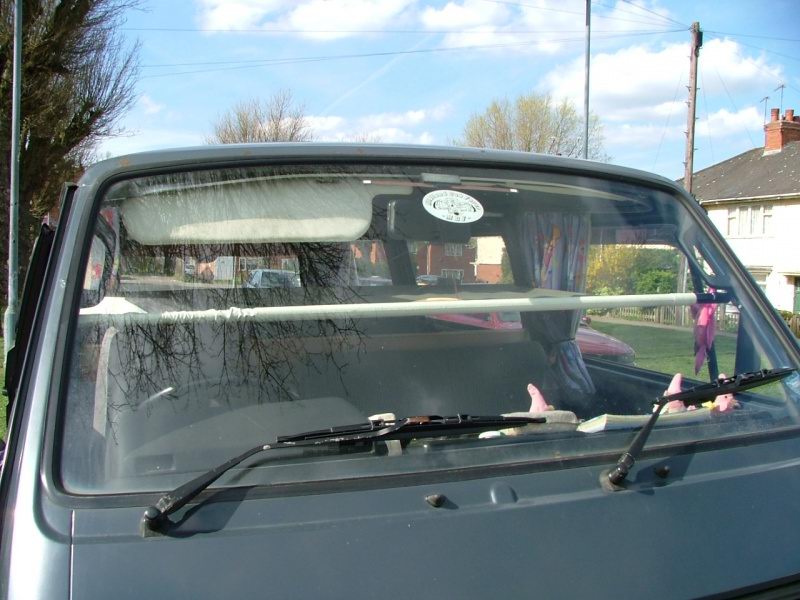