I have just replaced the tumblers in the boot lock on my 1982 devon; I thought I would post some pictures to help others. I was changing the tumblers to suit my new sliding door lock. The lock assembly was removed by removing all three of the screws that hold the lock assembly into the boot lid, initially I only took the centre one out but I could not get the lock out 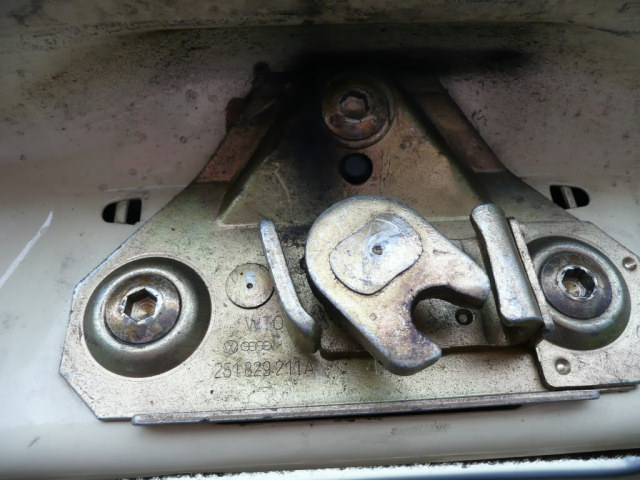 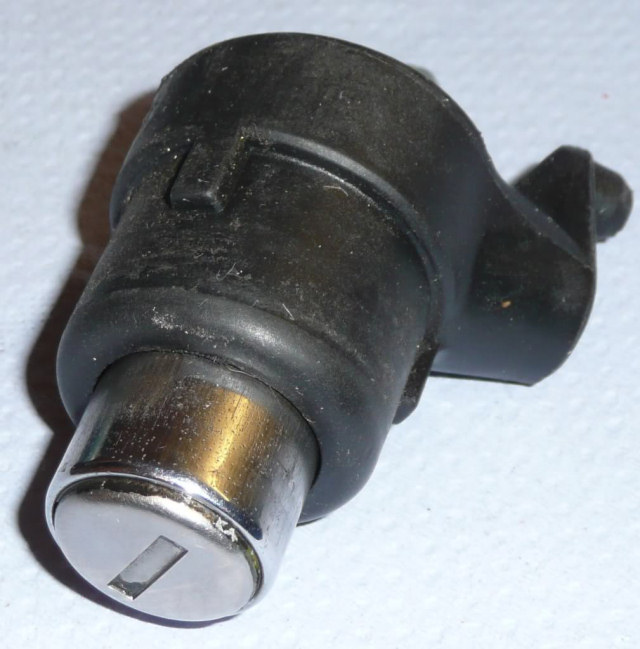 The barrel assembly is then removed from the lock by priseing out the circlip with a small screwdriver. 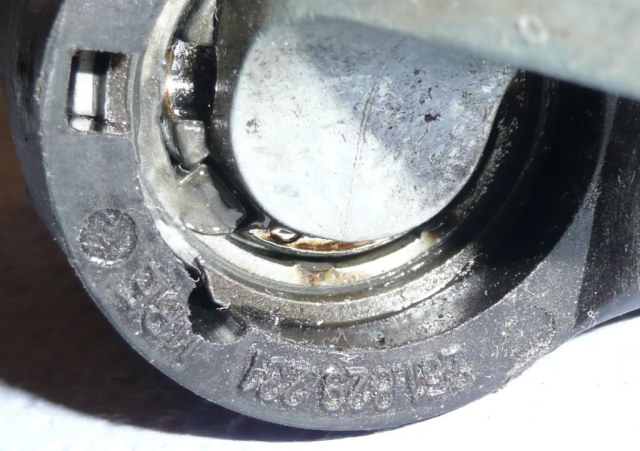 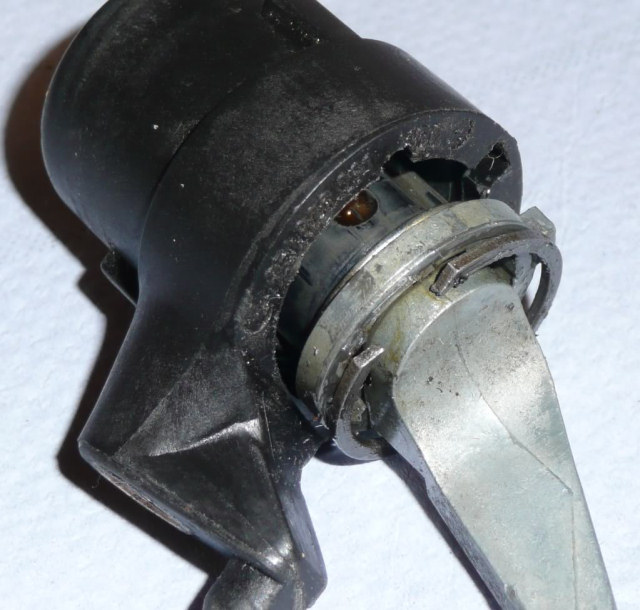 The barrel is then pulled out of the plastic housing. 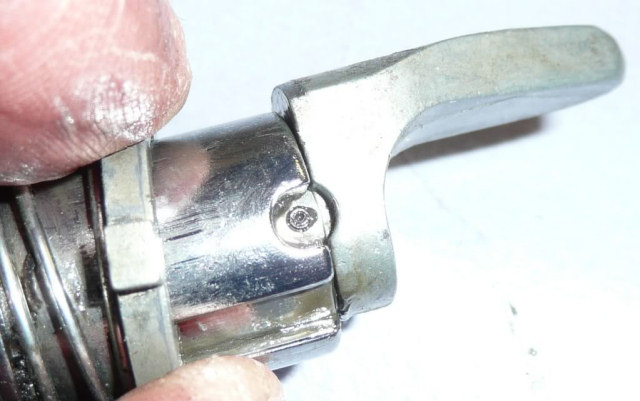 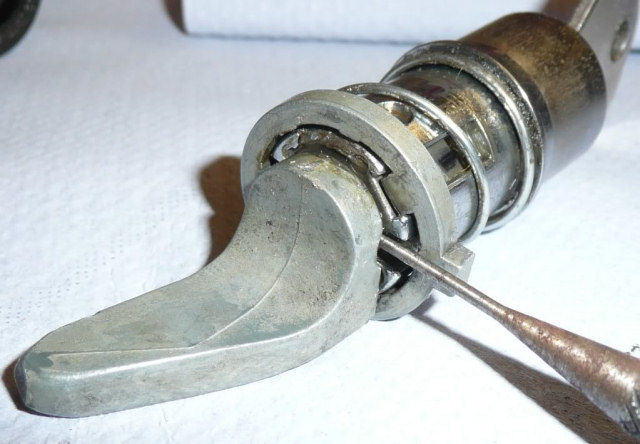 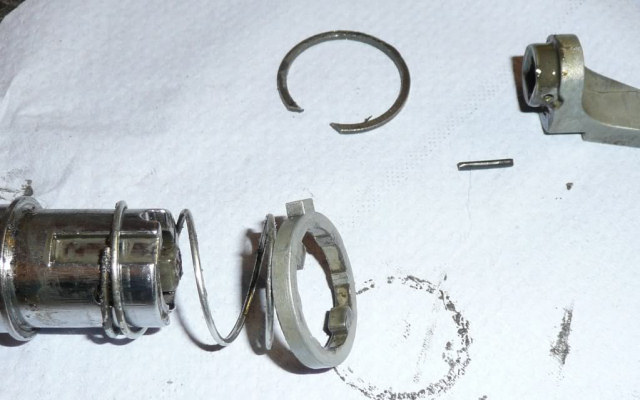 Make a note of the order of the parts. At this point make sure the key is in the lock and then with draw the barrel 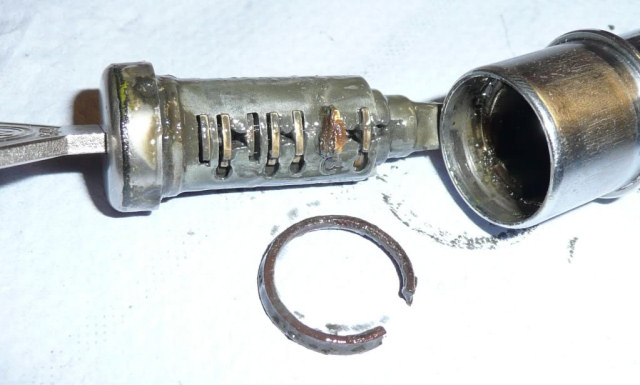 The seal is broken so I will replace it with an O ring when I rebuild the lock. As I was going to replace the tumblers I pulled the key out and all the springs and tumblers fell out. These are very small!!!! 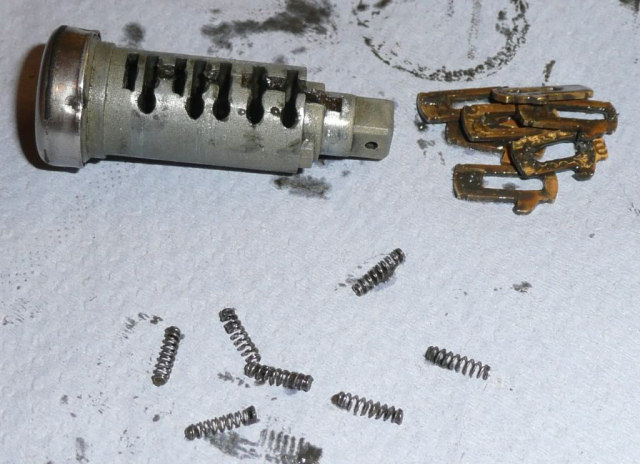 The barrel was cleaned up with carb cleaner and the new tumblers fitted using the old springs. 5 from one side and 2 from the other 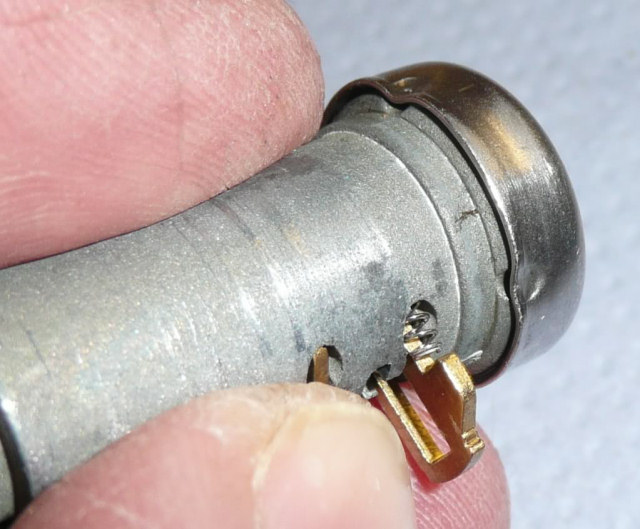 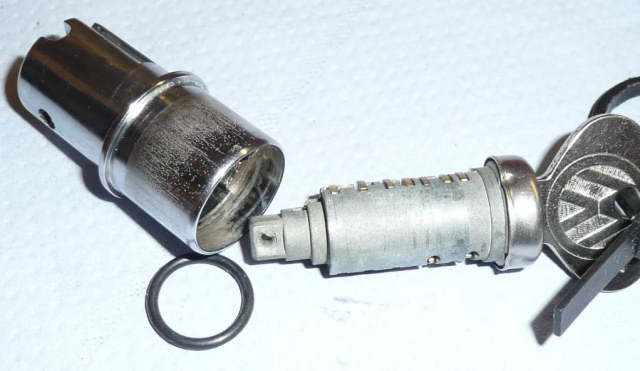 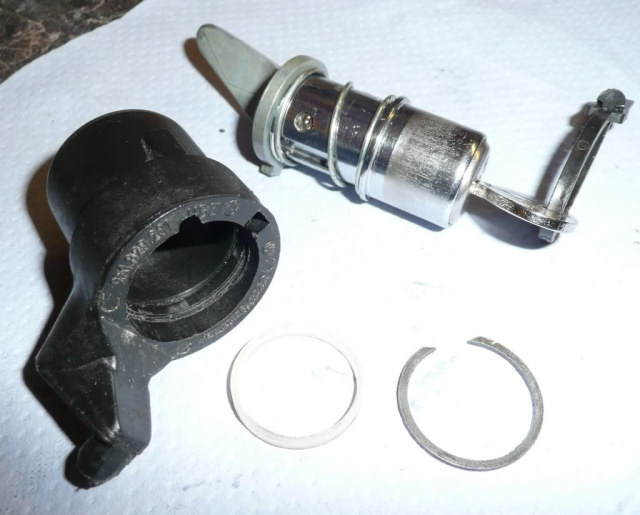 The tab was located in the plastic housing and the circlip refitted. 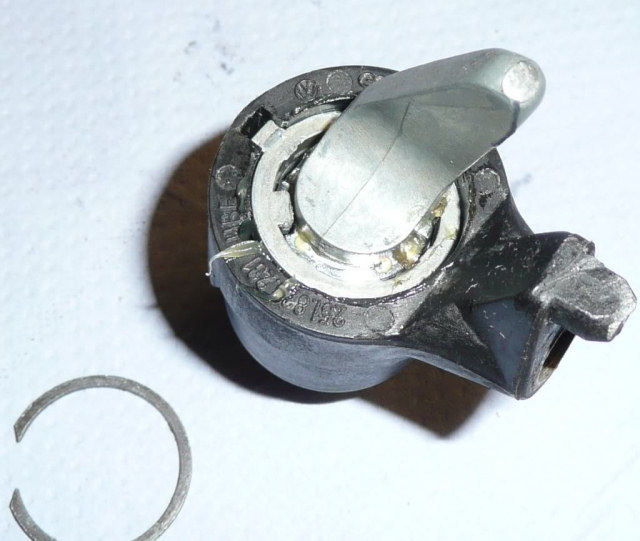