Cruz: Early style handle seals are obsolete. They were more like a spacer that sat on the skin rather than a seal.

I got one from a breaker and fitted a bit rubber o-ring too to make a more waterproof seal. Sadly late seals are too big for the hole on early doors

Late style handle seals are still available from VW and JK. They are like a plasic grommet that seals to the door skin then acts as a spacer between the skin and the handle

Thanks to Pionte for this howto

I have written this to help others who may find the sliding door opening when driving/not wanting to close properly when trying to shut problem. 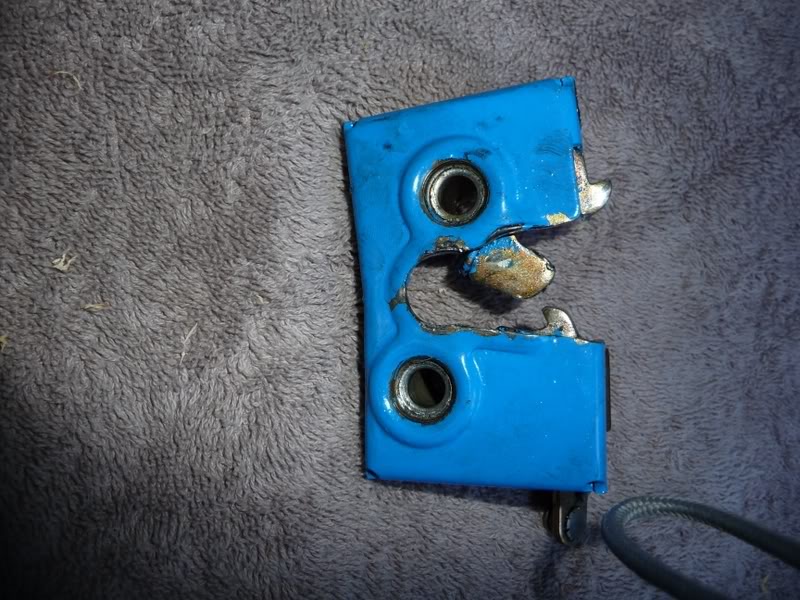 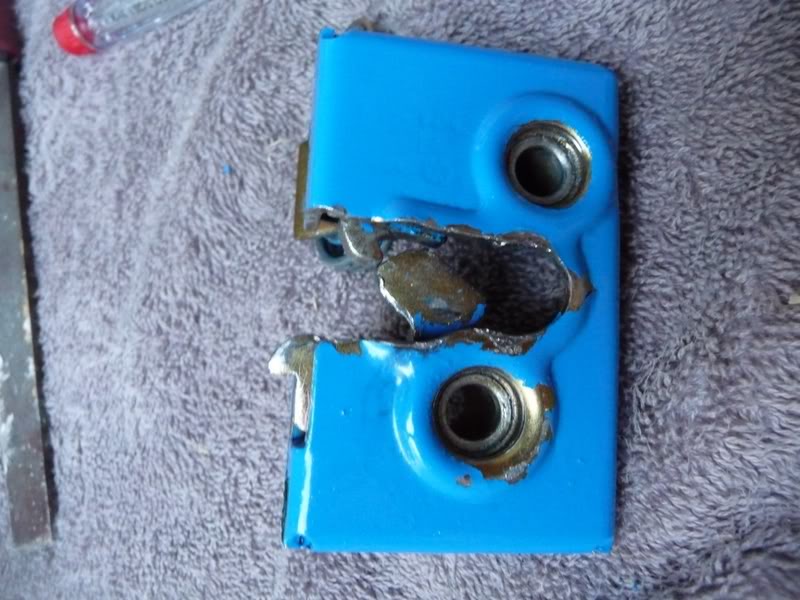 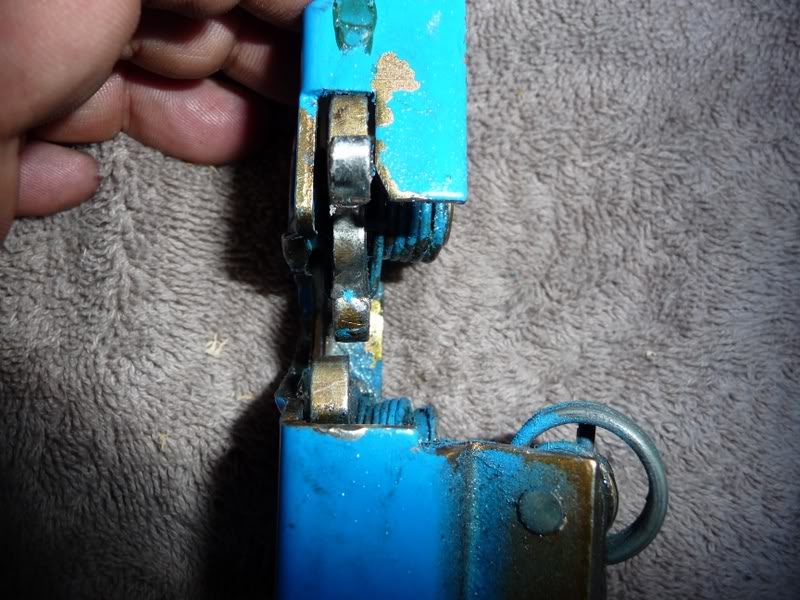 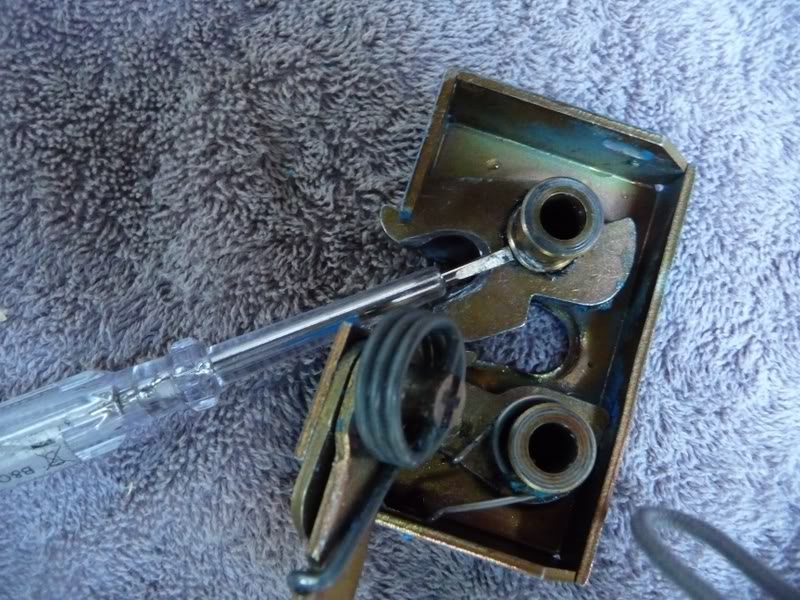 If you can't spot any wear or damage take a careful look at the hooks shown arrowed.

You only need a small amount of wear on those for the door to pop open. They can be reshaped with a file and will work fine again. 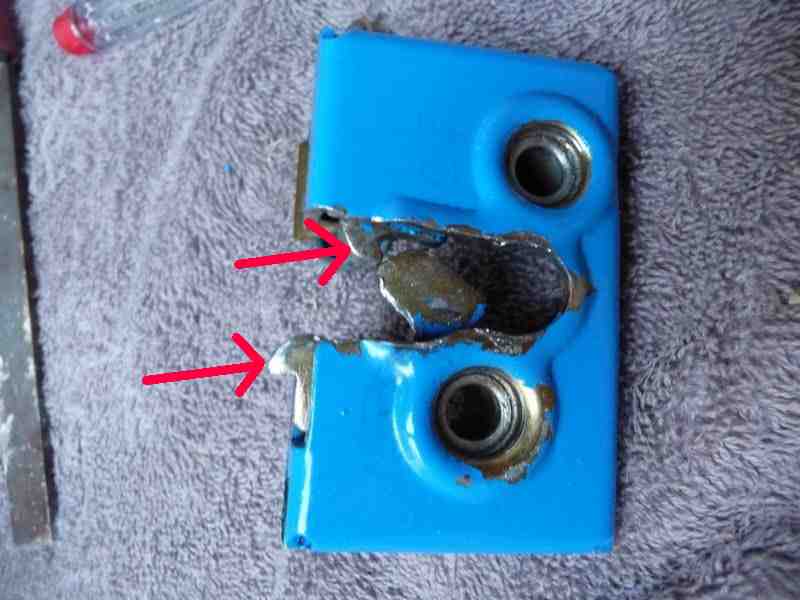 Other Issues with rear catch

A very common issue in colder months is not being able to close sliding door - ie it won't engage and hold at the back whereas is Summer it seems fine. Take a look at the hook piece on last photo above. If this does not engage quickly enough onto the pin on door frame opening, it will simply pop out. You can verify if this is a problem if you manually (with door open) try to push this hook out of the away (ie push up in photo). If it seems stiff or returns slowly, it needs lubrication. A shot of spray grease usually sorts it but you need enough in there to soak into it. Once it pops out easily, you should find door shuts easily - cold or not.

Noting the above pictorial, I would highly recommend you grease all moving parts in the catch before reinstalling.