Areas that rust - Behind VW underseal

This is a general description of what can be found behind apparently good looking original VW underseal, once a chink is seen and it is stripped back for inspection... (see below for a tool that makes peeling hardened old underseal quite easy, for inspecting / dealing with small areas. 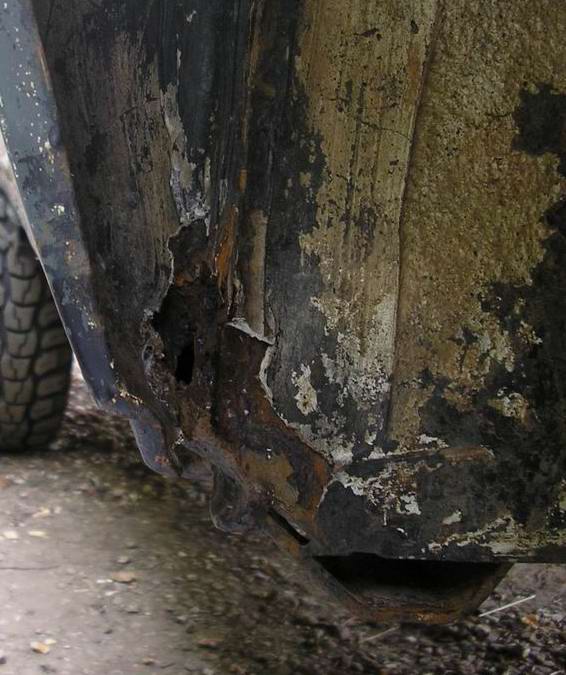 Moving back behind the rusty bulkhead, down along the sill, a good idea is to rattle out rust and muck from behind the area, through any drains or rust holes available... no good trying to treat heavy scale that can be removed easily. Here the first rubbish to come out are lumps of dried clay, smash up and rattle/vacuum out, then ten minutes of knocking around and rodding, a good quantity of scale can was extracted, making the temporary a/r spray treatment much more effective. 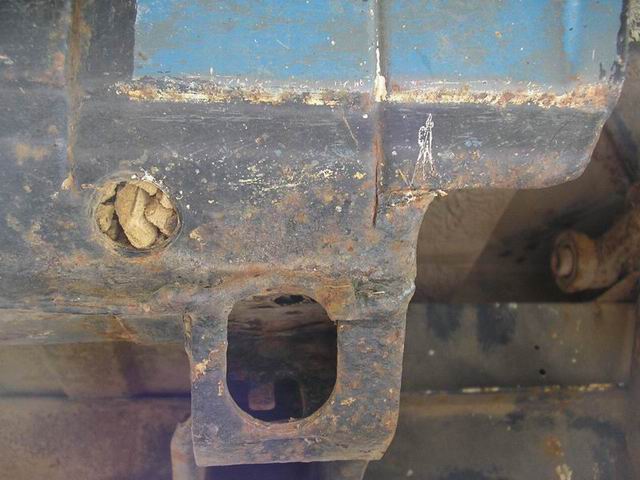 All from spotting an edge of underseal starting to peel away from a flange and investigating further.. looked fine at first sight.

After revealing a rust patch or pocket, dealing with as above, if a hole has been produced into a section, then for a te,prary repair, try a patch of soft ally stuck on with seam sealer.. the above area in the wheel well, in front of the jacking point, was quickly blocked off after the cleaning out, drying out, and Rust-Off spray with such a patch, preventing water and mud ingress for a few months, maybe more.. here, just two small patches, done 5 or 10 minutes before setting off! 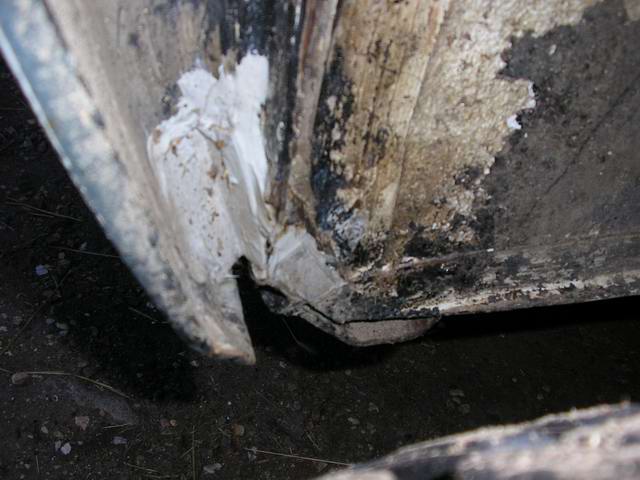 The aim is to get air inside the rust pocket, dry it out, de-scale and then treat (at least temporarily), say with an anti-rust paint or quick soaking inside and out with a a-r spray (Dinitrol RC900 is my current favourite)

If that process produces holes then so be it; work it back to good metal if possible, leave to dry a day or so (hot air gun in winter) and then treat everywhere. Seal up temporarily with a thin plate (ally?) stuck on with RTV or seam sealer... Add it to your list of places to sort permanently :)