I flew out to Hamburg in 2005 to look at a few T3's at a garage.The fact he had 2 bluestars,a whitestar,and even the rare redstar,in various forms of diesel engine was worth the trip. I came away with a one owner whitestar in which he'd fitted a tdi engine. Being a little excited to be in Germany,in a T3,and naive at the time it was only when back in blighty that the honeymoon started to fall apart.....almost literally.... :lol: No,it wasn't THAT bad,but when I had more time to realise it he'd basically thrown the tdi in there,and there were a lot of ticking time bombs waiting to raise their ugly heads somewhere convenient-you know like Isle of Skye or some narrow Cornish lane with a tractor behind you!!!

With a little encouragement from my mate Del,who likes his vans,the decision was made to go for open heart surgery in January this year! Basically the plan was a total rewire of the loom and probable longer top gear,and along the way get all the right parts that a TDi conversion needs,as best possible.

With the engine out it was given belt and tensioner change at [url]www.brickwerks.co.uk[/url].Head gasket was left alone. Injectors were also pop tested.

A shopping list of parts were ordered from H.A Projekt in Germany,these were a signal processor for the Ecu to read the speedo,an oil return pipe for the turbo,a bellhousing seal plate,a tdi input shaft so I could run a golf tdi clutch,and.....a 0.74 5th gear.(The box is an ASR so luckily already had good ratios)

The loom was stripped right back to bare wires-all 68+ of them!,and remapped out on a loom board.All connections were soldered where possible.

A diesel loom was fitted as the original loom had the original connectors hacked about.This meant removal of the fuel tank,where we noticed the sellers top skills had been put to good use!!(The filler neck had been enlarged to accept a diesel pump,using a hole cutter,I found pieces of plastic in the tank!!) :roll: A new neck was sourced.

As this bus was originally a 2.1 petrol,there was no insulation where diesels have them,so Quietlife marine insulation was used under the gearbox hump area,and around the engine bay.

Whilst all this was going on Aidan Talbot [url]www.aidantalbot.com[/url] was given the task of rebuilding the gearbox and fitting my longer 5th and input shaft.This is the one thing that if you want tdi car performance you have to bite the £600+ bullet!-theres no other way round it unless you like moon buggy look?

A chargecooler was used to cool the breath,and it was decided to try and move this,from under the hump where there is a lot of room but the pipe routing means the belly tray cannot be fitted without mods.This was moved to behind the left light unit-not much room at all!!!-but a nice short pipe run!

A sachs uprated clutch kit was bought from GSF and the flywheel(1Z) was given a skim to make sure any clutch judder previously present was eliminated. Before mating box with lump a new oil pump was fitted as the flywheel makes it a git to get to the inner most sump bolts.

110hp injector nozzles were grabbed from american ebay whilst the exchange rate was good,although these are set to be replaced with genuine audi AFN nozzles,as the nozzles bought are chinese built and the quality is suspect so far.

A JX airbox was sourced from [url]www.syncrospares.co.uk[/url] and the crappy cone filter ceremoniously tossed into the bin.

So,there were a few teething problems,the main one being the diesel pump,which has now been replaced. Amazingly no fault codes when hooked up to VAGCOM (not counting the brake light switch one which is for cruise control functions)

Finally fitted the engine belly pan,(many thanks to Dubsta,cheers Ben!) and can't believe the difference that has made!-much less tractory sounding and more suited to its modern badge!

Yet to recalibrate the rev counter,but early reports I'm finding 5th nice and useable,not a big jump up but also loads of power to throw it to 70 at which rev counter reading 2,700 but its more like 3,000.......and this is running on biodiesel too! Expecting(hoping) for better mpg than before the stripdown which worked out at 40mpg on long trips!With the bigger injectors and a still very excitedly heavy right foot we'll have to see! 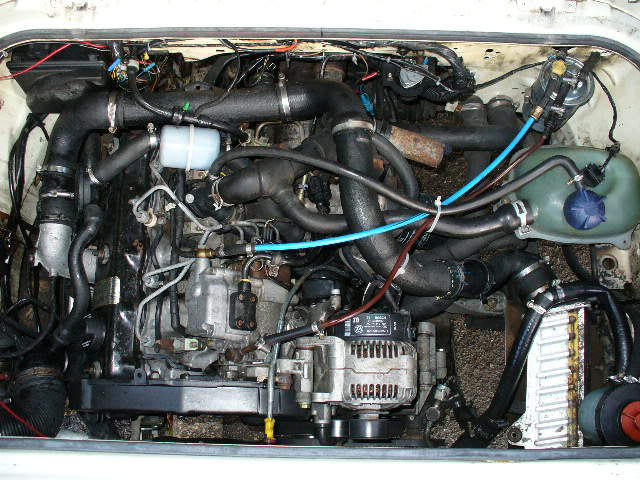 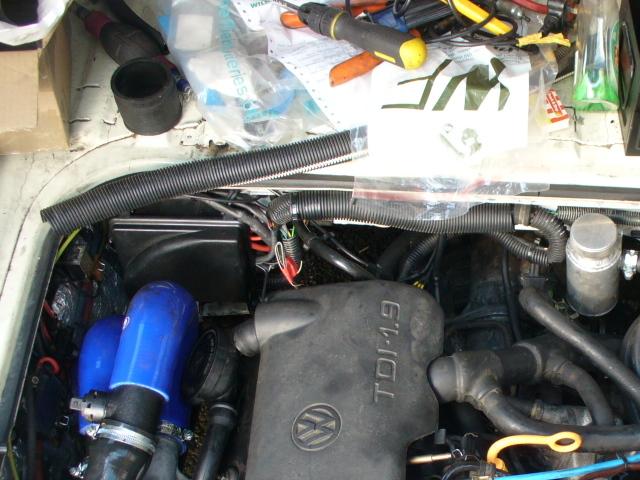 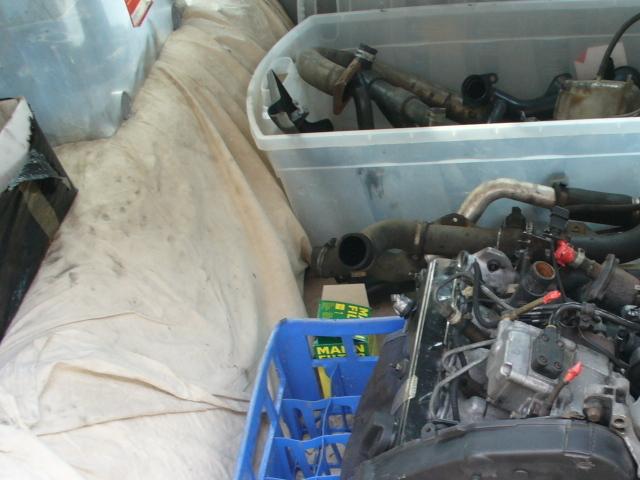 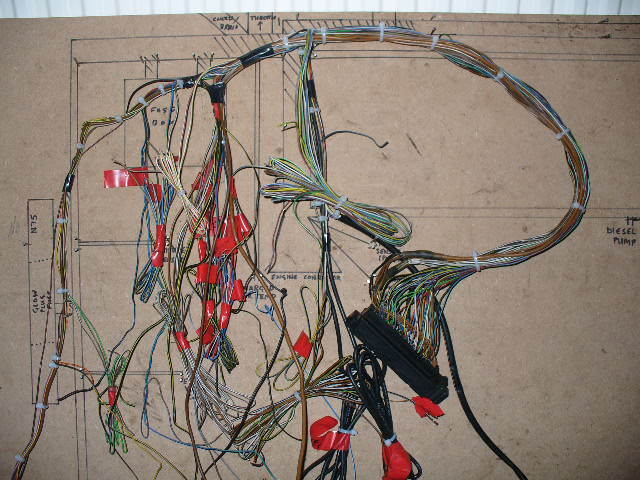 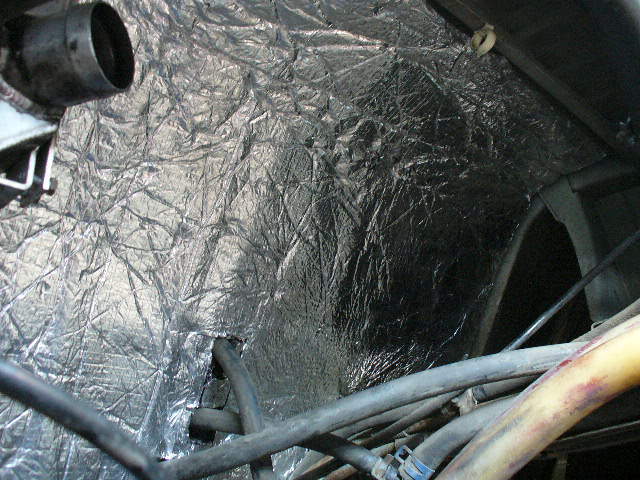 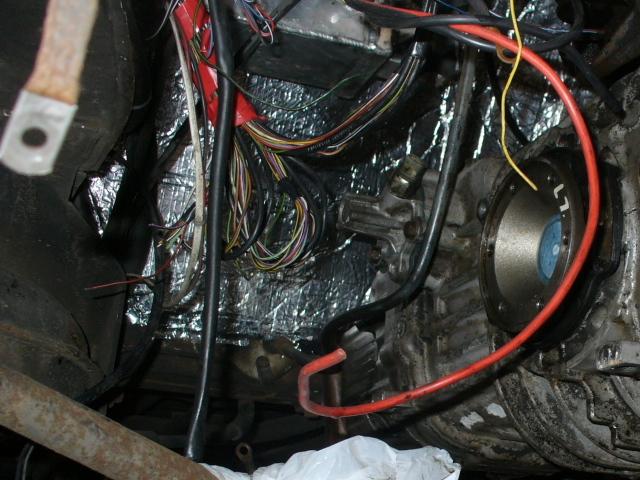 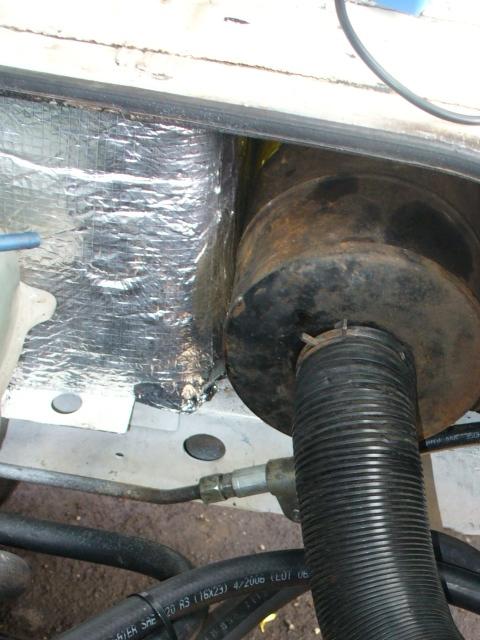 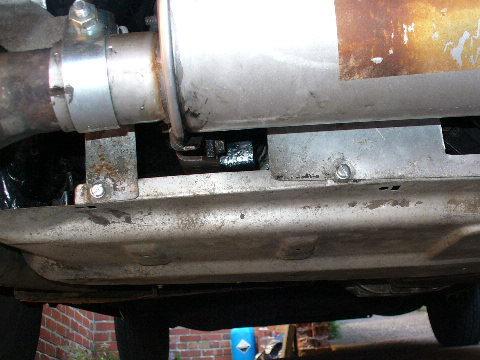 Andy Simpson: The brake light switch not been connected will increase your fuel consumption, it is also a saftey item for if the throttle sensors fail. If you do connect the brake light switch its not good to solder terminals to wires unless you have to, its fine soldering wires in the loom. Sounds like you have done a thorough job unlike most conversions

Reason: Fuel cut off when braking is one of the Tdi's advantage over TDs around town.

Martin Shulte - Swapping in a Tdi