There's 4 M6 x 12mm setscrews holds the t/stat top cover on, if you need to replace it get a Brickwerks stat. they also sell the housing parts.

I stated that you shouldn't be able to blow and suck through the 'Dalek' cap, this allows excess pressure out into the top-up tank and as the airtight system cools and pressure decreases coolant is drawn back until the header tank is full. If the cap has failed they can either fail open i.e. the system doesn't pressurise and the top up tank fills up or fail closed i.e. pressure builds and instead of being released it finds a weak part to blow out of (sometimes a hose or a sender O-ring or blowing a seal).

If a water pump is failing it usually seeps from the gland and drips from the underside, sometimes the bearings can be heard before the gland fails. In the past 6 years I've experienced both scenarios ... I'd wager this isn't what's wrong with your system. 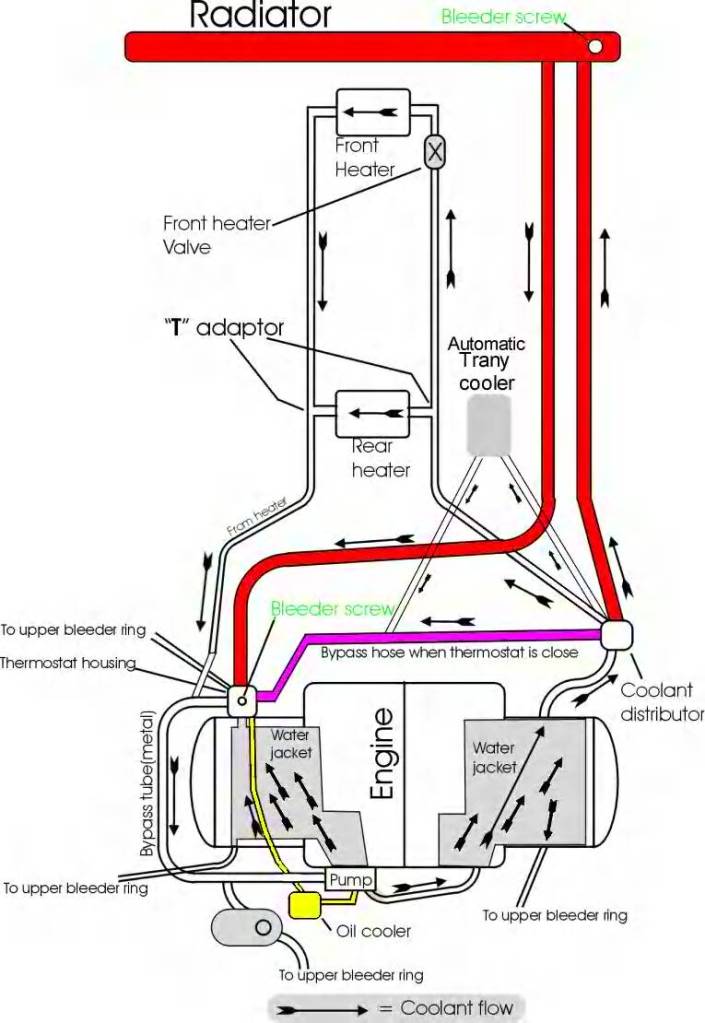