When I tried to add a curve without this tool - 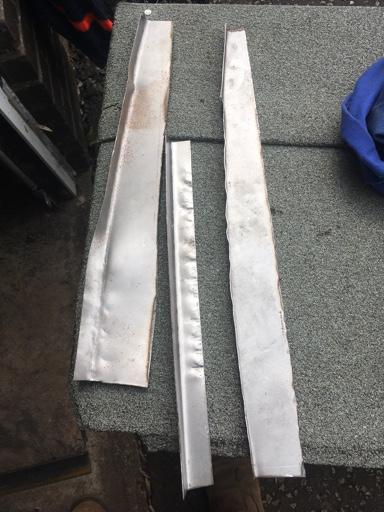 Now with a super duper shrinker/stretcher I can do this … 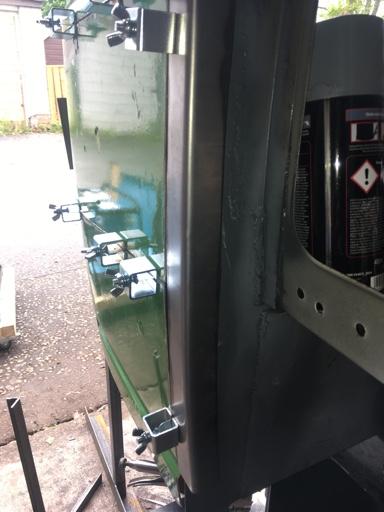 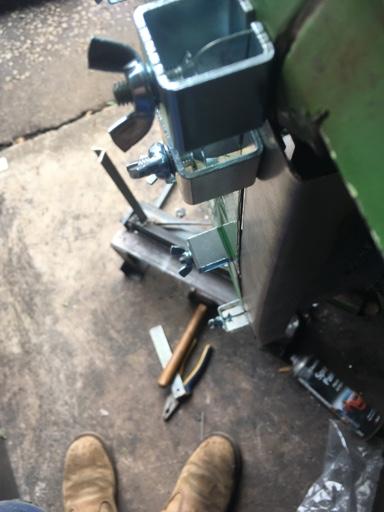 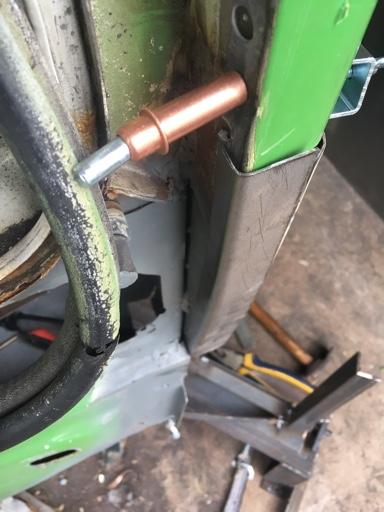 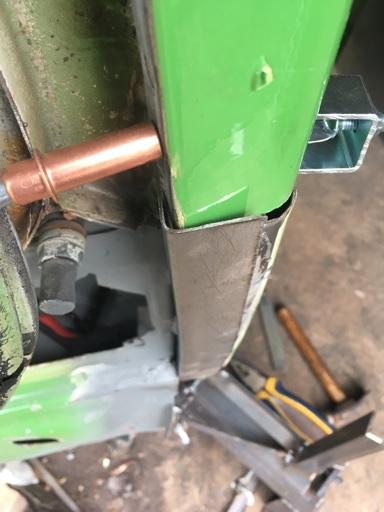 (It curves in two directions at once!!) 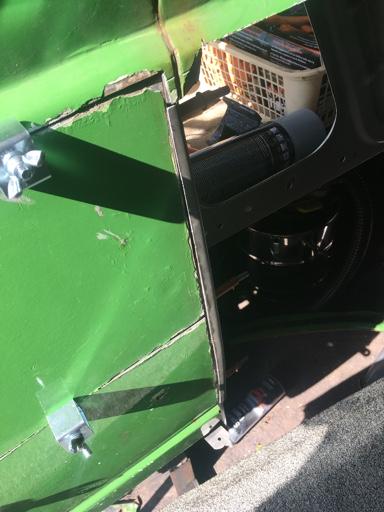 A productive day for me, and I’m very pleased with the shrinker/stretcher - very easy to use, very controllable, seems well made, and very quick delivery. Easy to change the jaws and coped well with 1.2mm steel, as it was supposed to. Sold by, and labelled, Metz Tools. No indication of where it’s made but the box it was packed in was marked Felixstowe Docks, so unlikely to be local.

I would be happy to recommend it.

I can second the recommendation of a shrinker stretcher. I also have the Metz unit,, almost certainly made in china, but for the price and how often it gets used it was well worth the investment,
I have even used it to straighten up "new" panels before now.

It's coming along nicely, keep at it

Great to see you're still at it Roger.

Hey Bob! Surprised you can see me, I’m moving so fast! I’ll have it done in record time, should be ready by the first Monday…
'88 Transporter with hitop camper conversion, 1.6td.
Top

Finished here on Monday, when I ran out of petrol to refill the generator. 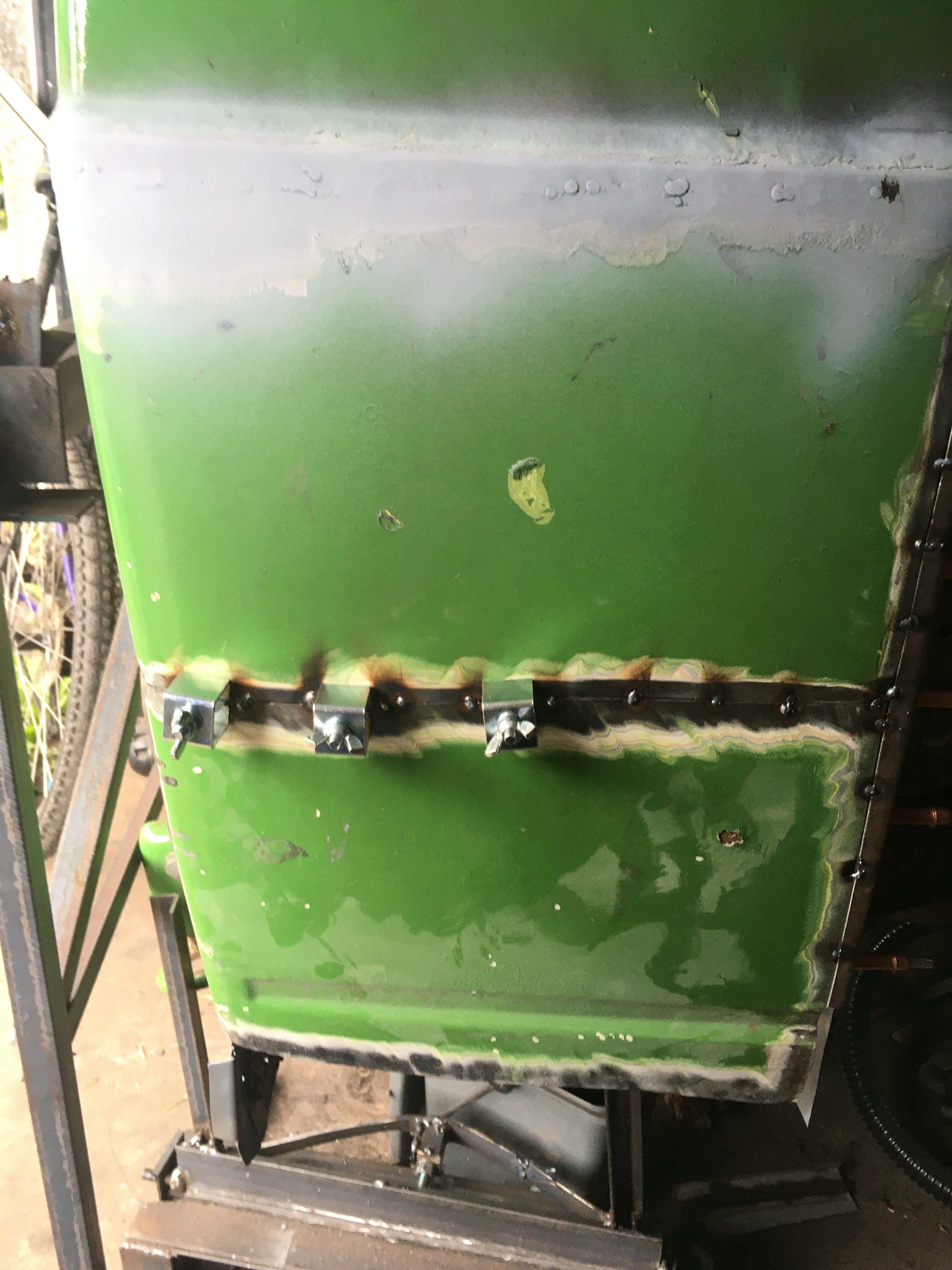 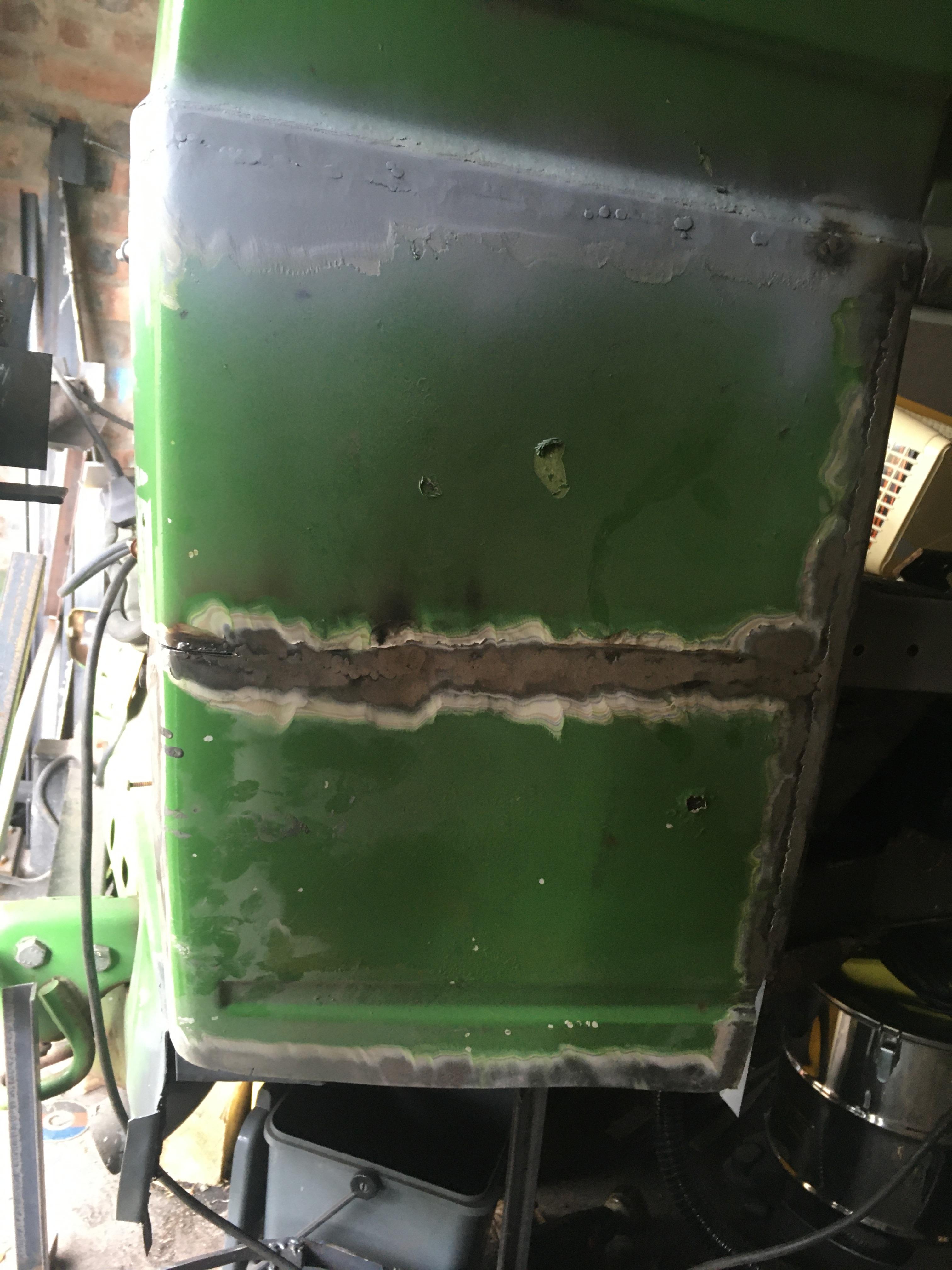 Before it was cleaned up, just to show the quality or otherwise of the welding… 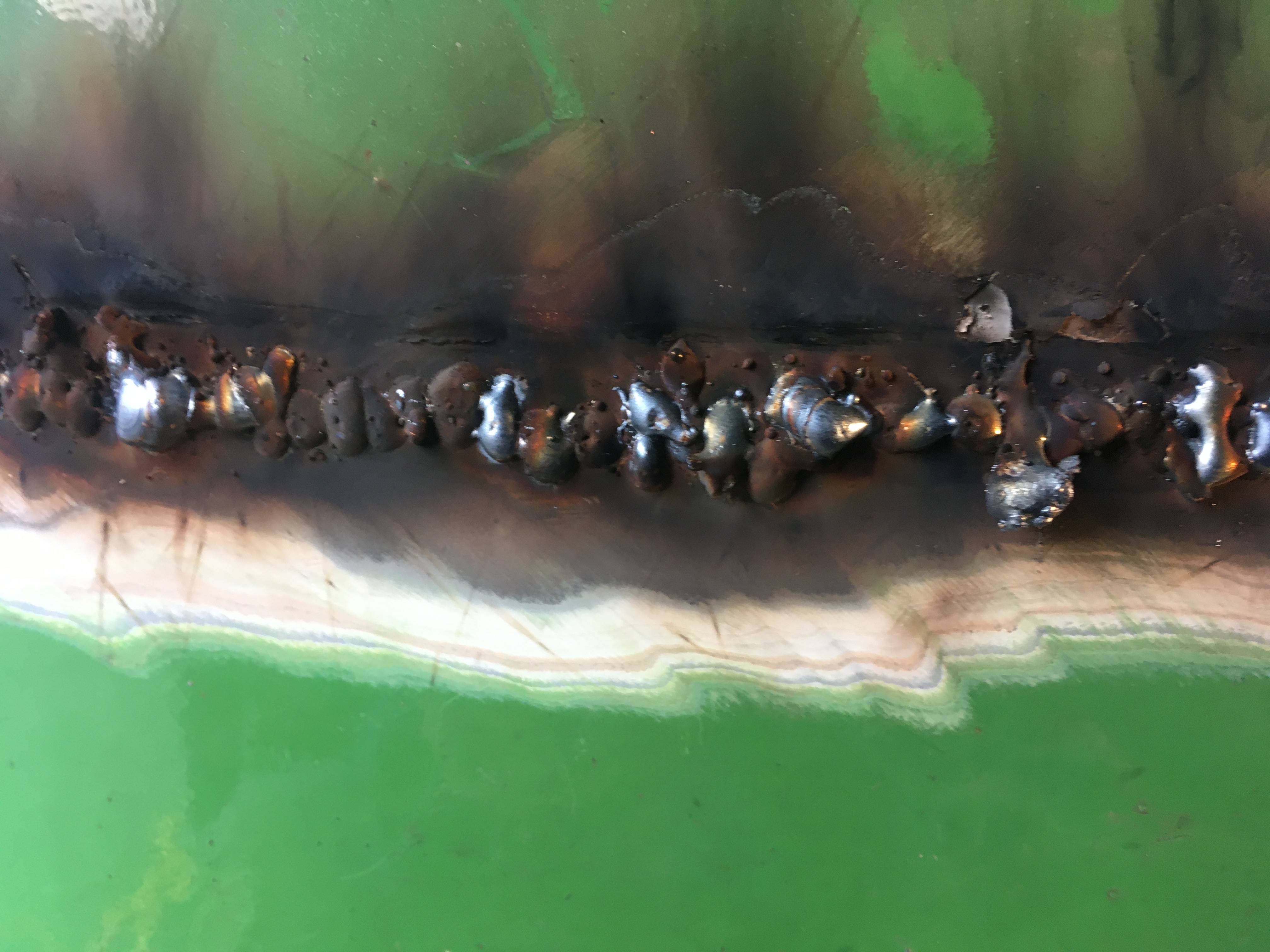 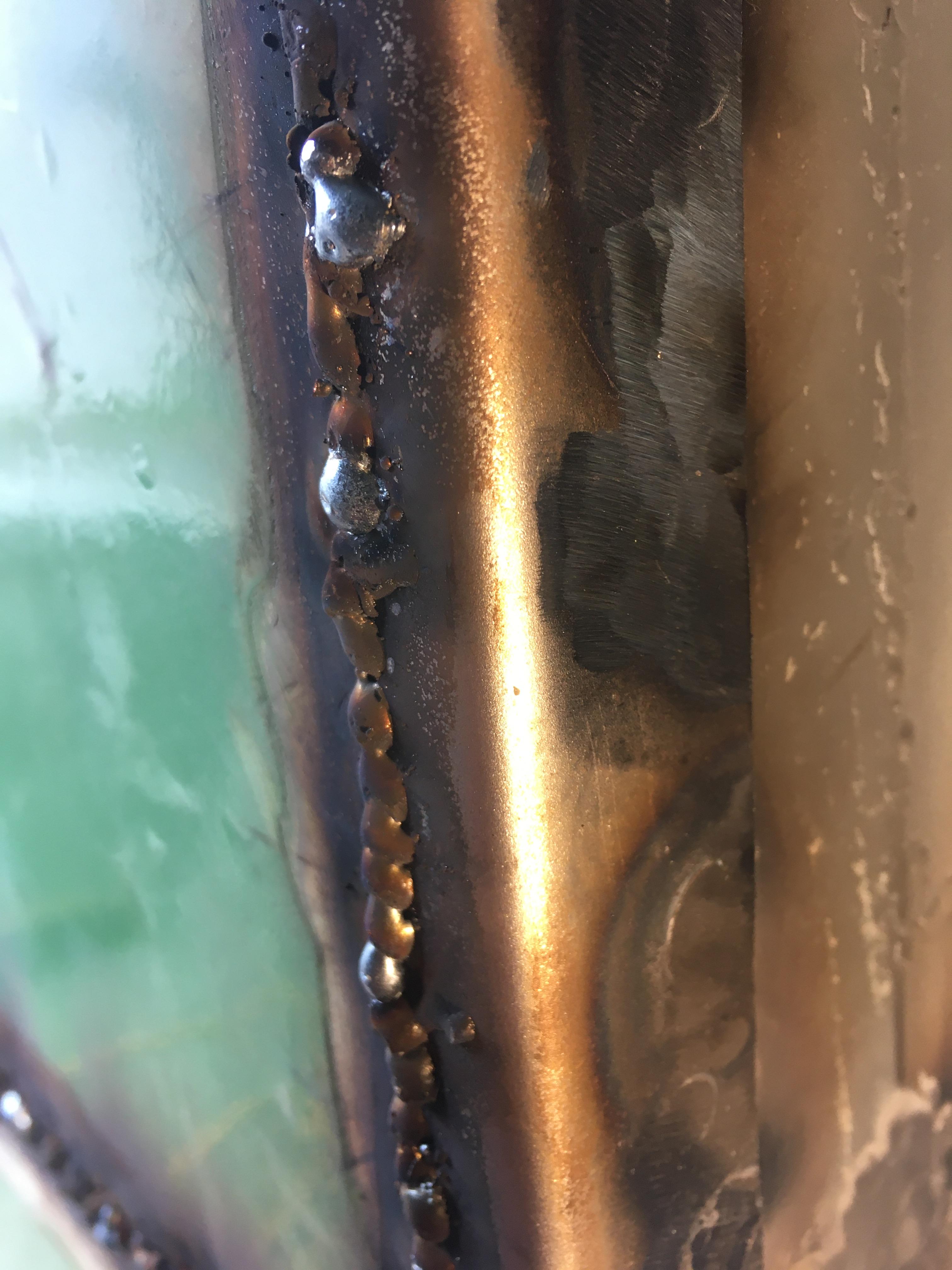 And a bit of blowthrough, showing the welder is turned up enough (no. 4 on mine) 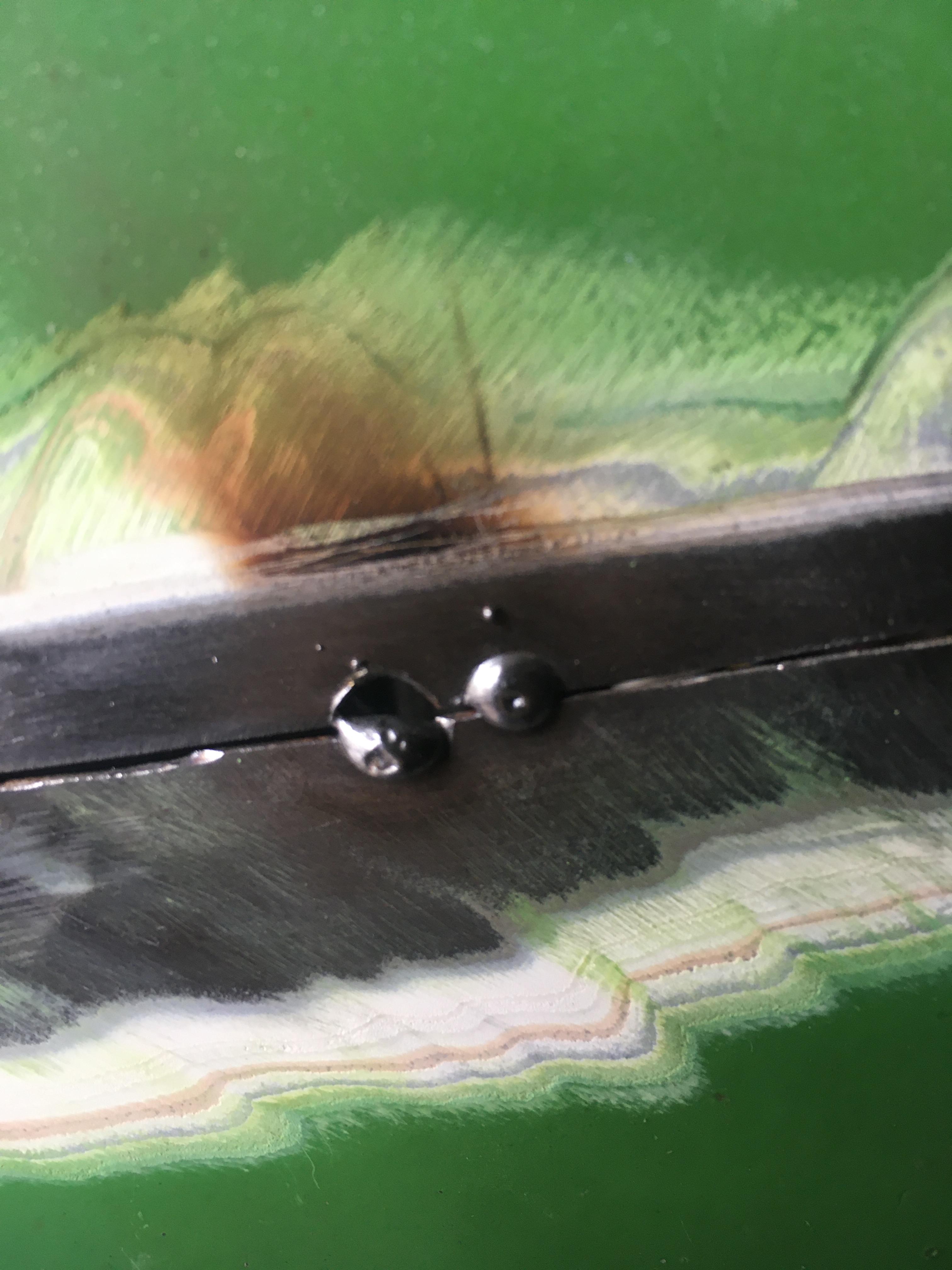 However when looking closely at this 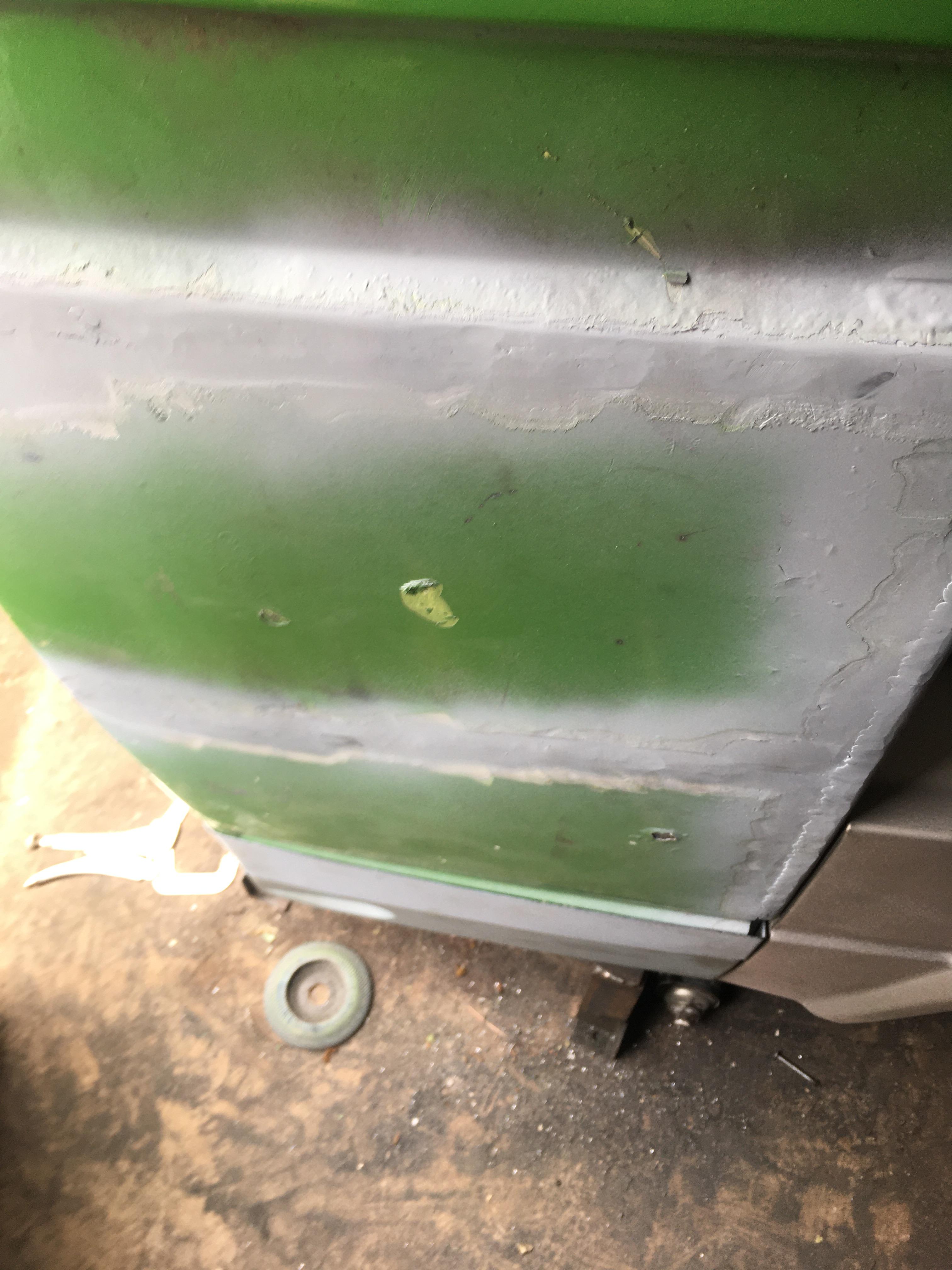 Bit of a warp… Filler? 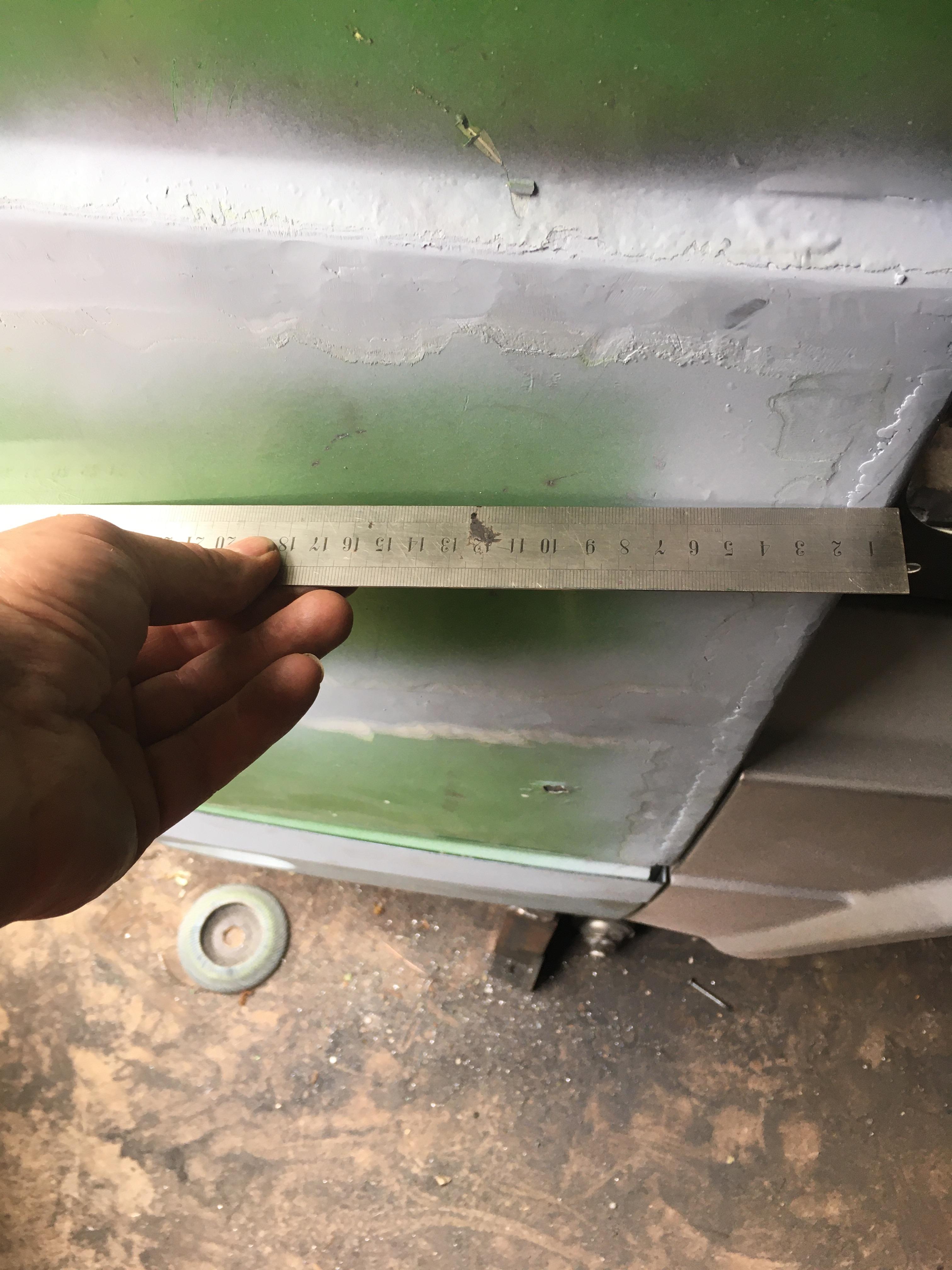 Trial fit of arch to help with positioning lower part of the rear. 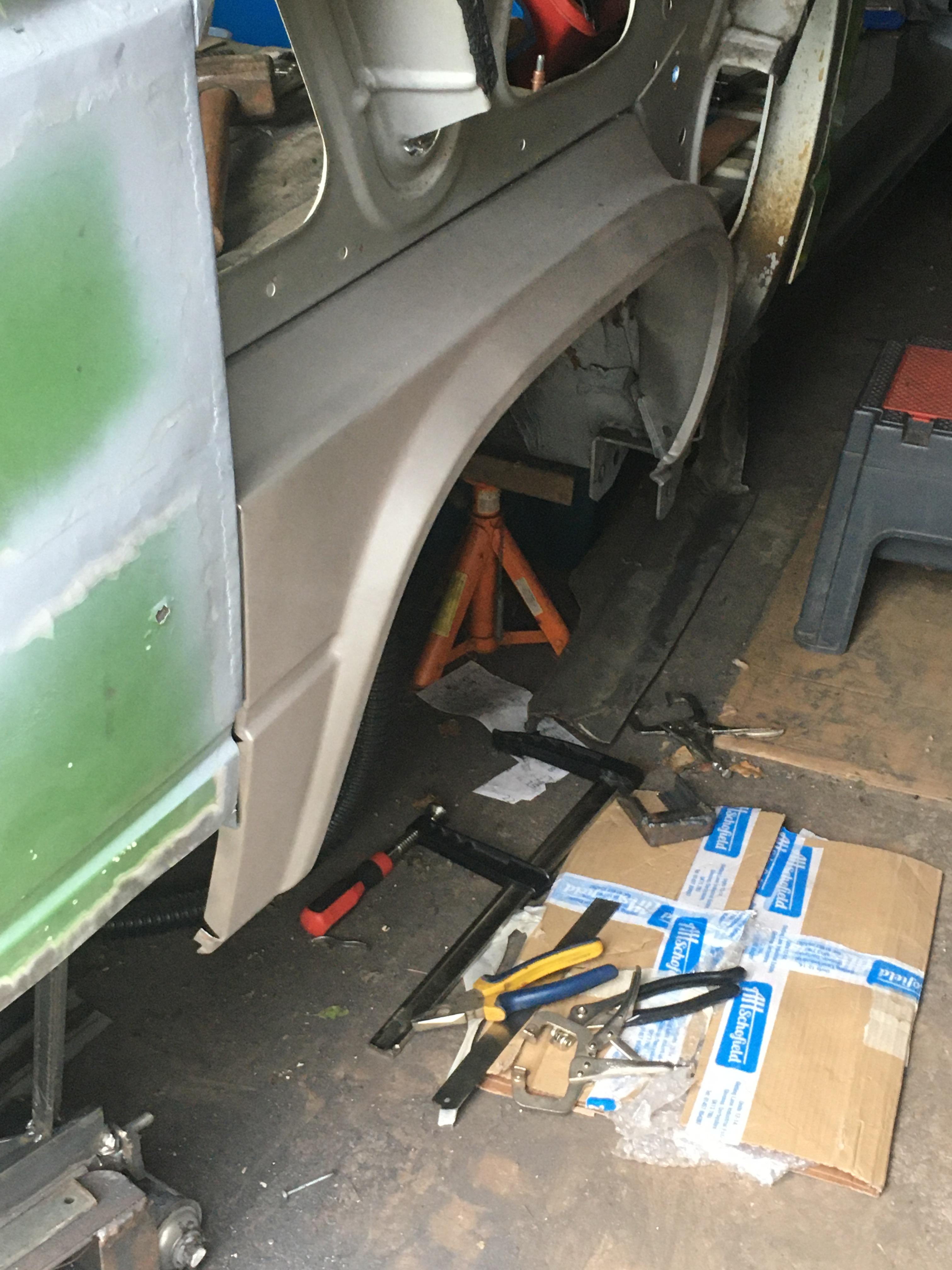 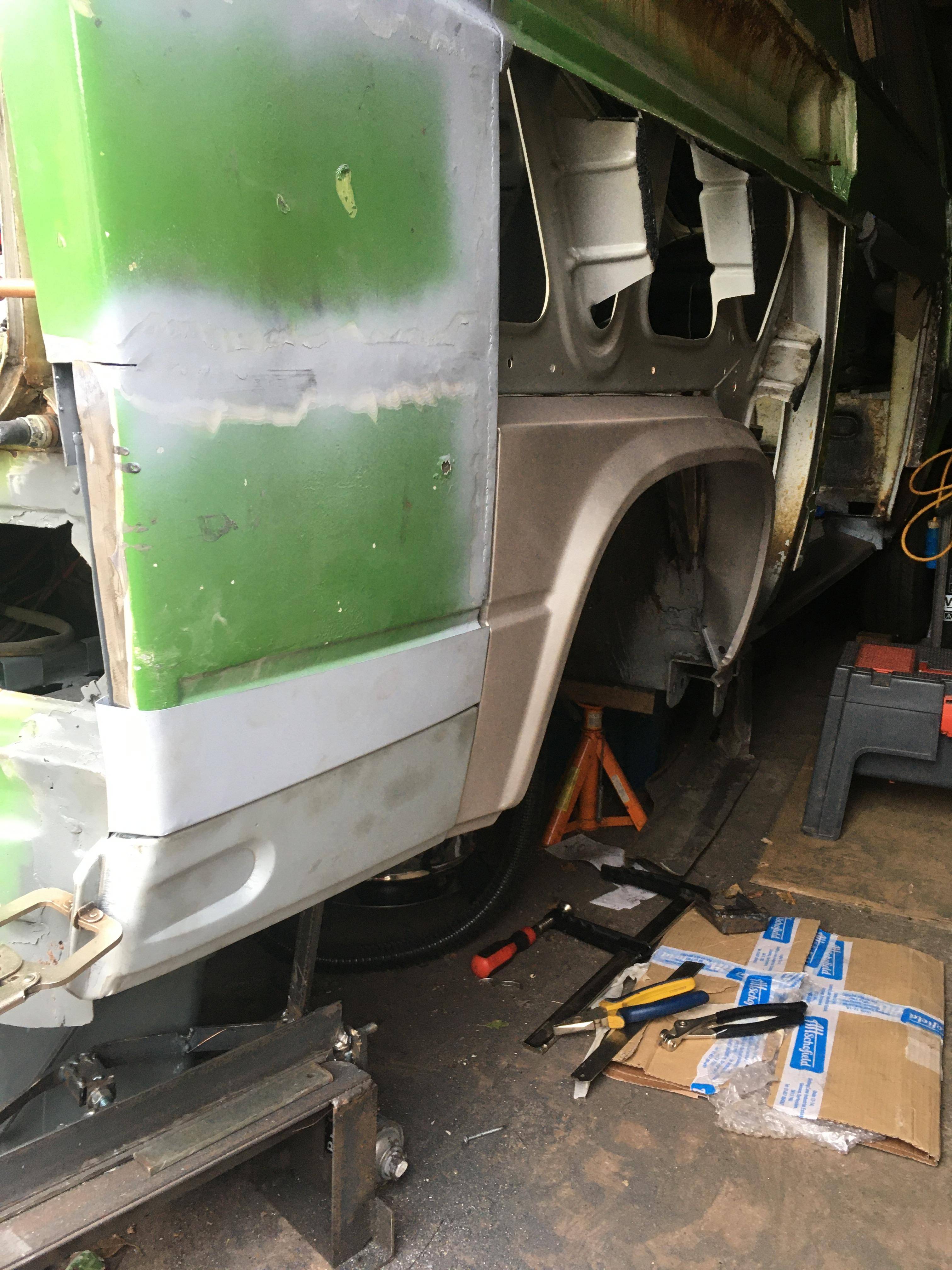 Not too bad at the rear, but the front? Needs some work. 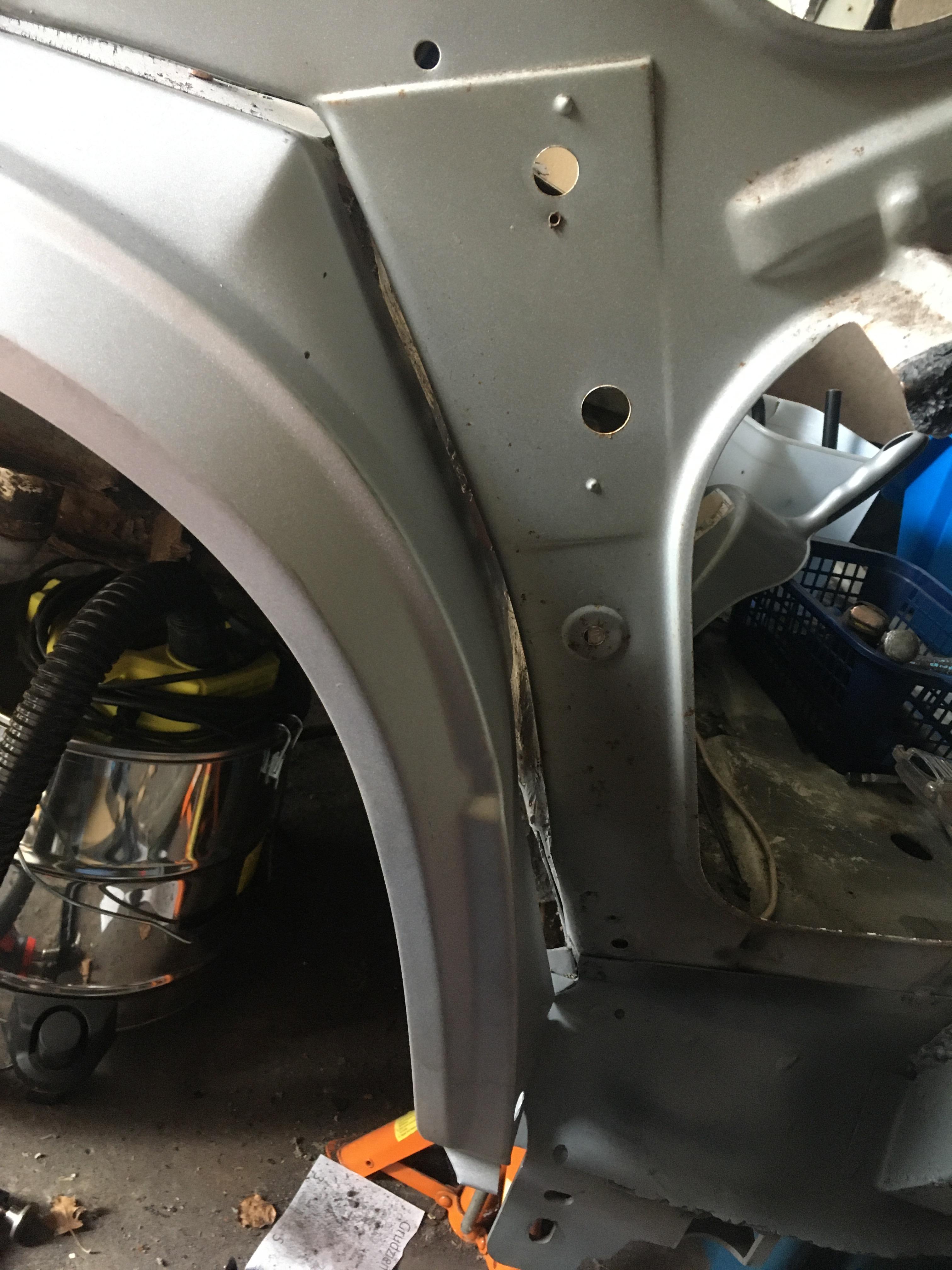 Might have to make my own one of this light grey bit. This one is a bit crap. 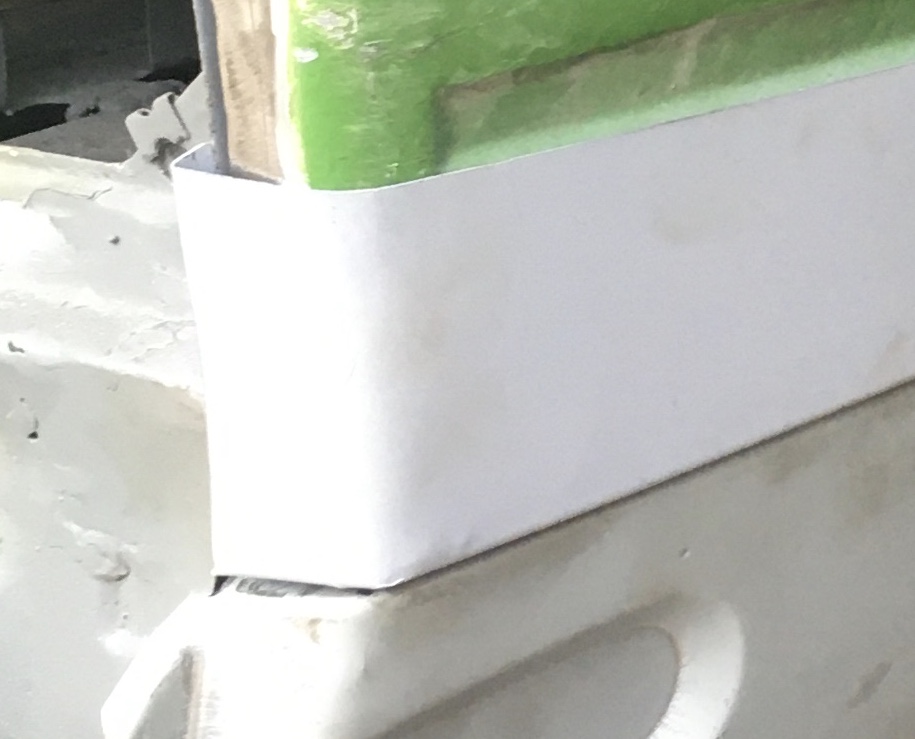 I was in Doune on Friday, and on seeing a white pop top in the car park, was able to check out the way the rear quarter lines up with the arch. So if that was a member, much appreciated!

It’s a bit difficult to check on mine, as one side is dismantled, and the other is hard up against the other wall of the lockup. The van in Doune showed signs of originality (rust

) whereas another van I checked out recently (in Cambusbarron) was in much better nick, but likely had had some panel replacement done, and had some funny angles going on.