This one came in from Vantopia just recently, a stock item for recon, failed "open" but all was not well from the outset...
The case lip was badly flared, the circlip turning its ears up quite severely and the end cap was clearly being held off it's seating. Not a pretty sight!
The circlip couldnt be closed because of the distortion of the casing (massive forces involved) so I had to get brutal with that and then use a die grinder to break the back of the clip.
Then, with assistance, the clip was closed up and punched out of the groove. Whilst doing this, I realized what has happened: The seals had failed, the silicone fluid escaped and the VC had overheated to the point that the casing had expanded enough to allow the "top" floating disc to become trapped behind the end cap!
Ok so I have seen flared casings before, also occasional examples of the "teeth" of the top disc showing wear, caused by them escaping over the top of the internal splines and being spun.
Now I know what causes the damage. 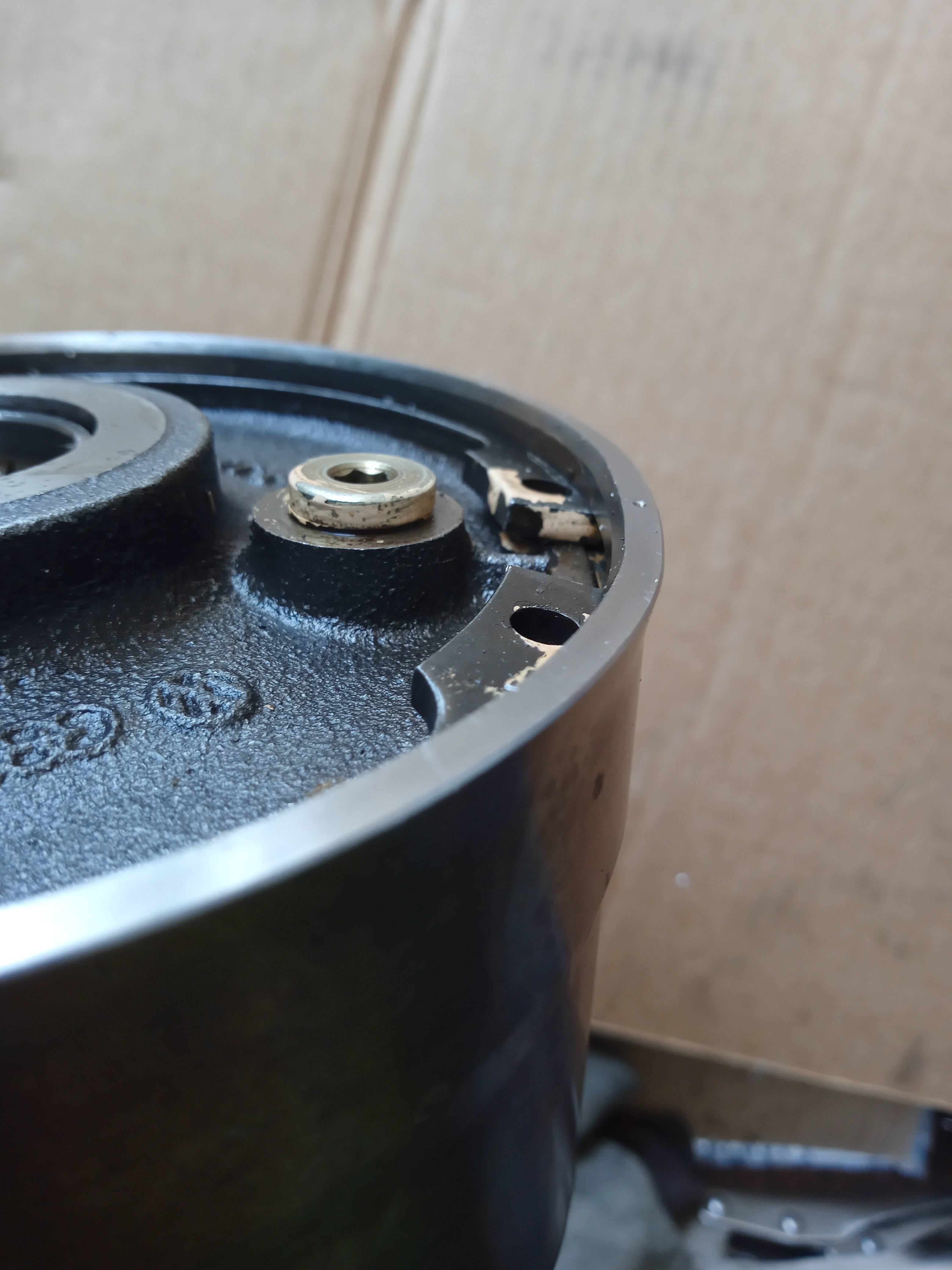 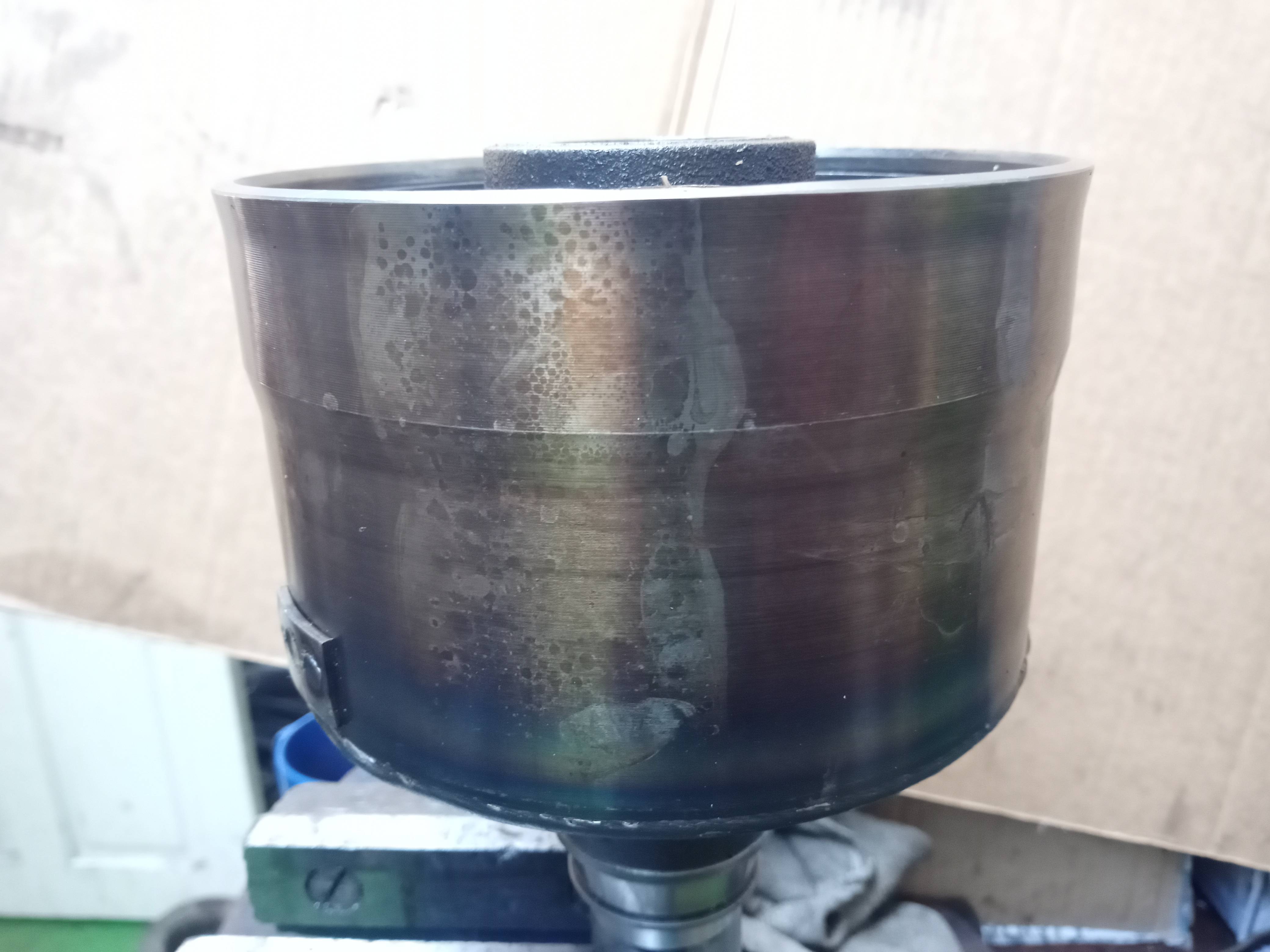 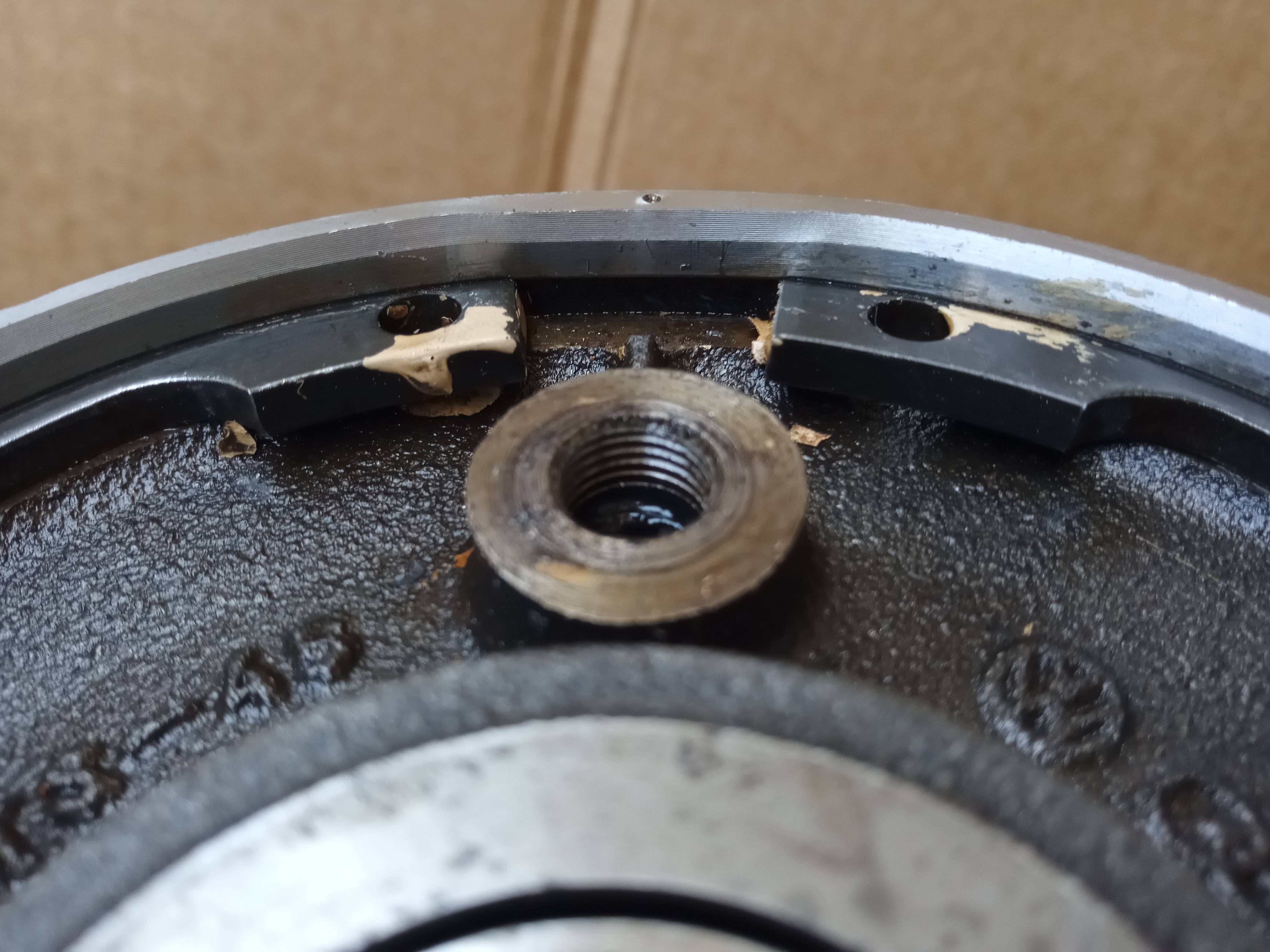 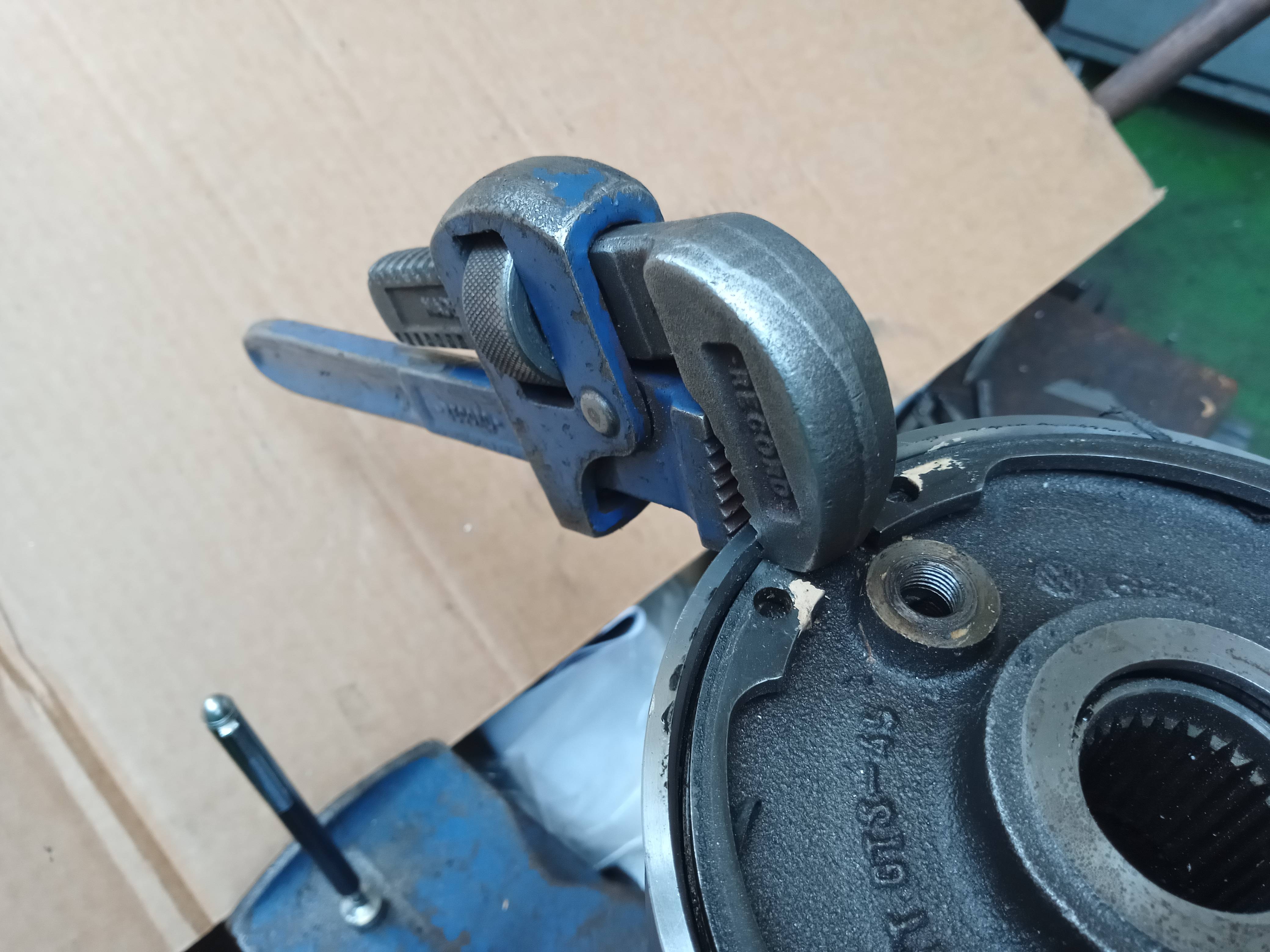 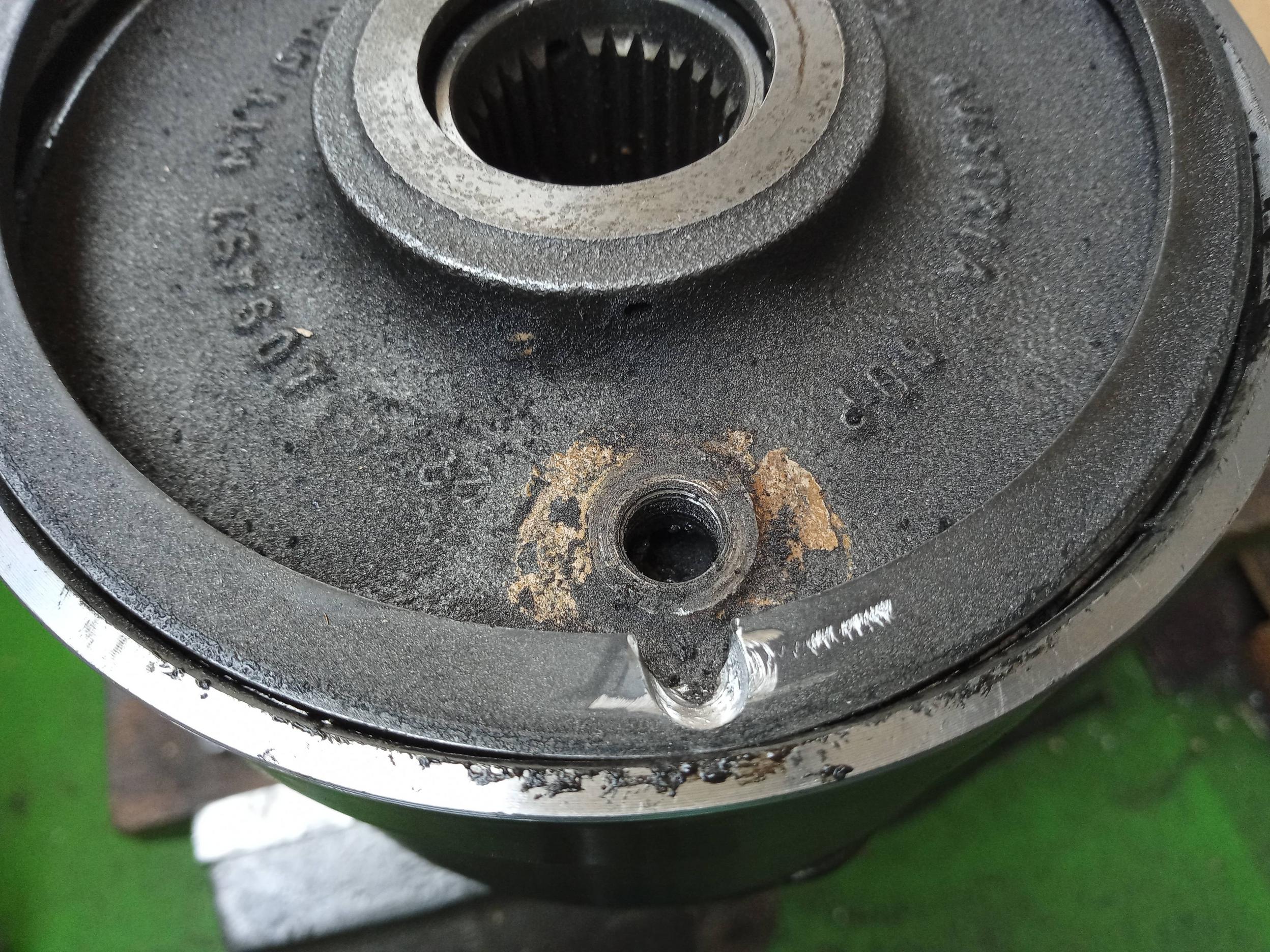 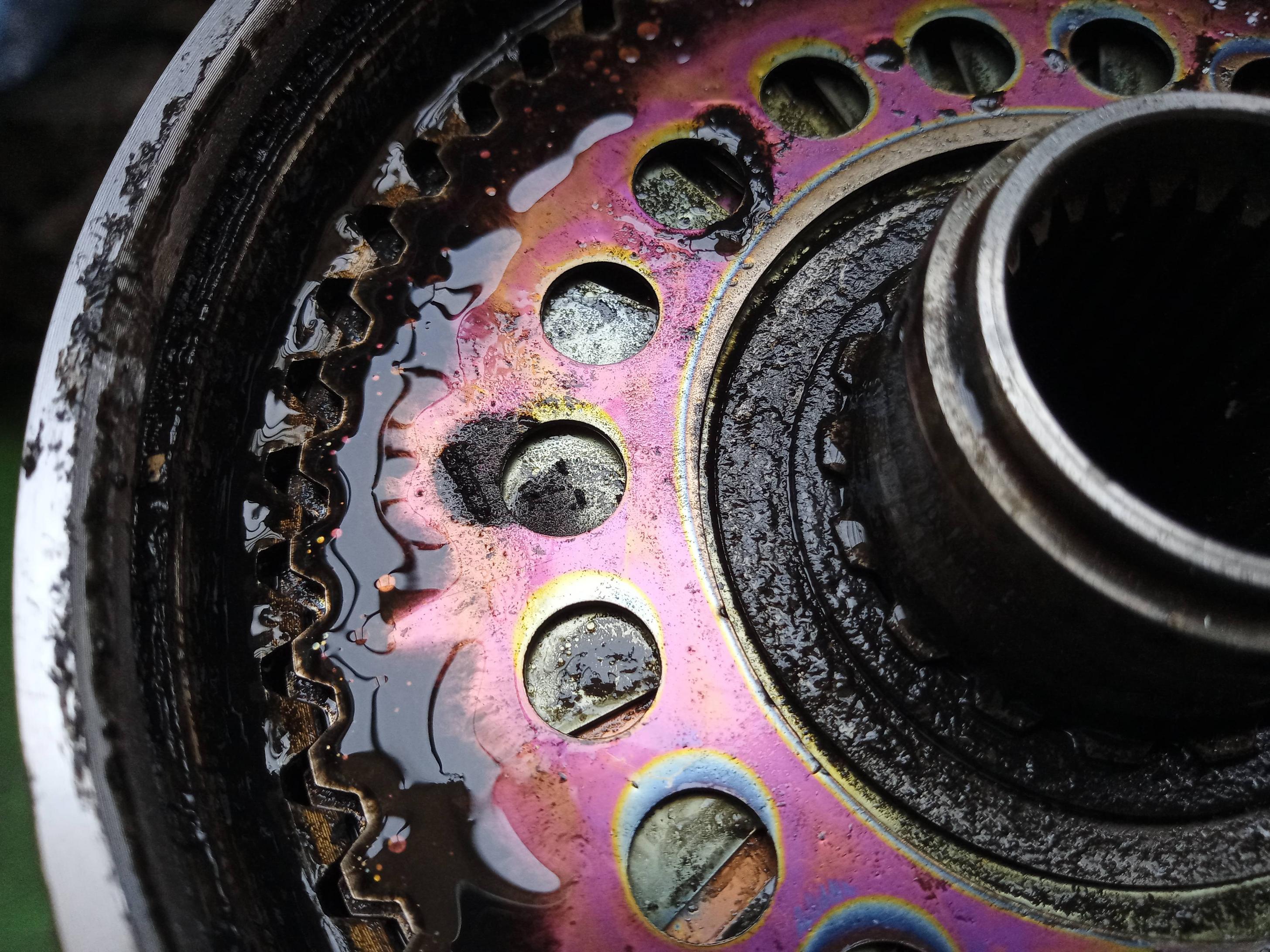 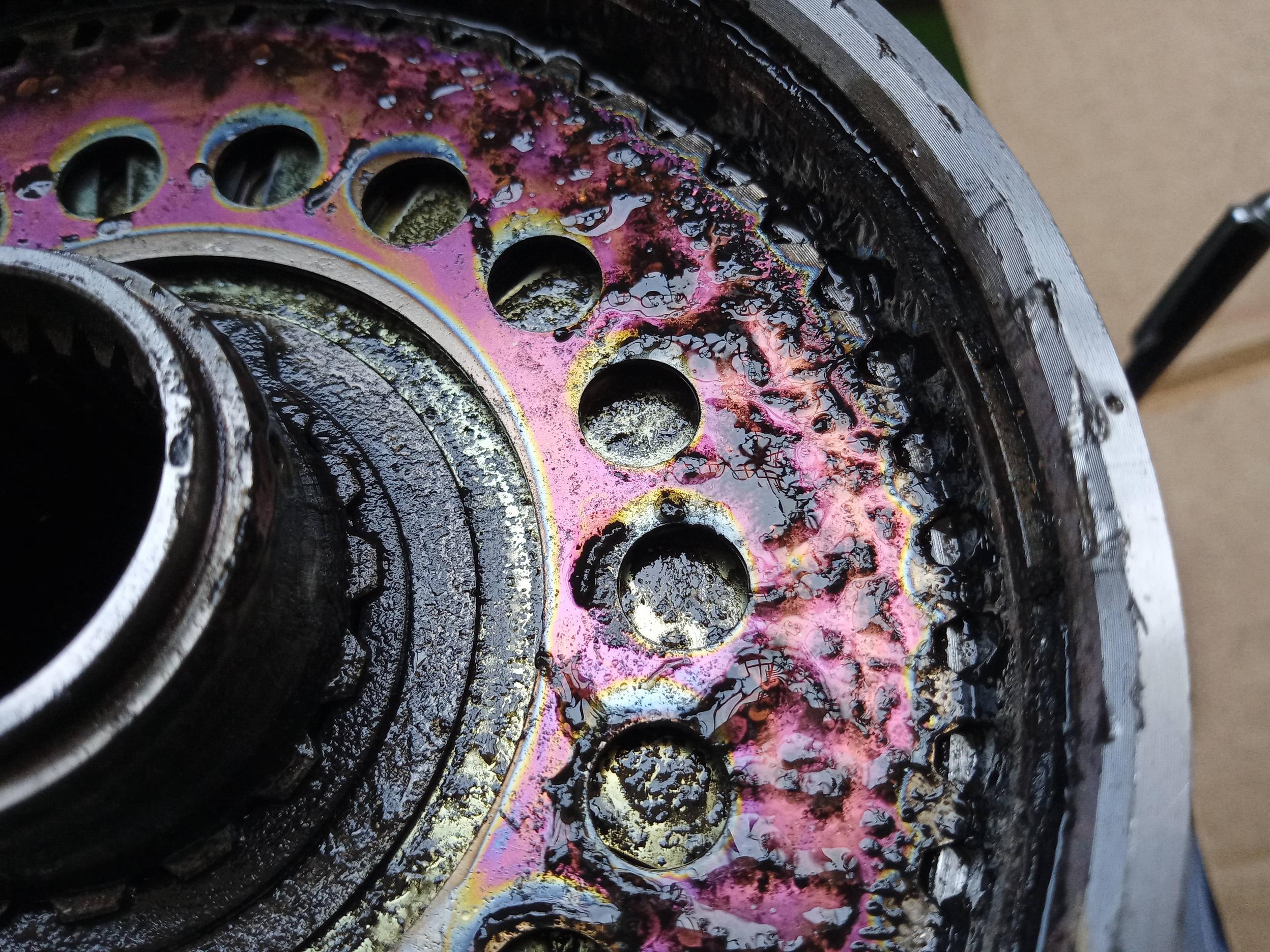 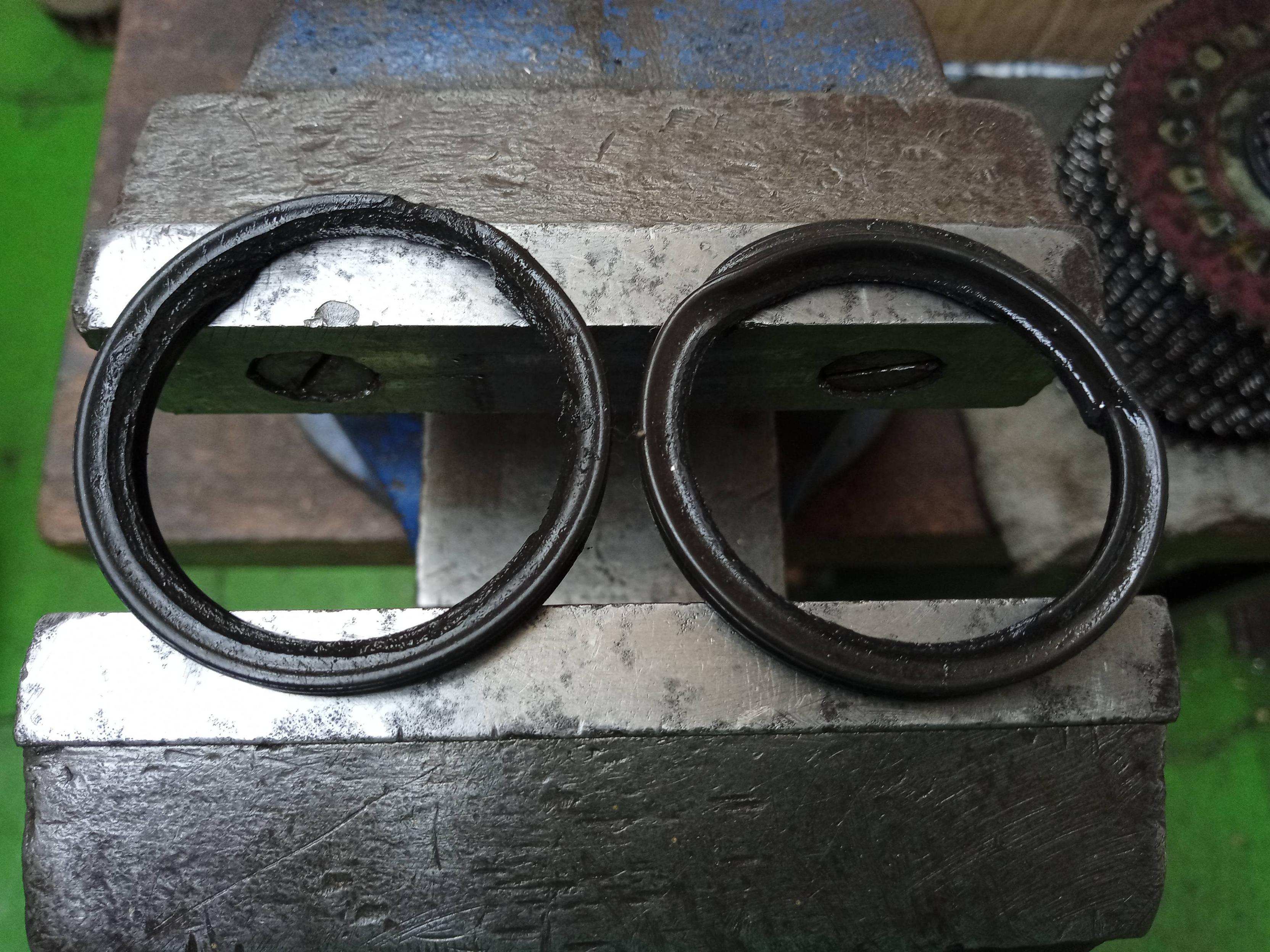