Halfway though repairing some syncro transaxle primary shafts for Aidan Talbot. They had all broken up on the first bearing track after the input shaft spline. All have been reduced by precision grinding and a new sleeve fitted, now waiting to have the sleeve reduced back to standard size. 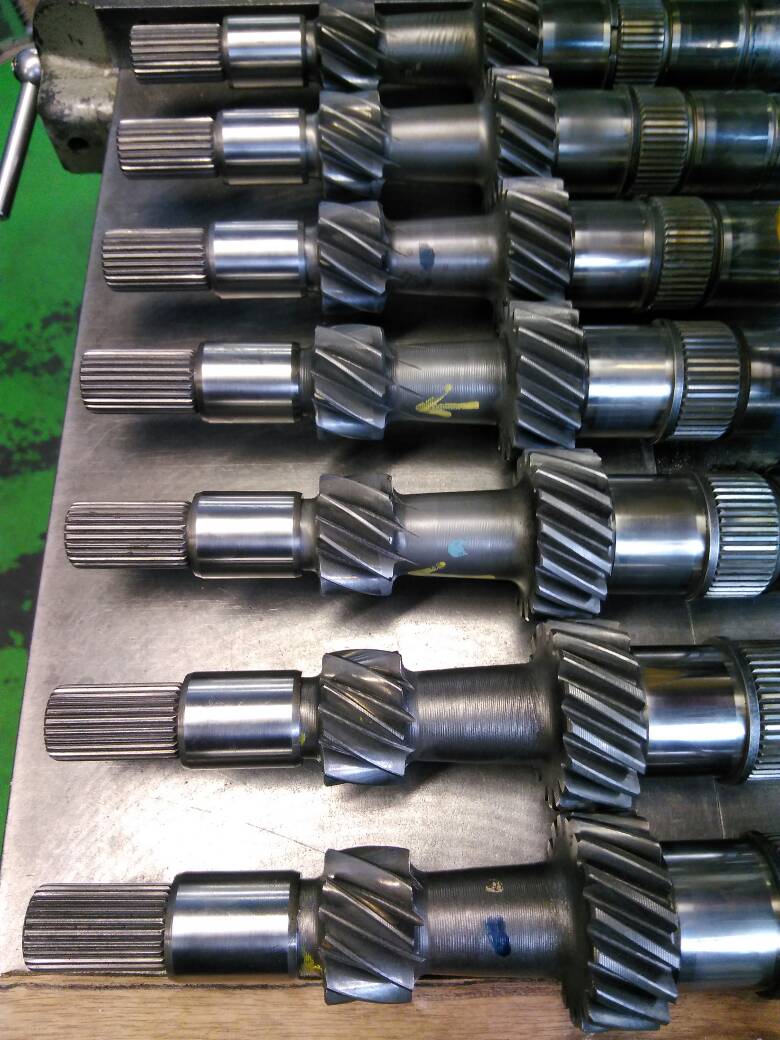 Dunno what that means, but they are shiny! And if Aidan likes it, it’s good by me...
http://www.thelittleredbus.com" onclick="window.open(this.href);return false;

If anyone has a spare £50k to invest in a production run of 'V' mainshafts then do let me know as I don't know if anyone will ever remake those, I have been waiting on a certain favoured supplier to make them but they have had other priorities. Perhaps Airbus would like to diversify into something that doesn't loose £8billion

In the meantime I repeat the advise 'do not store used gearboxes on their bellhousing end unless they are to be stripped down' as this damage is most certainly due to dirty oil being filtered through the input bearing when the box is stored this way, any debris in the oil can become lodged in the bearing; if the box is subsequently reused as soon as you release the clutch the debris which may be rusted onto the bearing surface of the shaft is spun at engine revs and the damage is started, then like a pot hole every rotation hydraulics oil into the damaged surface which is only microns thick and it gets worse, until the point where you think 'that's a bit noisy'

The input bearing is a bit over a fiver from VW and I always replace them that way I know they are clean and can't damage the shaft and anyway the poor little bearing has a hard time always under load at engine revs so why wouldn't you fit a new one every time ?
AIDAN