John. I finally remembered to take a few pics of the heater vacuum system, hopefully you can make sense of them, I didnt want to take the glovebox out again...
The hose on the front side of the solenoid goes up to the vacuum actuator for demist, the right side hose goes forward to the vac. reservoir behind the grille. The left side spigot on the solenoid is not used. 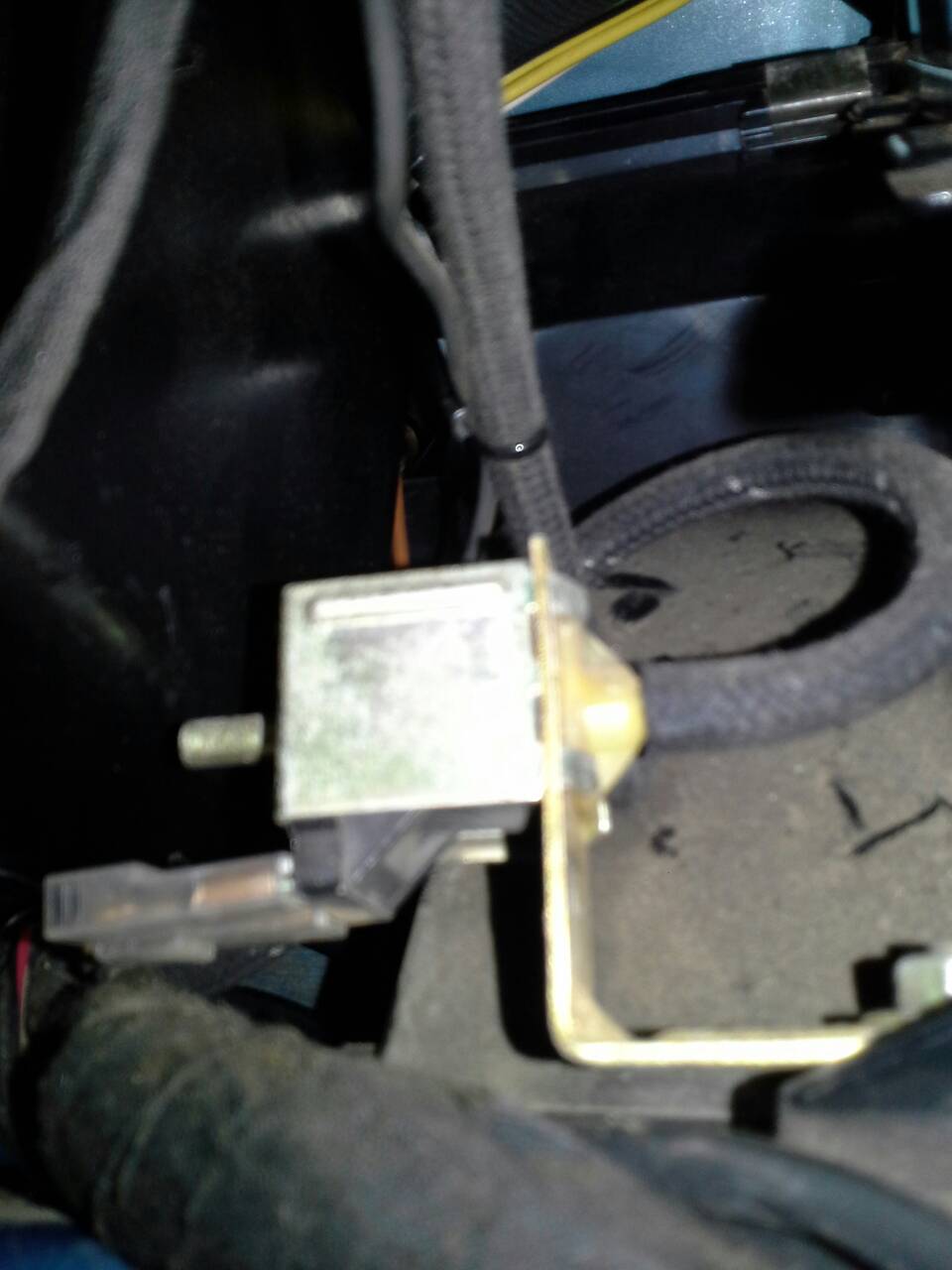 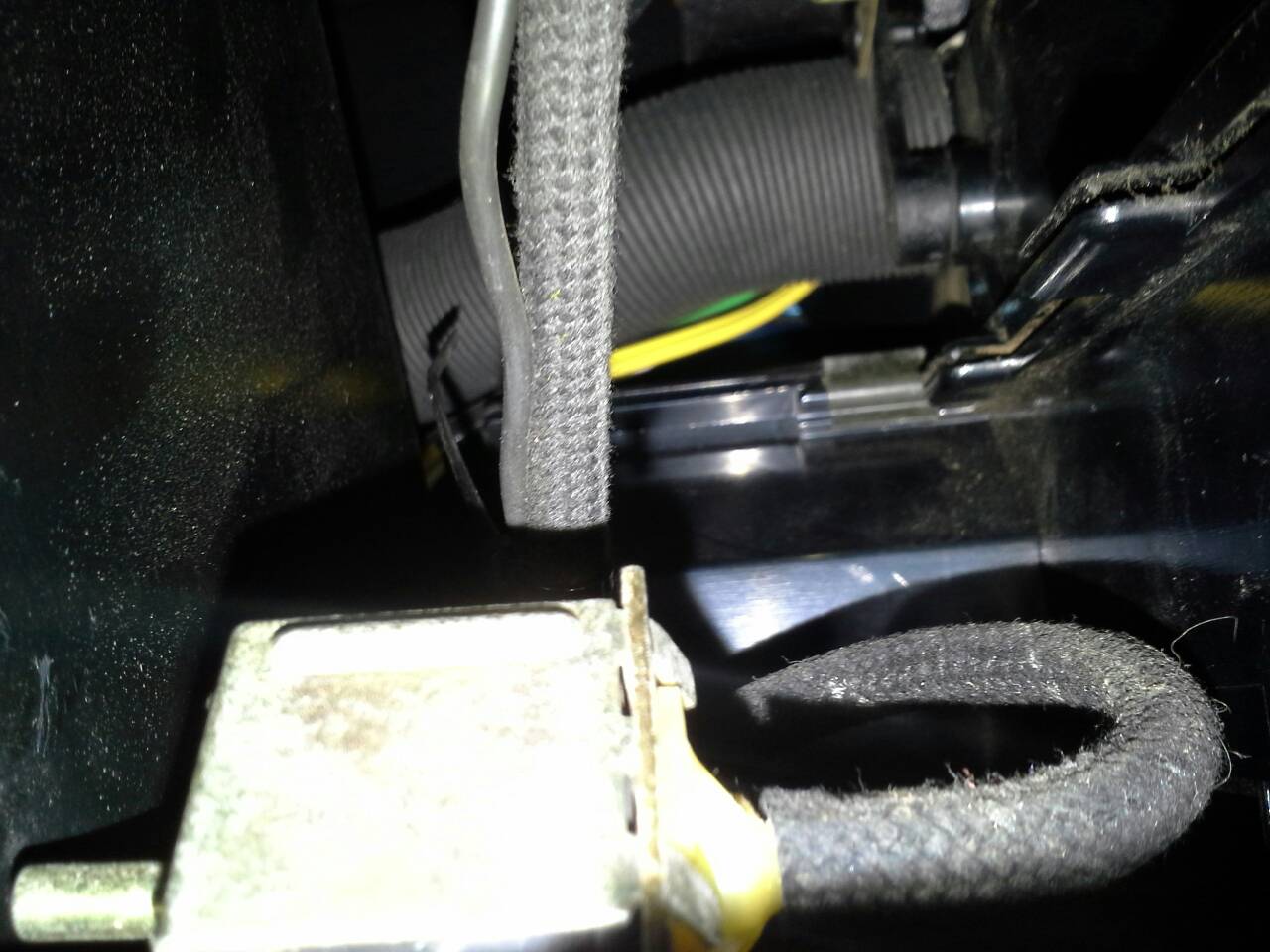 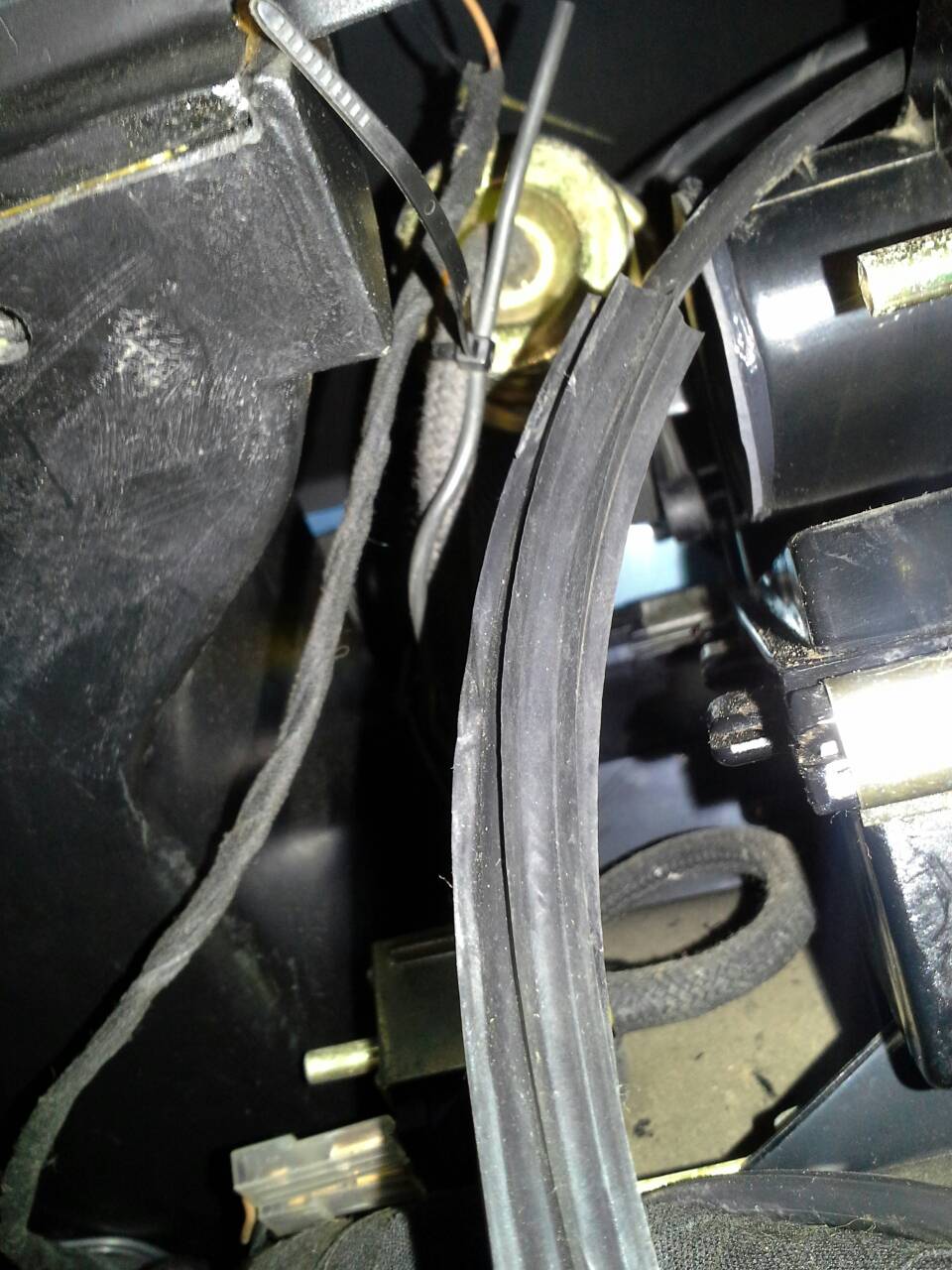 My rerouted heater valve cable gets right in the way, of course.

Started doing a Wee bit to the van again over the past few weeks, engine and box are now out and almost ready for primer. 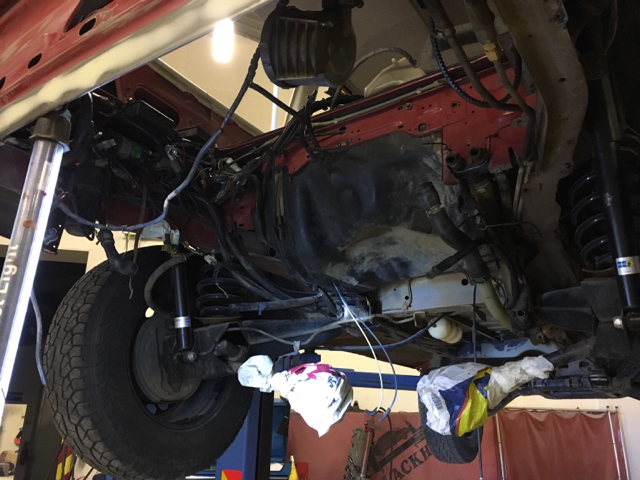 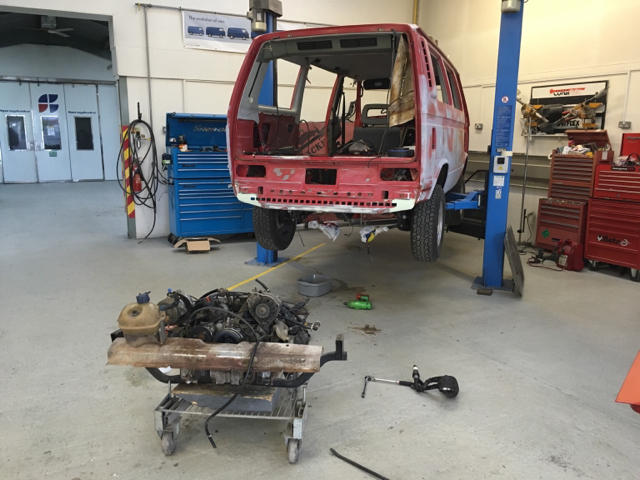 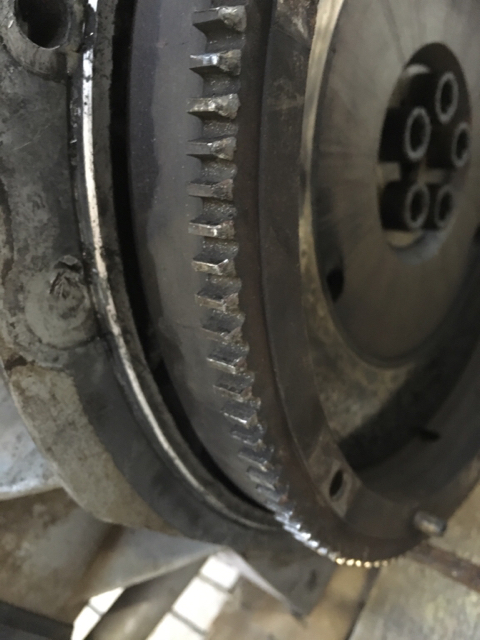 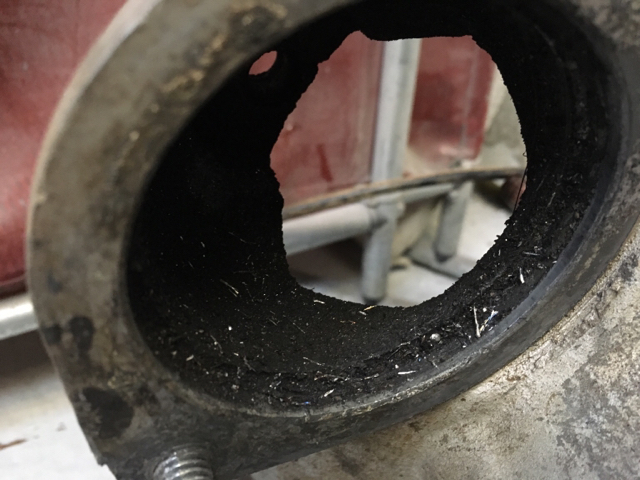 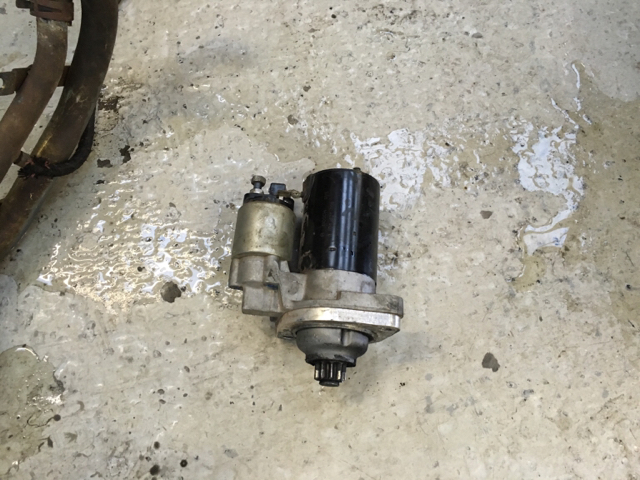 Everything on the engine and box is put together with red rtv, even the water jacket seals.
So next Friday the engine is going camper shack to see what's what ( Ian's 2.5 was very tempting but going to blow the already blown budget)
Then to Sheffield to collect an exhaust and finally to Aidan to drop off the box and diff.
1985 1.9 Devon moonraker
1992 2.1 SA big window syncro
Top

Managing to get some more done today, mostly sealing in the engine bay around the inside of the seams.
Again this stuff doesn't look the prettiest but it's nice looking when over painted, and its main function is to seal in these hidden areas behind the tail lamps which are rarely seen.
Also sealed from the sill flange into the chassis rail and inside the outrigger/jacking points which were only just covered in primer from the factory. 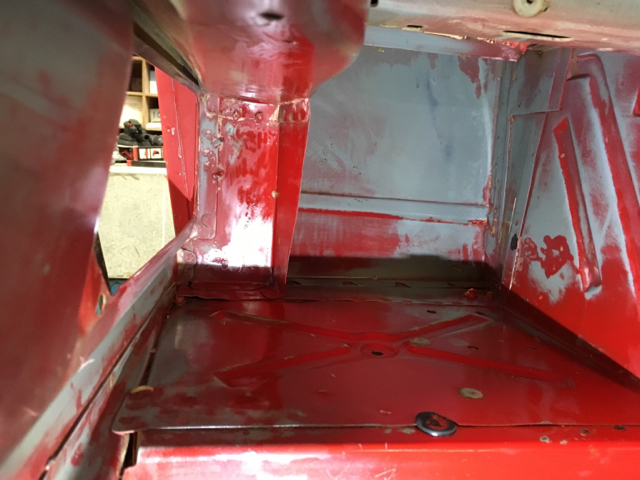 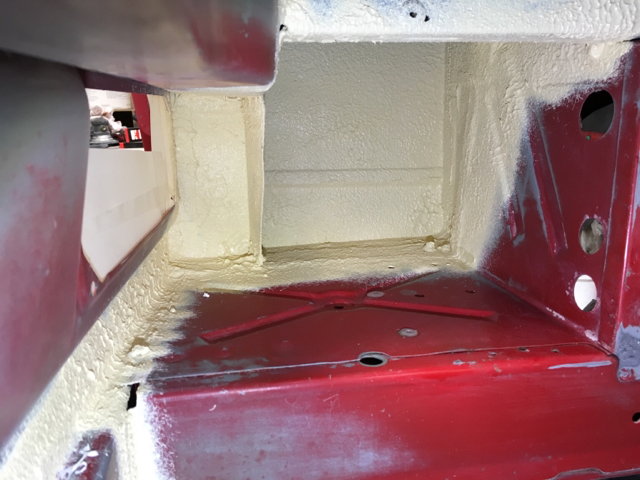 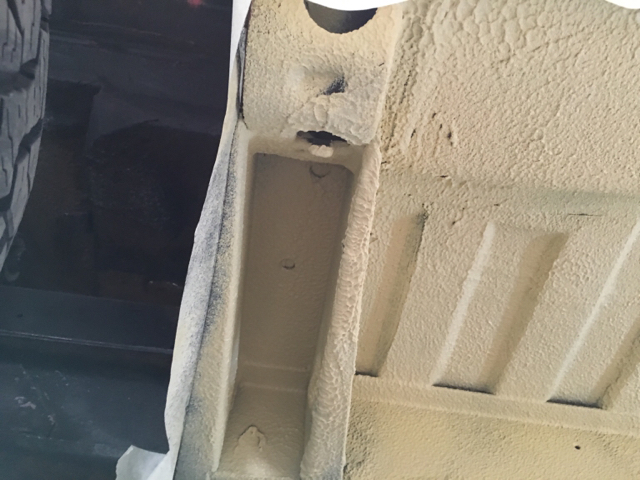 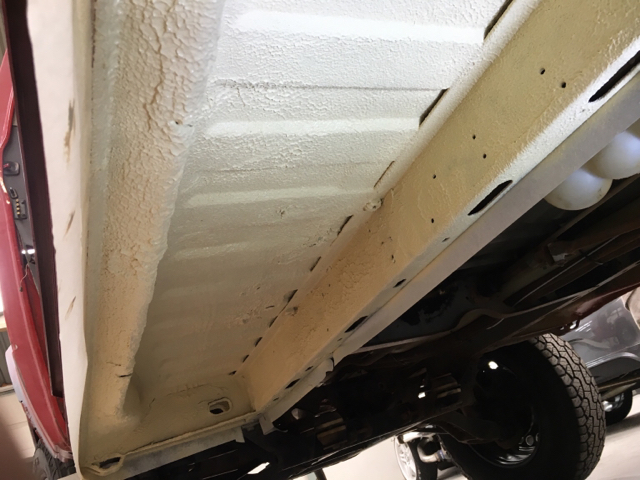 John, what's the starter part number? Could be useful to know if there is an modern alternative that fits a wbx. Looks like its reduction geared and has a spacer plate?

PS send me your VC if you want it the splines drilled for oiling and also CO2 purging, all for the cost of the post.
85 syncro Caravelle twin slider Oettinger T3200E-6
90 SA Microbus supercharged wbx/UN1 project

I'm going back to the Workhop shortly so I'll get a photo, it would probably have worked ok if it was held on with more than one bolt.
I dropped the box and diff with Aidan on Friday so I'll try and get it to you. Thanks.

Interesting detail for the geek squad

From what I know the air con is aftermarket, on the sa caravelle the ducting looks different and the switch is part of the dash where the heater controls are, mine has a dodgy looking switch on the fuse box side near the drivers door. I don't know if the microbus came with factory air conditioning.
When the van goes back together I'm hoping to get it running, I'll have to change the fittings for the charge points as my air con machine doesn't fit, I'm sure the fittings can be converted tho.

That may be the case, although I was told that the very late ones are different (the ducting may well be SA manufacture, earlier was made in USA, like my 1995)
What year is your one?
85 syncro Caravelle twin slider Oettinger T3200E-6
90 SA Microbus supercharged wbx/UN1 project

That is an aftermarket aircon. The earlier ( aftermarket) ones fitted into the dash board for front and pasangers and opposite the sliding door, behind the trim panel for passages in the rear. When the big windows were introduced there was no space behind the dash so they copied the VW version. The copied ones have harder edges to them. Early SA aircon controls were in the dash next to the glove box and big windows were above in the top ducting. Caravelles had aircon as standard and for microbuses it was a factory option.
Last edited by 4x4 Bus on 21 Sep 2016, 18:06, edited 1 time in total.
Top

A few pics of the starter and adapter plate.. 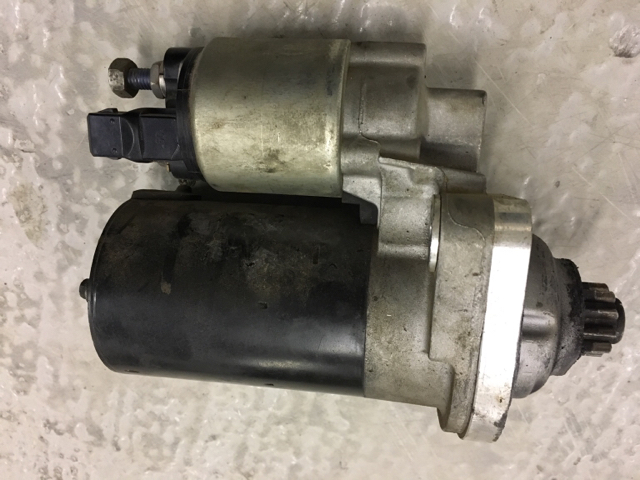 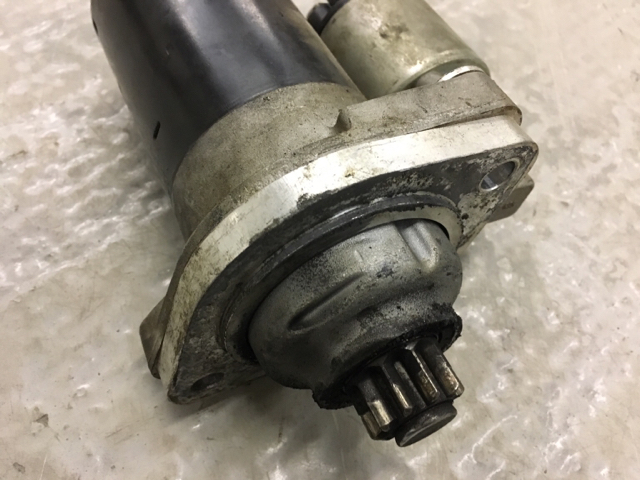 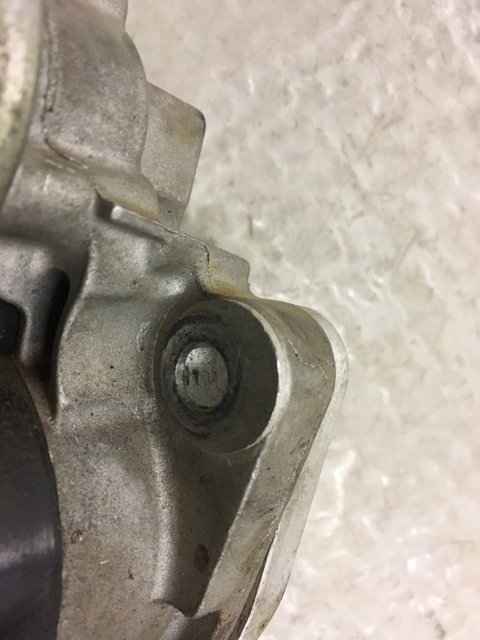 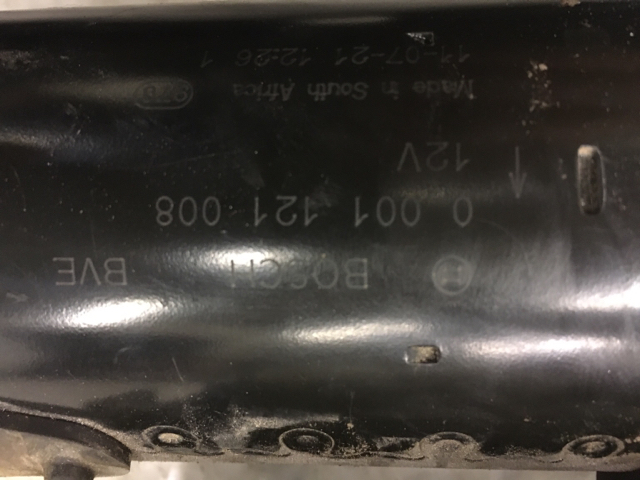 It's been a bit of work to not bolt it in properly, I think I'm just going to go back to standard and a new bush, Syncro wbx starters are no fun to change.
As for the air con I don't think mine is even a factory option as the wiring loom was cable tied on to some silly places underneath and you could switch it on with the keys in you're hand. The power feed was stolen from the cooling fan, so with the engine off and the keys out you could have the rad fan and air con fan running. It's in the process of being rewired while the dash is out.

Your aircon is aftermarket as said above.
Top

That starter is for an auto unless i am very much mistaken.
2.1 LPG/Petrol Auto Caravelle
Top

Starter is off of many VW applications - 1.9tdi. ie: pre 2000 Sharan Alhambra etc. Use the adaptor plate from Mr Baxter and it will work. Spins the lump over quicker and works fine, used them all of ours.
1.9 TDI Syncro Multivan
1.9 TDI Doka project in progress
Top
Post Reply
287 posts