I fully understand, and thank you for your valuable advice.

I would like to think that I have enough "way with all", to be moderately safe. But it does not hurt to be reminded of even the most basic safety information.
1983 Tin Top with a poorly DF.
Soon to have a whizzy DJ.
Top

You're cracking on with it . Kind of looking forward to getting stuck into mine .
Check ya nuts
http://forum.club8090.co.uk/viewtopic.php?t=96433" onclick="window.open(this.href);return false;
Auto sleeper fitted with EJ 20 subaru lump
Top 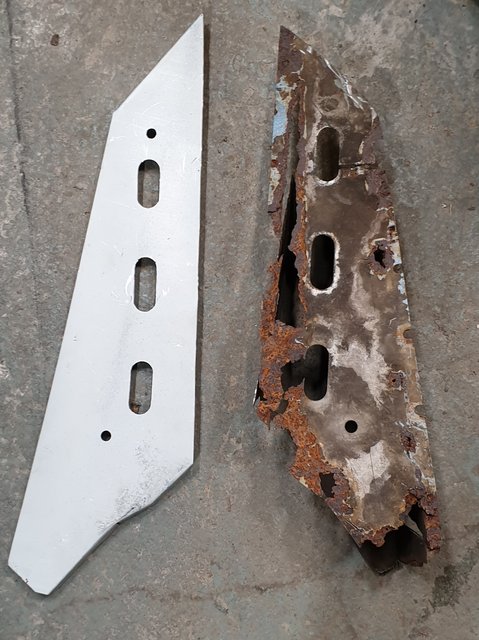 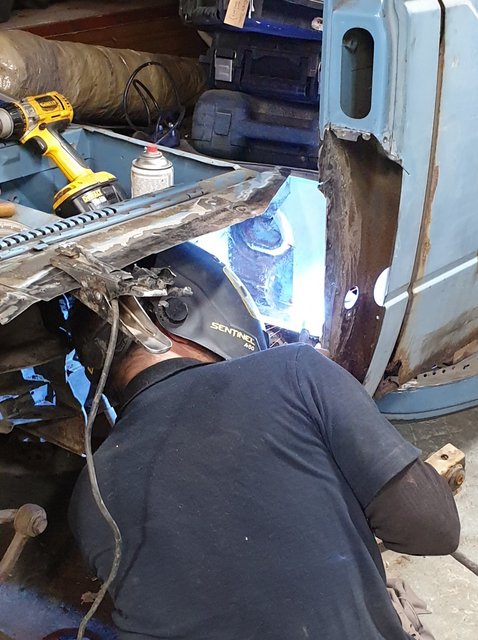 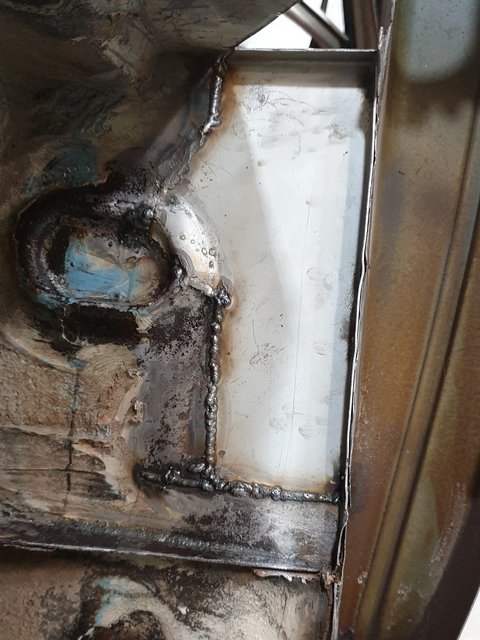 Fantastic work , itll be back on the road for the weekend

at about 4 hours per week,
I think you are being a tad optomistic - ha ha.

Cutting metal off and cleaning up edges in preparation is very easy to do. The clever bit is putting it all back together again.
1983 Tin Top with a poorly DF.
Soon to have a whizzy DJ.
Top

A bit later than hoped, but here is this Mondays small bit of progress.

Amazing how much quicker Troy is at making up a piece of metal, virtually by eye, free hand.
Whereas I was doing a more old-fashioned cardboard template approach.
1983 Tin Top with a poorly DF.
Soon to have a whizzy DJ.
Top

Aaaand Week ten of the rebuild.
I didn't think that I achieved much this week.

So we spent a good hour or so with me giving him a lesson of operating a lathe, including screw cutting, setting spindle and travel speeds, and of course general safety. - "take that chuck key out of the chuck!!" - yikes!!
1983 Tin Top with a poorly DF.
Soon to have a whizzy DJ.
Top

Making their way onto my van this autumn.
I will be cleaning any remnants of the old left outrigger from the van next week.
1983 Tin Top with a poorly DF.
Soon to have a whizzy DJ.
Top

It is pretty much toast underneath the B post and around the jacking point.
1983 Tin Top with a poorly DF.
Soon to have a whizzy DJ.
Top

Week eleven was quite a random affair.