Thanks for all replies and information, have had to do all the work on uneven ground as that was the only option available to me.  Intention is to drain the oil and replace with the same amount that is removed in anticipation that this will replenish to the correct amount/level. When I removed the fill plug there was a slight amount of leakage so will use this as a benchmark.
1984 Campervan 1.9DG Petrol WBX
Top 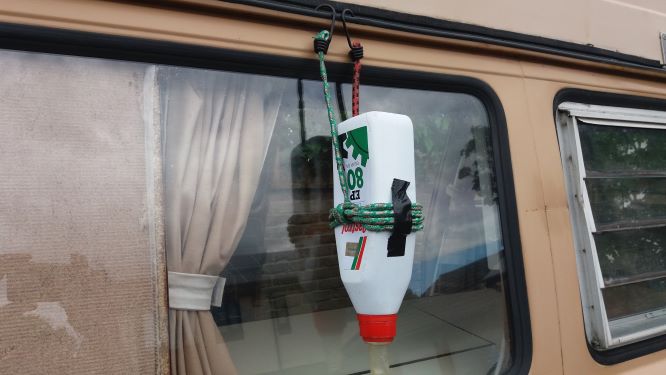 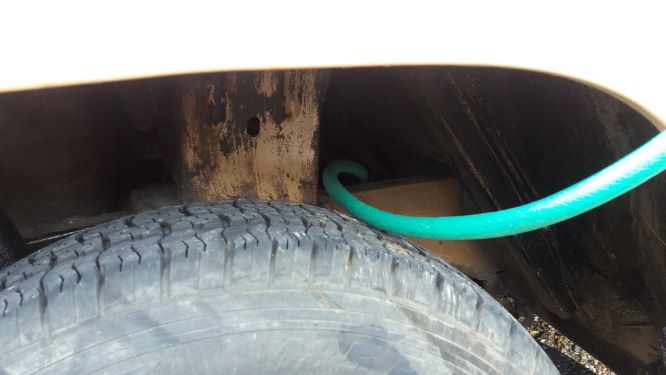 Changed gearbox oil today, got the correct oil from GSF (COMMA) reasonable price.  Used an old container I had to refill the gearbox by running a piece of garden hose from it as the nozzle was just the correct diameter to slot into the hose, ran the hose under the offside rear wheel arch and into the gearbox filler hole, had to keep topping up the filler container a few times but oil flowed quite tidily. Before filling fully left drain plug out and poured some of the new oil through as a flush.  Then filled properly, gravity did the rest with no spillage. I Have added some images to see if of any use to others.
1984 Campervan 1.9DG Petrol WBX
Top

Been reading other posts, and would like to know how much debris is considered acceptable on the drain plug magnet when changing oil, there was some on mine which I expected as that's its purpose.
1984 Campervan 1.9DG Petrol WBX
Top

, the very fine sludgy stuff is generally a sign of wear in the main bearings in my experience and with 5 speed (and Syncro) boxes ignoring this can lead to major problems as if pinion bearing is worn then space for 1st gear is compromised and that in turn leads to needle bearing failure break up and expensive damage. 4 speeds get away with the same level of wear because there isn't a gear at the front of the box but will still suffer from the same unnecessary wear on gears and synchro rings and eventual failure as the others. None of them are stronger or better than the others they are all basically the same box driving the same vehicle with often increasingly powerful engines and less mechanically sympathetic drivers.
Change the oil every 2-3 years minimum, 20k miles if sooner, ignore what VW said about 'for life', what they meant was '100k miles throw it away and buy a T4', not 'run it for 30plus years with no maintenance it'll be fine'; oil is cheap, rebuild isn't, but is a fact of life and whilst gearbox doesn't have as tough a life as the engine it still works hard so you can expect it to need servicing and probably repair unless it has been really well looked after and treated with mechanical sympathy.
These vans need a minimum £20/week maintenance budget, if you don't spend it then chances are the next owner will have to pay for your neglect, and if you buy a van the previous owner didn't spend on you'll be picking up their bill as well as your own and you'll be unhappy at the cost and it may well ruin the experience. YMMV of course and just my opinion, E&OE.

Thanks for elaborate reply, I have had mine for six years and only recently changed the gearbox oil, so not sure when it was last changed before that, although it did come with a lot of paperwork I will see if it included a gearbox oil change.  The gears work ok although there was a lot of fine particles on the magnet when I changed the oil.
1984 Campervan 1.9DG Petrol WBX
Top
Post Reply
20 posts