for questions and answers about alternative power transplants on the T25, GTi, Porsche,Subaru etc, this is the place. You must register to post but anyone can read.

Hi Folks,
A lot of the interest in this conversion arose from the reports I posted here after doing my conversion nearly 10 years ago. At that time I offered to email out a batch of documents I had created during my conversion which included details like the engine wiring, etc. I am still receiving the occasional request for copies of these.

However, things have moved on a long way since then and all my information, and much, much more, is now available on a Facebook group specifically for this conversion. You can find this at : https://www.facebook.com/groups/256191624580607.

It has proved a very popular conversion and the group has well over 4,000 members throughout the world.

Not so good for those of us who don't do Farcebook but would be interested.
2.1 LPG/Petrol Auto Caravelle

Rob,
maybe there is a place for info files here in the Wiki?
Gary
Garyd

I think that's a good idea and would be prepared to help out if required.
VW T3 GTi Camper 2,0l
Top

Oh please do, sure you can..
I have AGG problems and been peeping at FaeceBook on the sly,
but I hate it and though they do have a file menu of sorts,
its hardly searchable and the useful info in any conversations,
goes down a scrolling rabbit hole serving AI more than humanity.
Live as if you were to die tomorrow
Learn as if you were to live forever

Could anyone with a 2wd AGG swap please take a couple of measurements for me?
I would like to know the "worst case" vertical clearance at each end of the engine (from fixed points, not ancilliaries*) when using standard 2wd JX engine bars and arms etc.

*although it may well be that the alternator is the highest part of the engine, I'm not quite sure.

The reason being that I have aquired the remains of an AGG but intend to fit a later crossflow head and the later distrubutorless engine management, all from a Mk4 Golf 2.0.
I do know that the crossflow "wrapover" manifold on the later engine is too tall when the engine is at 50/52 degrees, by around 40mm or so.

So I need to know how much height I have to play with, before anything hits the hatch. Which I dont want to raise!

Mine isnt AGG but 2e with PB head. The highest point on mine is the alternator bracket 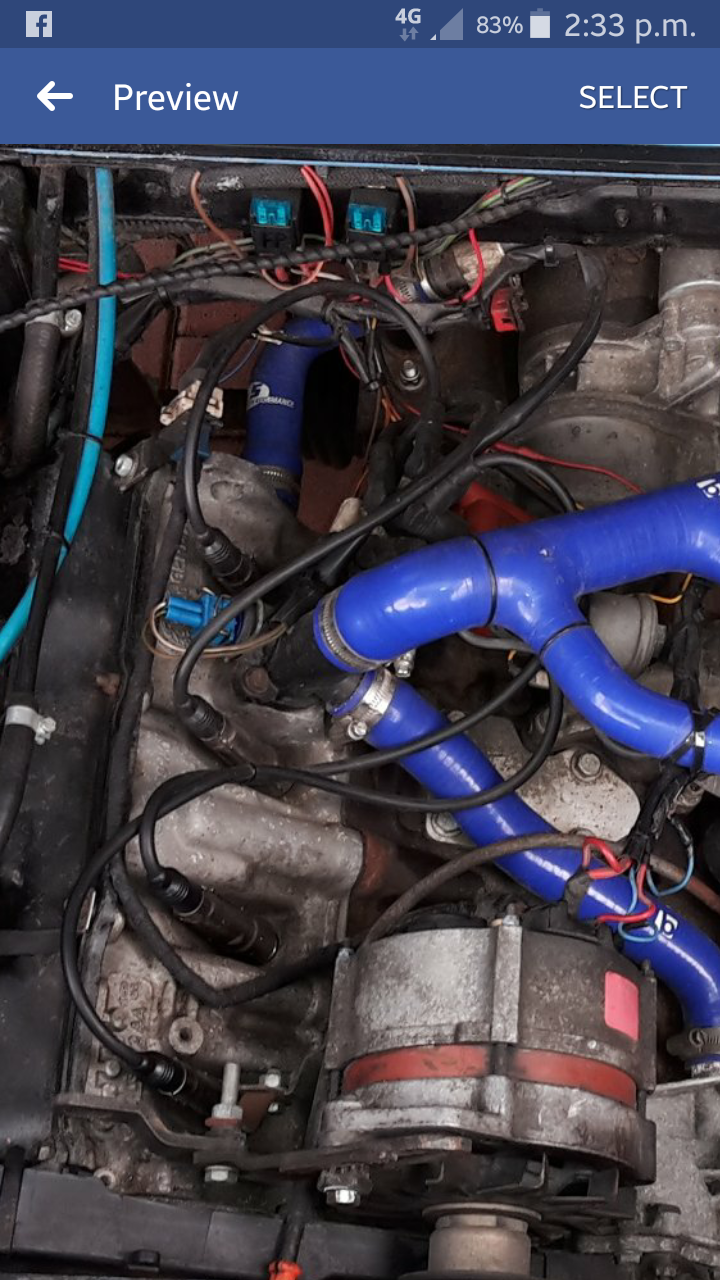 Thanks Tony, could you do me a favour and lay a straight edge on the rear deck and measure down to the highest point on the cam cover?
That will give me a working reference dimension.